The moral questions of the War on Terror

AS PAINFUL as it is to watch at times, Rendition is an important movie.
It examines the morality and value of "extraordinary rendition" - a real-life intelligence programme, in which the American government transfers suspected terrorists to secret prisons around the world, where they are interrogated by local authorities, sometimes for months or years, without access to a lawyer or courts. 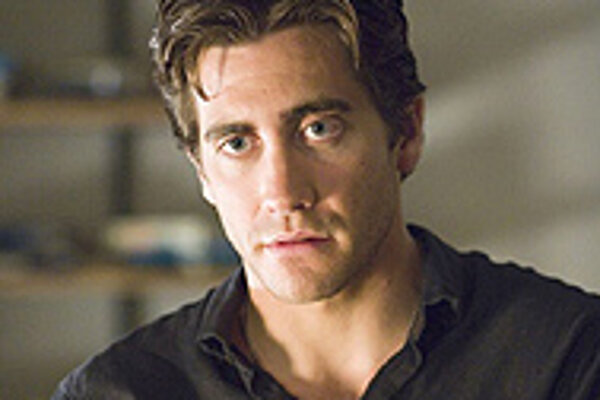 AS PAINFUL as it is to watch at times, Rendition is an important movie.

It examines the morality and value of "extraordinary rendition" - a real-life intelligence programme, in which the American government transfers suspected terrorists to secret prisons around the world, where they are interrogated by local authorities, sometimes for months or years, without access to a lawyer or courts.

In the film, the secret prison is in an unnamed country in Northern Africa. The suspected terrorist is Anwar El-Ibrahimi (Omar Metwally), an Egyptian-born chemical engineer who is married to Isabella (Reese Witherspoon) and has lived in the United States since he was 14. The men supervising his interrogation are Abasi Fawal (Yigal Naor), the local intelligence chief, and Douglas Freeman (Jake Gyllenhaal), a young CIA analyst stationed there.

As the film explains, extraordinary rendition was first authorised under the Clinton Administration, but was greatly expanded by the Bush Administration after the terrorist attacks on September 11. According to information leaked to the Washington Post in 2005, the programme is run by the CIA, which keeps the suspects at secret prisons in unnamed Eastern European countries and Asia before shipping the most valuable of them to Arab allies for interrogation.

(Luckily, in the opinion of most Slovaks, Slovakia has not been mentioned as one of the Eastern European countries that hosts a secret site.)

The film makes it very clear it believes the interrogations do in fact involve torture. Suspected of having been contacted by a terrorist for advice on bomb-making, El-Ibrahimi is taken into custody on his arrival at an American airport from an overseas trip, blindfolded, and erased from the flight's passenger list, leaving it to look as though he never entered the country.

Under orders from CIA officer Corrine Whitman (Meryl Streep), he is then transferred to the unnamed Northern African country, where he is stripped, placed in an unlit cell and interrogated. Subsequent scenes show him being "waterboarded" - a technique that makes him feel as if he's drowning - and electrocuted.

Metwally gives a convincing portrayal of a man in total disbelief. His first reactions are to demand a lawyer and the right to call his wife, but this soon turns to utter fear as his interrogators employ ever harsher methods.

Witherspoon is equally compelling as Isabella, though her limited screen time prevents her character from being fully fleshed out. Her scenes reveal undying loyalty to her husband and courage that leads her to confront Corrine Whitman with anguished questions on her husband's whereabouts.

But the only reason she knows to speak to Whitman is because her college friend, Alan Smith (Peter Sarsgaard), is an aide to a powerful senator. With his help, she finds out the basics of her husband's fate, but the specifics are classified.

Tied into all this is a sub-plot about Fawal's daughter, Fatima, who takes up with a young Arabic man who becomes a suicide bomber. The point of the story seemed to be to examine the roots of extremism, but it didn't go very deep and didn't shed any new light. In my opinion, the movie would have been better off without this part altogether.

The main plot reaches a turning point toward the end when El-Ibrahimi, after days or weeks of torture, finally breaks down and gives the interrogators what they want. At this point, the audience believes he has been lying all along, and could argue that extracting the information from him was justified, if it could save lives.

Perhaps that's true, but what we eventually find out about El-Ibrahimi, and what Freeman (one of Gyllenhaal's most controlled, yet intense performances) does about it, makes you consider where America's greatness truly lies - in its ability to defeat its enemies or its refusal to be like them.