PRIME Minister Robert Fico has still not explained how he acquired and financed a Bratislava-area flat for his mother, Emília Ficová.
The one-bedroom apartment was constructed by the Ikores company, which recently won several lucrative public orders without any tender. 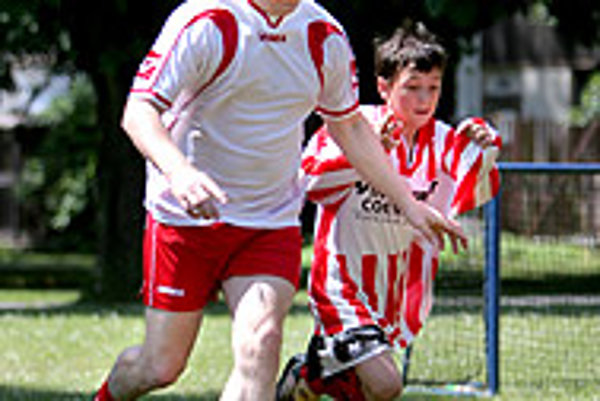 Font size:A-|A+
PRIME Minister Robert Fico has still not explained how he acquired and financed a Bratislava-area flat for his mother, Emília Ficová.

The one-bedroom apartment was constructed by the Ikores company, which recently won several lucrative public orders without any tender.

This year, Ikores has won more than Sk1.4 billion in public contracts. Among them was a contract worth Sk1 billion to build a military archive in Trnava that was handed directly to Ikores without a tender process.

"(Fico) should explain how he acquired the flat, and why he acquired it from the company that immediately got a billion-crown order without a tender," said opposition leader and former prime minister Mikuláš Dzurinda (SDKÚ), as quoted by the ČTK newswire on

Opposition MPs questioned Fico about the apartment during the parliamentary question period on October 24.

"You refuse to answer these details, while you have acquired this flat as a bribe or a kickback from the Ikores company?" SDKÚ MP Viliam Novotný asked.

He added that Ikores recently got lucrative orders from ministries led by Smer nominees - the Interior Ministry, led by Robert Kaliňák, and the Defense Ministry, led by František Kašický - which makes him think Fico could have received the flat from Ikores as a kickback.

Fico answered that the flat on Pažitková Street, in the Ružinov district, is a one-bedroom flat and the owner is his mother.

"I do not know how you right-wingers do it, but we left-wingers are used to helping our parents, and giving back to them what they did for us when we were children," he said, according to the SITA newswire.

He and his brother shared the cost of buying the flat for their mother, who was living in their hometown of Topoľčany, he added.

His spokespeople answered media questions on the matter.

"The prime minister considers it embarrassing that he is asked how much he contributed with his brother to the purchase of the flat for his mother," government spokesperson Silvia Glendová wrote in the Sme daily on

"They do not live off of social benefits. They have had above-average incomes in recent years."

Neither Glendová nor the government press office responded to questions from The Slovak Spectator by press time.

Kopecký was one of the 18 businessmen who accompanied Fico on his official trip to Moscow in May.

Zuzana Wienk of Aliancia Fair Play, a non-governmental anti-corruption think-tank, said a politician who does not answer normal, reasonable questions about things the public has a right to know only supports doubts about his integrity.

"A politician who has nothing to hide should have no problems answering such questions," she told The Slovak Spectator.

Wienk said politicians must accept standard rules of transparency and communication with the public.

"There is a big risk that the public office may be abused for various personal interests, or the business purposes of various lobby groups or other interest groups," she said. "And that is why I consider this so important."

The apartment incident is an extraordinarily sensitive matter, Wienk said, which is why Fico should make it transparent for the public.

"It should be absolutely common for politicians in similar cases to answer the media's questions in detail, and if necessary, even to show documents confirming they had adequate financial means, adequate assets to afford the purchase of such a flat," Wienk told The Slovak Spectator.

She thinks public has the right to know where politicians get their income from.

"And it is commonplace to submit documents confirming how much the flat cost, and if they were given preferential treatment over other clients," she said.

Mečiar, the leader of the HZDS party, still has not said where he got the money from.

And the identity of a donor who sent Sk22 million to the SDKÚ is still unknown, she added.

But only a small percentage of the population calls for answers to such questions in Slovakia, she said. And if politicians fail or refuse to explain these matters, they still do not lose popularity or credibility.

"Unfortunately, I think that this is the sign of a very low political culture in Slovakia - that politicians do not feel any urge whatsoever to react to such cases," she said.