This postcard from 1931 depicts the monument to Ján Hollý in Dobrá Voda. 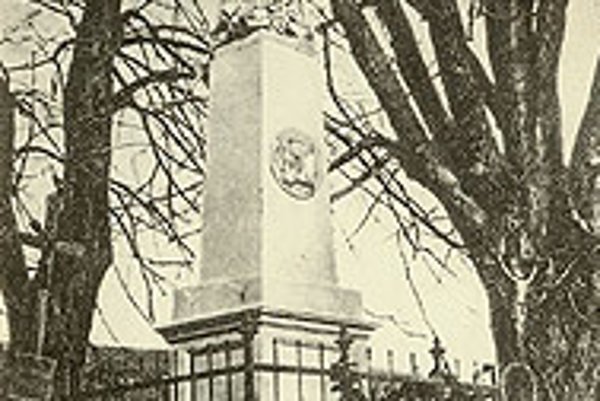 Font size:A-|A+
This postcard from 1931 depicts the monument to Ján Hollý in Dobrá Voda.

Ján Hollý was the most prominent Slovak poet who wrote in Bernolák's early version of the Slovak language, which Bernolák standardised in 1787 and based on the western Slovak dialect.

Hollý, a Catholic priest, arrived in Dobrá Voda toward the end of his uneasy life. He was still suffering from injuries he sustained during a fire in the rectory in Madunice. A gradual loss of sight was his most serious ailment.

Hollý died on April 14, 1849. Five years later, his friends and supporters ordered this monument built in his honour.