Ráž: We will rock your world!

ALMOST 3,000 fans ranging in age from rug rats to retirees filled New York City's famed Carnegie Hall on September 21 for a concert by the legendary Slovak band Elán.
Almost everyone in attendance had either Czech or Slovak heritage, which was obvious from the camaraderie between them. 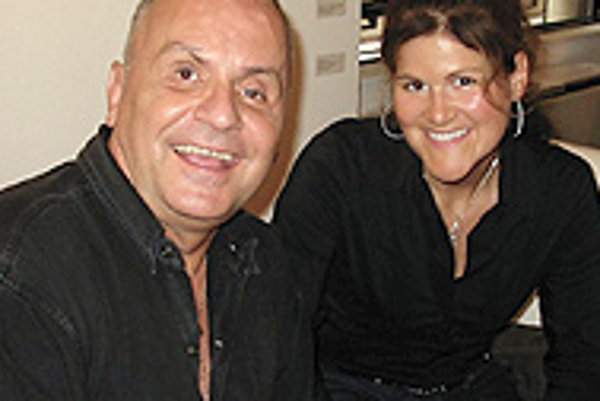 Almost everyone in attendance had either Czech or Slovak heritage, which was obvious from the camaraderie between them.

Any surprise that Carnegie Hall doesn't serve pivo during intermission soon faded away at the sound of Stužková, Elán's hit song about the carefree time of life just before high school graduation. The audience was literally singing and dancing in the aisles.

The concert ended with three encores. The next day, The Slovak Spectator spoke with lead singer Jožo Ráž, who made up for his limited English with his infectious smile.

The Slovak Spectator (TSS): The concert was amazing, with three encores. Is that typical?

Jožo Ráž (JR): No. Everything about the evening was special. The tour, the audience, everything was the best of the best.

TSS: What's your impression of New York City? How has it changed since you were last here in 2001?

JR:People here seem not as happy, and it looks like it's getting worse. People seem depressed.

TSS: Moving on to your music, one of the great things about Elán is your ability to reach audiences of all ages. What do you think is your appeal?

JR: Our lyrics speak to everyone. People find qualities that are full of intelligence, and timeless.

TSS: What's it like to be on tour all the time?

JR: Touring is hard. We play more than 250 concerts a year. I credit my beautiful wife of 40 years for her strength and wisdom.

TSS: Do the band members get along off-stage?

JR: We collaborate well psychologically because we have a true working relationship. We don't mix business and pleasure. This gives us a sense of independence and a lot of respect for each other. Anyone late to rehearsals is fined Sk100 a minute. Sometimes this means we have Sk28,000 to divide among ourselves and sometimes Sk80,000, which we always spend on drinks together, but it gives us a sense of serious commitment to each other.

TSS: Did you know from the start that you would be successful?

TSS: If you were not a rock star, what would you be?

TSS: You only performed one song in English during the concert - a Beatles tune. Do you have any plans to make more albums in English?

JR: We tried translating our lyrics into English in the past, but I think the beauty gets lost in translation. Quality is the most important thing, so there aren't any plans right now for more albums in English.

TSS: How do you think digital media and the internet have affected the music industry?

JR: I'm not a fan. I think the internet is stopping people from having real human contact, and that's terrible.

TSS: So what keeps you balanced in life?

JR: Women are 98 percent of my inspiration, so my wife, who's a dancer, is a muse who continues to inspire me. My two children as well.

TSS: What's next for Elán?

JR: Beijing, China. Watch out China, we are going to rock your world!