Building the NGO sector in Slovakia

"I BELIEVE that funding is secondary - first you need the idea and faith and drive behind it," says Lenka Surotchak, the director of the Pontis Foundation. 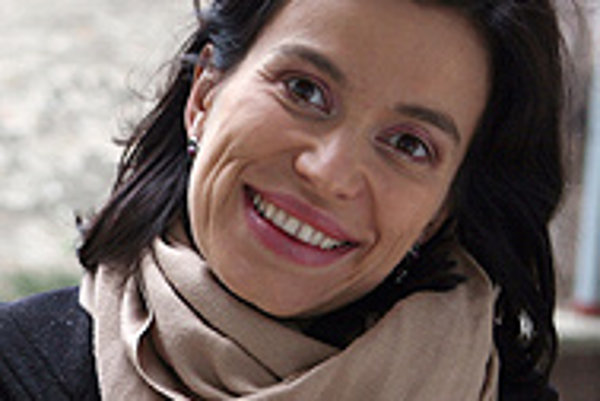 "I BELIEVE that funding is secondary - first you need the idea and faith and drive behind it," says Lenka Surotchak, the director of the Pontis Foundation.

Surotchak's faith and drive has led her to study and work in both Slovakia and the United States, all so she could help others through the non-governmental organisation sector.

From an early age, Surotchak had a clear idea about her future career - she wanted to be a foreign correspondent.

"I was always attracted to other countries," she says, "and to me it seemed like one of the best ways to get to a country, live there, get to know the people and events happening there and do something useful for others by providing them with the news from that place."

To follow her dream, Surotchak chose to study journalism at Comenius University in Bratislava. And even though she changed her plans and never really went into journalism, she stayed true to the idea of doing something useful for others by getting involved in the NGO sector. Surotchak says she chose to leave journalism because she wanted to be a part of the ground-breaking work of building the NGO sector in Slovakia.

"And once I was personally involved, I realised that yes, this is something worth all of my energy and my full commitment," she says.

Surotchak started working for Pontis Foundation, at the time called the Foundation for a Civil Society, in 1995. That year the foundation was one of the most important in the country, she says, as it started seriously contributing to the development of civil society and NGOs in Slovakia with US government funds.

"Our key contributions were introducing a transparent system of making grants; engaging experts from local communities in decision-making processes; bringing up many new concepts such as public policy, corporate philanthropy and volunteerism; and showing with pilot projects that these concepts could also become rooted in Slovak society, building upon the pre-Second World War past," she explains.

After some time with the Pontis Foundation, she felt that she could accomplish some of her work much better if she had a more specialised education to help her meet her goals. On top of that, she also needed some time to relax and reflect.

"Working for a non-profit organisation is a very demanding job, and after a while you get to the point where you need to gather some fresh energy and ideas in order to go on," Surotchak says.

She was successful enough to win the Fulbright Fellowship, which let her do a one-year Master's programme in NGO management at New York University in New York City. She also got funding from a university scholarship and the McLean Fellowship from the International House, where she was living in New York.

After graduating from university, Surotchak stayed in New York for another four years to work for different non-profit organisations.

"The US is the country that had the most relevant experience to what I was interested in, both in theoretical as well as practical terms," she says.

Surotchak says she could go on and on about what she appreciates most about her international experience: the opportunity to learn in a way that was not common in Slovakia; subjects that were not covered by Slovak universities; the depth of the knowledge of professors and scholars and their availability to share and spend time with students; the class discussions with American and other foreign students. . . .

She also recalls the days and nights she spent at the libraries, absolutely fascinated by the access to "literature that I could only dream about in my home country".

"You just reminded me how much I really loved being a student," Surotchak says with a smile.

However, that doesn't mean she loves working for Pontis any less. She finds working in an NGO fascinating for its challenges and freedom.

"In other words, this job has neither borders nor boundaries," she says. "You can go as far as you can think of."

Even the lack of funding that one could expect her to complain about does not trouble her. The Pontis Foundation has built partnerships with many key donors who have supported their projects for a long time and are always open to listen to new ideas and trust the foundation. These donors are the reason why Surotchak can afford to say that funding is secondary if you have good ideas.

Surotchak has spent her whole professional life working for Pontis, and her future plans are also closely connected with the foundation. She wants to continue building on the work that's been done: interacting with Slovak NGOs and corporations, helping civil society leaders in Cuba and Belarus bring about democratic changes, assisting Serbia with EU integration and helping Serbian NGOs with financial sustainability.

"Moreover, staying the course of value-based foreign policy and being a more active player in Brussels in that sense," she says.