JUST one year after it was branded one of the least-prepared candidates to enter the Schengen zone, Slovakia got the go-ahead to join Europe's border-free area on November 9.
The country will march into the Schengen area along with eight other EU countries at midnight on December 20. 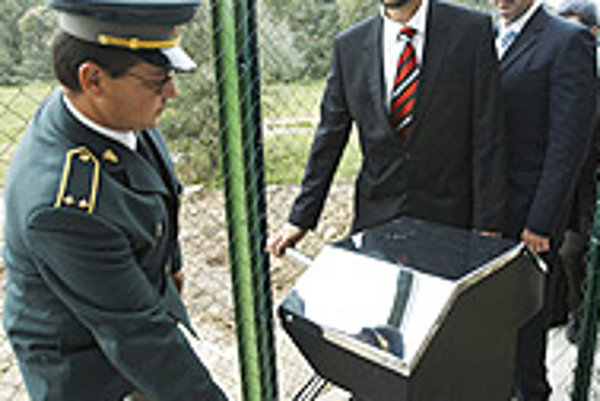 Font size:A-|A+0
JUST one year after it was branded one of the least-prepared candidates to enter the Schengen zone, Slovakia got the go-ahead to join Europe's border-free area on November 9.

The country will march into the Schengen area along with eight other EU countries at midnight on December 20.

Slovakia's entry to Schengen will tear down the last barriers that have separated Slovakia from the rest of the European Union since 1989, Slovak Interior Minister Robert Kaliňák said, after the interior ministers of the 27 EU member countries concluded that Slovakia was ready for Schengen.

"We have eliminated all the shortcomings," Kaliňák told the SITA newswire. "Today we are no longer criticised, and if so, it is only for minor issues that have been eliminated as well."

The Schengen zone will guarantee the free movement of Slovak citizens across the borders of other member countries, said Ľudmila Staňová of the Interior Ministry's communications department.

The evaluation period for countries' readiness to enter the Schengen zone lasted two years. One of the main requirements was to get plugged into the electronic database that makes it possible for EU members to share information about the people, cars and objects that are searched.

The security situation at the borders was another major condition that Slovakia had to meet in order to qualify for the zone. A year ago, Austria said it would withhold its support unless Slovakia's eastern border was properly secured.

It cost Slovakia about Sk3.5 billion (€104.2 million) to bring in the measures to make it ready for the Schengen zone.

To bring the security of the eastern border up to snuff, Slovakia invested approximately €52 million, without VAT, from the Schengen Fund. The Slovak government spent another €10 million to co-finance the project, which was covered by the ministries that draw finances from the Schengen Transition Fund, Staňová said.

While state officials are celebrating Schengen membership, observers say the number of people who might try to enter Slovakia illegally from Ukraine might increase.

"With Slovakia's membership in the Schengen zone, the problem of illegal migration from Third World countries and its consequences becomes a shared concern for all the member countries," Staňová said.

The Interior Ministry has been working on measures to get Slovakia ready to handle the added pressures from the east, she said.

But the Slovak Immigration Office said it does not expect any major changes at the eastern border.

"While in 2004, 11,395 foreigners applied for asylum in Slovakia, in 2006 the number stood at 2,849," Anna Šidová, director of the Immigration Office's organisational and legal department, told The Slovak Spectator. "So I personally think that the country's entry to Schengen will not create any major pressure on our eastern border."

The Interior Ministry said the fight against illegal migration is not only about eliminating a high number of illegal immigrants. The ministry is also seeing a link between illegal migration and the activities of international criminal groups, Staňová told the Spectator.

"These create an organised base mainly for human trafficking (for example for slavery, the sex trade and sexual abuse), the spread of narcotics and smuggling, but also international terrorism," she added.

In October, Austrian Interior Minister Günther Platter praised Slovakia for its readiness to enter the Schengen Zone when he visited the Slovak-Ukrainian border. A year ago, Platter was one of the biggest critics of Slovakia's preparedness for entering the border-free zone.

In early October, an evaluation committee of the European Union said the border controls at the Bratislava airport were in line with the Schengen requirements. The international airports in Košice and Poprad also met the requirements.

"In the coming period, the focus will mostly be on educational projects, mainly in the language skills of the police," Kaliňák said back in October.

The airport preparations included building separate premises for Schengen and non-Schengen passengers, re-constructing the border control booths, building back offices for police to deal with passengers with anti-social behaviour, and creating space for people denied entrance to the country, the SITA newswire wrote.

Since the 2006 evaluation report, Slovakia has made progress in several areas. Border crossings were built at the Slovak-Ukrainian border in Ubľa and Vyšné Nemecké, while buildings for border control units were reconstructed, according to Staňová.

"Thanks to this, Slovakia has met all four criteria from the European Commission, in the areas of protection of personal data, ground borders, air borders and the Schengen information system," Staňová said.