IT PAYS to be part of a ruling coalition party if you're the head of a local government, a new report from the Transparency International Slovakia (TIS) anti-corruption NGO has found. 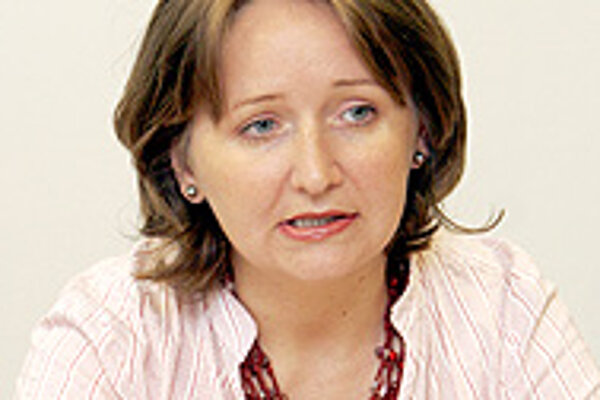 Font size:A-|A+0
IT PAYS to be part of a ruling coalition party if you're the head of a local government, a new report from the Transparency International Slovakia (TIS) anti-corruption NGO has found.

That applies to both today's ruling coalition, led by Smer, the Slovak National Party (SNS) and the Movement for a Democratic Slovakia (HZDS); and the previous coalition of the Slovak Democratic and Christian Union (SDKÚ), the Christian Democratic Movement (KDH) and the Hungarian Coalition Party (SMK), the report found.

More public subsidies go to communities where the mayors are nominees of the current ruling coalition, according to TIS. The report looked at statistics from the Finance Ministry, the Envirofond environmental agency, and the cabinet office's programme for sports fields.

"We found out that villages where the mayors are from coalition parties get extra subsidies compared to the villages that are headed by mayors from the opposition," TIS president Emília Sičáková-Beblavá told The Slovak Spectator.

This year, Finance Ministry subsidies went to 590 projects in villages and towns led by representatives of the coalition parties. Communities with opposition party mayors got 42 projects.

"These figures show that it was impossible for this to be a coincidence; that it is a party cronyism," Sičáková-Beblavá said. "And in our opinion, the distribution of resources for the communities is decided at the government level."

"It is complete nonsense," Environment Ministry spokesman Peter Višváder told the Hospodárske Noviny economic daily in a story on November 9. "Nobody has ever mentioned the party membership of the mayors, nor is it stated in the application for a subsidy."

"We tried to allocate the subsidies to small villages in eastern Slovakia, which is the least developed region," Finance Ministry spokesman Miroslav Šmál told the Markíza TV channel on November 10.

But TIS analyses of more than 50 documents showed that the central offices do not follow clear and strict rules when they allocate resources to communities, Sičáková-Beblavá said.

"You can conclude from the documents that the decision-making on the allocation of these resources was made in an unclear and lax way," she told The Slovak Spectator.

For example, the Finance Ministry has not yet published the allocation process for subsidies on its website, she said.

Moreover, when TIS asked ministry officials for information about how the subsidies were allocated, it did not get any.

"Nobody from the Finance Ministry could give it to us," she said. "So we think such criteria simply never existed."

The TIS would welcome any moves from the ministry to make its subsidy process more transparent, she said.

But the ministry wasn't the only body with an unclear subsidy programme - Envirofond showed a similar pattern, Sičáková-Beblavá said.

"I do not consider it an accident that in the last term, most of the subsidies went to the villages in southern Slovakia, and the ministry was led by the ethnic Hungarian SMK party," she said. "And now it is the parties of the current ruling coalition (that are favoured)."

Clear criteria on the allocation of subsidies must be set, Sičáková-Beblavá said. It is also important to publish who got subsidies, and why.

"This information is not common at all on the websites of certain ministries and offices," she said.

TIS also supports publishing the names of committee members who influence decisions on where subsidies are allocated.

"It is necessary to take the process of publishing information more seriously," she said.

"It gave up control over a big amount of money," she said. "So the 'demijohn' method of (loosely) distributing the resources was limited to a big extent.

"However, the government was not able to give up control over the rest of the public money that goes into local governments. And that is something the current ruling coalition can complete."

The TIS will continue to watch how the public resources are handed out, Sičáková-Beblavá said:

"And we will discuss it with those who distribute these resources."