Velvet Revolution did not free people from responsibility: Gál

ON NOVEMBER 17, 1989, the Public Against Violence (VPN) movement led by Fedor Gál started organising demonstrations and meetings every day with the goal of bringing down the totalitarian communist regime. By mid-December, they succeeded. 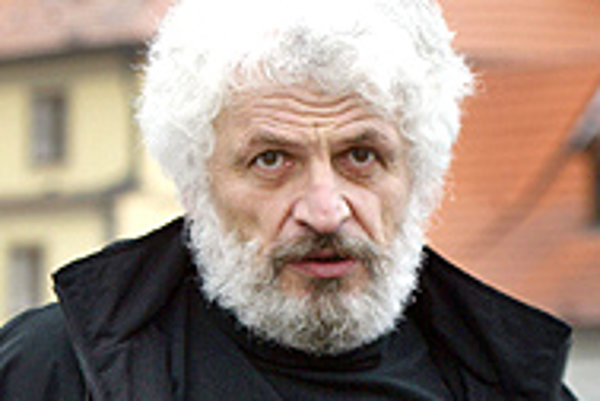 Font size:A-|A+
ON NOVEMBER 17, 1989, the Public Against Violence (VPN) movement led by Fedor Gál started organising demonstrations and meetings every day with the goal of bringing down the totalitarian communist regime. By mid-December, they succeeded.

The demonstrations, and similar actions by the Czech Civic Association, were part of what is known as the Velvet Revolution.

"In June 1990, this movement won the first free parliamentary elections in Slovakia since 1948, when the communists took power," Gál said.

Gál was born on March 20, 1945 in the Terezín concentration camp.

"My pregnant mother went there with my brother, Egon, from the Slovak reception camp in Sereď through a detour in Auschwitz," he wrote on his blog. "I never learned why we were diverted from the route to the Auschwitz crematoriums. Similarly, I have never found out where my father was shot down, when he failed to continue in the 'death march' at the very end of the Second World War during the movement from the Sachsenhausen concentration camp."

After Czechoslovakia split up and Vladimír Mečiar came to power in 1992, Gál moved to Prague. He became co-owner of a private TV channel, Nova. He later sold his shares and founded the GplusG publishing house.

Gál is now an associate professor in the social sciences department at Charles University in Prague. He works for several foundations, especially for the Milan Šimečka Foundation, a human rights NGO.

The Slovak Spectator (TSS): When you look back at the events of November 1989, how do you feel? Did everything happen in the way it should have?

Fedor Gál (FG): In the middle of action, the situation keeps changing from one minute to another. Unexpected things are normal. However, we resolved to accomplish two things at the beginning of the revolution: abolishing Article 4 of the constitution, stating the leading role of the Communist Party; and holding free elections. Both things came true in the summer of 1990.

TSS: How was it possible that no violence occurred, if we do not count the events from Prague from November 17? [A student demonstration in Prague was broken up by riot police - Ed. note] At the time, Czechoslovakia was a totalitarian state with all the repressive institutions that totalitarian regimes have. Was the whole system already in the process of decay and decline?

FG:There was no physical violence, but in many institutions, "hand-to-hand combat" took place. However, the crucial point was no longer the regime itself, which did not prove viable and split, but individual interests, careers and profits. And as it was clear that the change was irreversible, and that there would be no settling of accounts, even the communist elites of the former regime got engaged in the fight.

TSS: Your face is connected with the Velvet Revolution. You have become its personification, as Václav Havel became in the Czech Republic. However, you did not get involved in politics. Why?

FG: I have explained it many times. I had the impression that I did not fit in with politics. I wished to spend the rest of my life more freely than the role of an active politician allows.

TSS: Was it a mistake to be the chairman of the VPN, but to avoid all real political functions and positions? Some people interpreted this, at the time, as meaning that you did not want to take responsibility for the course of things.

FG: The role of the chairman of Public Against Violence came with a lot of responsibility. But I warned everyone around me, as early as the beginning of 1990, that after free elections, I would start searching for another path in my life. Even today, I would not trade my career for freedom.

TSS: During the Velvet Revolution, a lot was said about ethics in politics. It may be enough to quote Havel's words, "Let truth and justice win over lies and hatred". Currently, many intellectuals see ethics in politics very skeptically. Why do you think this is?

FG: Intellectuals have always preferred chattering to taking action. That is the first thing. Another thing is that, when confronted with the lure of power, people tend to forget their resolutions - intellectuals as well as others.

TSS: In the first half of the 1990s, in Slovakia, populism was represented by Vladimír Mečiar. Today, many political analysts agree that a populism of a similar kind has risen, this time represented by Robert Fico. What do you think, as a social scientist - why has populism returned?

FG: Populism has always been the simplest way to gain electoral votes. But Fico is a serious populist. He did not notice what happened November 1989; he struck a coalition with "the lowest level nationalism"; he waves the valaška (traditional hatchet) and claims that the robber Jurko Jánošík was the first Slovak social democrat; he destroys reforms that proved to be useful; he lets nature take its course when Slovak-Hungarian tensions escalate; etc. I think he equals Mečiar in the damage he has caused.

TSS: You were forced by Mečiarism to move to the Czech Republic, in a way. How do you see your departure for Prague today?

FG: It was my free decision. I do not regret it.

TSS: So the Velvet Revolution brought us freedom and the establishment of a democratic regime, but it did not automatically bring ethics in politics.

FG: This was not the Great October Socialist Revolution [the bloody revolt in 1917 in Russia, led by Vladimír Lenin, which overthrew the monarchy and installed the communist government - Ed. Note] to free people from responsibility for their own deeds. Citizens of Slovakia elected Mečiar, Slota and Fico freely.

When G.K. Chesterton was asked by a poll in The Times, "What fundamental matter should be changed in the world of today?", his answer was "Me".

TSS: Why do you think even the current opposition parties have failed to press more for ethics in politics, and have been involved in various scandals, even corruption scandals?

FG: It is because they favoured personal and group interests. They wasted the potential trust they had in a scandalous way, and they opened the door to government to Fico for two terms.

TSS: Do you think Slovakia has found itself in a crisis of values?

FG: Individual people are in crisis. Read Chesterton's answer to the poll question in The Times one more time. It is a recipe for solving the so-called "crisis of values".

TSS: You have never concealed your Jewish roots. How do you, as someone born in Terezín, feel about today's apparent revival of anti-Semitism, which seems to be rising across Europe?

FG: On November 10 [when a demonstration of neo-Nazis was expected in Prague this month - Ed. Note], I was in the streets with thousands of others. The neo-Nazis were defeated. However, tomorrow it will be necessary to go out to the streets again, and then again and again. The fight with the evil has no end, it just cannot be given up.

TSS: Why is it so, in your opinion?

TSS: In Slovakia, there have been some controversial actions that seem to be aimed at rehabilitating Jozef Tiso and the Slovak state from between the world wars, which was a satellite of Germany and deported 70,000 of its citizens, mainly Jews, to death in concentration camps. What do you think?

FG: The rehabilitation of Tiso would spit in the eyes of the dead victims from Terezín, Sachenhausen, Auschwitz, and the other places where these people were killed for the 500 marks that Tiso's regime paid to the Reich for every deported person.

TSS: Do you consider it right to pass a bill honouring Andrej Hlinka: a man who died shortly before the fascist Slovak State was founded, but on the other hand, a man who became - although only after his death - the embodiment of the ideology of this state?

FG: I consider it absurd. Politics is primarily about symbols, and symbols must be treated sensitively, if they are meant for everybody. For me, Hlinka's party is the symbol of a totalitarian party of a fascist state, and the Hlinka Guard is its armed force. I really do not care that Hlinka was not alive anymore by that time.

TSS: Let's go back to the beginning of this interview. What happened to the love and justice that was supposed to win, as Václav Havel promised on the platforms of the Velvet Revolution?

FG: I consider Václav Havel's statement, "Let truth and justice win over lies and hatred," to the first populist statement that I heard after November 1989 from a true politician. Truth and justice can never win over lies and hatred, they can just wage an endless fight; as good and evil do not exist in the normal life in a clear and separate form. We find them mixed in one person, in a community, in a society. . .

However, I do not wish to call Havel a populist. It is just a statement that a certain dose of populism is an innate part of politics. Of course, the populism of people like Mečiar or Slota is different from that of Václav Havel. Havel's populism is meant to awaken positive emotions in people - hope, motivation. Slota's populism, for example, addresses their lowest drives and negative emotions. And there is also a difference between politicians who use populist slogans when asserting their personal interests, and those like Václav Havel.

TSS: So in your opinion, did November 1989, the whole Velvet Revolution, not help with love and truth?

FG: The truth is that the positive energy of this historical turn of events exhausted itself very quickly. Now we are already in the so-called "ordinary" world. Me personally, I am happy that I lived long enough to see this world, and that I can - with mistakes and faults - defend my idea of truth and love in it, and at the same time behave pragmatically, at least sometimes.

TSS: You are a prognosticator, too. What can Slovakia expect in the future, in your opinion? How will it develop?

FG:Slovakia, to paraphrase G. K. Chesterton one more time, will develop according to what our children will inherit from us, what social conditions they will be born to, and how they will handle it themselves.