Investments a boon for shipping

WITH industrial production growing in Slovakia, the market for services and facilities that deal with the flow of goods is not likely to slow down any time soon.
Investments in new logistics (or supply management) centres and parks are increasing and they are expected continue over the next few years, insiders say. 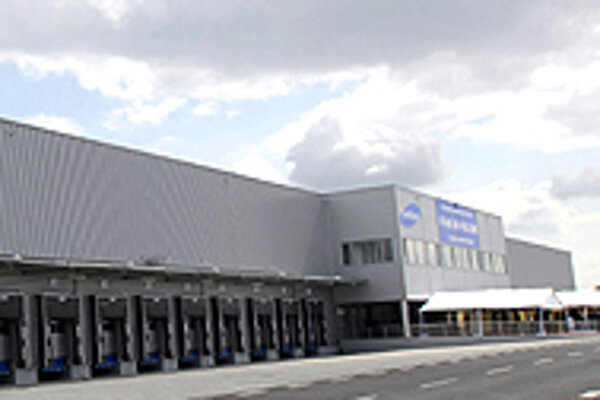 Font size:A-|A+
WITH industrial production growing in Slovakia, the market for services and facilities that deal with the flow of goods is not likely to slow down any time soon.

Investments in new logistics (or supply management) centres and parks are increasing and they are expected continue over the next few years, insiders say.

New storage and logistics centres with a combined area of 110,000 square metres were built in Bratislava and Senec in 2006, according to a J&T Finance Group report on the real estate market. Last year, the increase in this type of facility equalled the level of the increase in 2004 and doubled the increase of 2005.

Slovakia currently has 860,000 square metres of storage and logistics space. The biggest demand for logistics facilities comes from retail chains and the automotive industry.

"The construction (of logistic premises) will continue over the next few years, mainly spurred by the influx of suppliers for the automotive industry and the producers of electronic equipment and facilities," reads the J&T report.

The expansion of retail chains will also contribute to the continued demand for high-quality storage space, the report says.

Richard Lukačka of the Profinal company, which is developing a logistics centre in Ivánka pri Dunaji near Bratislava, agrees that the large investors and their suppliers have a major role in the growth of new storage and logistics facilities.

"Slovak firms will also contribute, but to a smaller extent," he added.

Lukačka said foreign companies are mainly interested in the new, modern logistics centres, while Slovak companies still consider price to be the main factor in their choice, even at the expense of quality.

"The local companies very often prefer sitting in old halls and storage rooms which were built during socialism and are rented for lower prices," he told The Slovak Spectator.

According to J&T, rental prices for old storage facilities in Bratislava continued to grow mildly last year. In 2006 the prices increased by €0.10 year-on-year, to €3.10 (Sk102) per square metre per month.

"The prices for storage facilities in Bratislava are growing, despite the fact that they are old, mainly due to the still-limited range of Bratislava storage premises available," the report reads.

The rental prices for new storage and logistics centres were stable last year, J&T wrote. They stayed at the level of €3.50 to €4.50 per square metre per month.

"Despite dynamic growth in the number of new premises, no price drop similar to the one in 2005 was repeated," the report said.

Bratislava's logistics and storage centres are mainly located in the suburbs and Petržalka. The city is not expected to see a large increase in this type of facility, according to J&T. The largest construction boom of logistics centres is concentrated in the area around Bratislava, mainly in and around Malacky and Senec, which are expected to have more projects in the near future.

"In Bratislava itself, only two logistics projects were finished in 2006: Bratislava Business Park, with an area of 8,000 square metres, and the extension of the logistics park in Devínska Nová Ves, with an area of 2,500 square metres," reads the J&T report. "In Senec, however, four large projects were completed, which meant a record increase of new storage area. The Parkridge developer contributed the largest portion."

The areas near the large investors and their suppliers are also growing, Lukačka of Profinal added - with investors such as Kia Motors near Žilina, PSA Peugeot Citroen near Trnava, Samsung near Galanta, and Sony Slovakia near Nitra having the biggest effect.

HB Reavis: Just two months ago, this developer finished a large logistics centre in Svätý Jur, six kilometres from Bratislava. The overall rental area is more than 31,000 square metres. The developer is also planning to build large logistics and storage centres near Malacky in the planned industrial and technology park called Slovak Eurovalley. On top of that, at the beginning of 2008, HB Reavis wants to start building a logistics centre near the PSA Peugeot Citroen car factory in Trnava. The total rental area should reach 240,000 square metres.

Gebrüder Weiss: This Austrian logistics company is building a new storage centre within the largest logistics park in Slovakia, near Senec. The developer will build a storage area of 15,000 to 20,000 square metres, which is three times more than the company has rented out so far. From 2007 to 2008, the company will invest about €4 million into this project

C&A: After entering the Slovak market in March, this Dutch clothing company is planning to build a logistics park here. The park will employ 270 people.

Profinal: This developer started construction on a new logistic centre in Ivánka pri Dunaji, near Bratislava, in September 2006. Its preliminary completion date is planned for March 2008. The new and renovated logistics and storage facilities should offer more than 28,000 square metres of space.

Aldi: The well-known retail chain will develop a logistics centre in Šoporňa, Trnava Region, worth Sk600 million. It will supply Aldi stores in western and eastern Slovakia. The retail company itself will open its stores in Slovakia in 2008. The company is planning to start construction in the spring of 2008 and it should be finished two years later. The area of the logistics centre should reach 66,000 square metres.

B.E.M.: The company wants to build a logistics centre in Bratislava, called LogiBox, with 3,500 square metres of storage space. It is scheduled to be finished this year.