THE MUSICIANS at the Slovak Philharmonic are tuning their instruments and straightening their bowties in preparation for the Bratislava Music Festival (BHS), the country's largest annual music festival, which runs November 23-December 7. 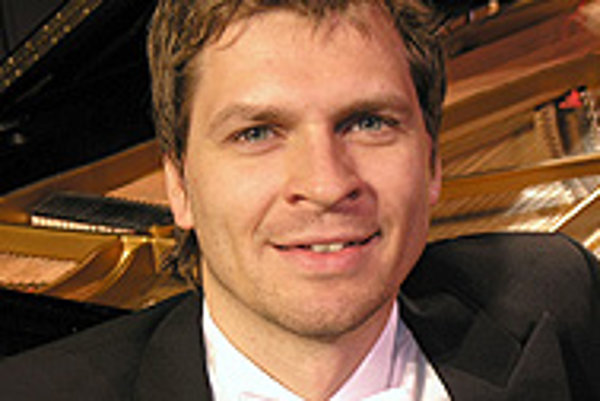 Font size:A-|A+0
THE MUSICIANS at the Slovak Philharmonic are tuning their instruments and straightening their bowties in preparation for the Bratislava Music Festival (BHS), the country's largest annual music festival, which runs November 23-December 7.

This year's festival, which was moved back several weeks from its usual date in September, features 25 concerts by musicians from 23 countries, including some of Slovakia's finest artists. As well as Christmas orchestral concerts and concerts with historical and cultural themes, the programme includes the festival's prestigious New Talent - SPP Foundation Award competition for young artists, ballet and opera performances.

The festival will also be the setting for the debut of two compositions commissioned for the event. The concerts will take place at the Reduta, the Primate's Palace, and Klarisky Church, among other venues in Bratislava.

"The dates of the festival had to be changed because of renovations at the Reduta that we didn't know how the public would react to," Marián Lapšanský, the director of the Slovak Philharmonic, told The Slovak Spectator. "From the fact that some of the concerts are sold out already, we can tell the most important thing is what the festival has to offer, not its date."

The BHS begins with the semifinals of the International Forum of Young Performers competition (Reduta, November 23 at 17:00 and 20:00), which was set up by legendary violinist Yehudi Menuhin in 1969 to award young European musicians for excellence in the arts. It is organised by the European Broadcasting Union on behalf of the International Music Committee UNESCO, and co-organised by Slovak Radio and the Slovak Philharmonic.

"These eight young musicians were chosen a few months ago by an international jury who heard them in Bratislava," Lapšanský said. "First, they'll perform some chamber concerts, after which the jury will chose just three to advance to the finals, where they will perform with the Slovak Radio Symphony Orchestra."

That concert will feature the finalists playing Dances of Galanta by Hungarian composer Zoltán Kodály under the leadership of young Turkish conductor Alpaslan Ertüngealp (Reduta, November 26 at 20:00).

"In my experience, all the finalists of the competition, not just the winner, go on to have international music careers," Lapšanský said.

The BHS officially opens with the Slovak Philharmonic playing pieces by Edward Elgar, Dmitri Shostakovich, and the underappreciated Slovak composer Ján Levoslav Bella (Reduta, November 24 at 19:30). The conductor is Alexander Rahbari from Iran and the cello soloist for the Elgar is Alban Gerhardt, from Germany.

That same night, the Slovak National Theatre (SND) will perform the first of its opera premieres during the festival, The Coma by Slovak composer Martin Burlas, which the theatre management commissioned (new SND building, November 24, December 3, December 6 at 19:00).

Born in 1955, Burlas studied composition with Ján Cikker, one of the main exponents of modern Slovak music, and has been called one of the most distinguished composers of the "middle generation".

The Coma is a one-act chamber opera with a Slovak libretto by Czech poet Jiří Olič. According to the SND website, it is an "avant-garde and magical magnifying glass that probes humanity's desires, dreams, and sorrows since childhood".

Another of the festival's highlights is a concert by the Czech National Symphonic Orchestra, featuring its conductor Libor Pešek, its co-founder and trumpet soloist Jan Hasenöhrl, and famed American jazz bass trombone player Chris Brubeck, the son of legendary jazz great Dave Brubeck (Reduta, November 29 at 19:30).

This is the first of the festival's concerts that was arranged with support from the American Embassy in Bratislava.

As well as excerpts from the musicals Girl Crazy by George Gershwin and West Side Story by Leonard Bernstein, the concert includes the world premiere of Brubeck's From the Blues to Beyond, which he wrote specifically for the BHS.

"From the Blues to Beyond is based on a simple blues progression that actually has similarities to the simplest kind of church hymn music," Brubeck told The Slovak Spectator. "However, I take things way beyond the blues, even though it is the foundation of this piece. In the third movement, there's even African-influenced polyrhythms."

The Czech National Symphonic Orchestra will perform another of Brubeck's compositions, Convergence.

"Both pieces reflect my composition style, which means there are elements of pure classical music but also jazz, funk, and Latin styles," Brubeck continued.

Over the next two evenings, the SND will stage its second and final opera premiere of the festival, Lucrezia Borgia by Gaetano Donizetti (historical building of the SND, November 30 and December 1 at 19:00).

The opera's plot centres on Lucrezia Borgia, the Renaissance noblewoman from the infamous Borgia family, whose name has come to epitomize corruption, excess, and assassination. For the opera's bel canto style, which requires vocal precision and agility, the SND has chosen some of its finest soloists, including soprano Adriana Kohútková and tenor Jozef Kundlák.

Another of the festival's major concerts features the Orchestre de Chambre de Toulouse, with its artistic leader Gilles Colliard and clarinet soloist Staffan Martensson (Hall of Mirrors at the Primate's Palace, December 1 at 17:00). The concert received support from the Institut Francais Bratislava.

The programme includes pieces by 20th century composers Lars-Erik Larsson, Shostakovich, Béla Bartók, and iconic Slovak composer Eugen Suchoň. The highlight is the chamber orchestra's performance of Suchoň's Serenade for Strings and the premiere of Fusion, a new work by Colliard.

"This will be our first experience playing Suchoň, which is why we chose this piece," Renaud Gruss, the orchestra's general administrator, told The Slovak Spectator. "The idea is to present music from both countries, which is why we're also premiering the work by our artistic director, Colliard."

Renaud revealed the festival has already had a lasting effect, before it's even begun.

"In March, we will perform the Suchoň three more times in Toulouse," he said. "Then the Echo choir from Bratislava will come to Toulouse to perform Requiem by Jean Gilles, a French composer who lived in Toulouse in the 17th century."

One of the festival's final major concerts will be an "American-Slovak evening" featuring the Slovak Sinfonietta Žilina, with American piano soloist Andrew Brownell and Slovak conductor Martin Majkút (Reduta, December 4 at 17:00).

This is the second and final concert of the festival that was arranged with support from the American Embassy in Bratislava.

The programme includes Planctus by Slovak composer Ladislav Burlas, the Piano Concerto in A-minor by Bratislava-born classical composer Johann Nepomuk Hummel, and the world premiere of Arboretum I, a composition by America-based Slovak composer Joseph Kolkovich, which was commissioned by the BHS.

Majkút has been studying and working in the United States since 2003, when he started attending the University of Arizona School of Music as a Fulbright Scholar.

Since then, he has been appointed a Studio Artist in Conducting at the Arizona Opera and currently serves as a Resident Conductor at the Southern Arizona Symphony Orchestra.

"I'm very happy the festival has an American-Slovak evening," Majkút told the Spectator. "I guess it applies to me when you look from Bratislava, and it definitely applies to Kolkovich, who emigrated to America in the late 1970s."

On the topic of Andrew Brownell, Majkút said: "I haven't worked with Andrew yet, but he won the Hummel International Piano Competition in Bratislava in 2005, so I'm sure he'll be virtuosic in the evening's concerto."

And on Arboretum I, Majkút continued: "I had the pleasure of meeting Kolkovich through our mutual friend in Slovakia, the composer Vlado Godár. I worked closely with him on this piece, and recommended some detail changes. It's one of the most complex pieces I've ever come across. It's a gamble whether the audience will be able to appreciate it, but I really believe in it, and I'm sure the Sinfionetta Žilina will be faithful to it."

As the BHS draws to a close, it will stage some Christmas-themed concerts, such as a performance of Georg Philipp Telemann's Christmas and Advent Cantatas (Klarisky Church, December 6 at 17:00).

The featured performer is Belgian ensemble Il Fondamento, an orchestra led by conductor Paul Dombrecht that specialises in historical performances of early music on period instruments.