THE EUROPEAN Union opened the door to the liberalisation of Slovakia's household electricity market in July, but Slovak customers are unlikely to switch electricity providers earlier than next year.
And even with multiple choices, customers are still not expected to switch between distributors in droves, because there will only be minimal differences between their price offers, experts say. 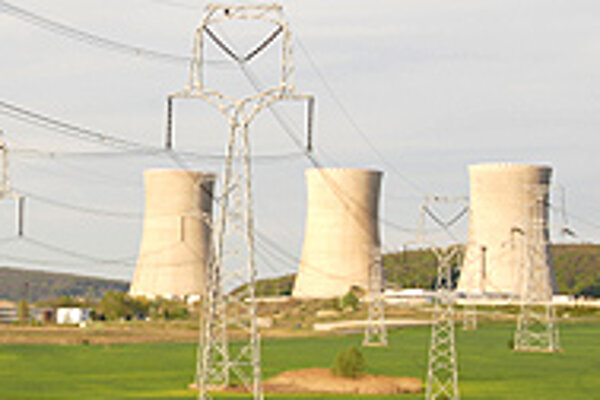 Font size:A-|A+0
THE EUROPEAN Union opened the door to the liberalisation of Slovakia's household electricity market in July, but Slovak customers are unlikely to switch electricity providers earlier than next year.

And even with multiple choices, customers are still not expected to switch between distributors in droves, because there will only be minimal differences between their price offers, experts say.

The Office for the Regulation of Network Industries (ÚRSO) says the legislative conditions for customers to change their electricity supplier are now in place, which means the conditions for an open market are in place, office spokesman Miroslav Lupták said.

"However, in order to get customers to change their supplier, the potential new supplier must offer households more attractive prices than their current supplier offers," Lupták told The Slovak Spectator. "Only this can make the process of switching suppliers worth it for the consumer."

The new supplier must offer consumers a maximum price that is lower than the maximum price regional suppliers are allowed to offer, he said.

"It is up to suppliers how they achieve this goal: through better electricity prices, through negotiations with the producer, or through consumer trade policies," he said.

But the regulator's office has not yet received a single request for competitive household electricity prices from companies operating on the electricity market, he said.

July 1 was the first day the electricity market opened up completely in Slovakia. That was when households also got the right to choose their own electricity distributor. For industrial customers, the market has been liberalised since July 2004.

Distribution companies can only sell electricity after the regulatory office approves their price lists. They submit their maximum prices for the office's approval.

VSE might pick up clients from other electricity suppliers, spokeswoman Andrea Danihelová said, as the 2007 price list for regions where VSE hasn't operated before has already been approved. But first clients must cancel the services of their previous supplier and go through a process that could last two months. Some consumers have already called for price information, but not many, she said.

"We do not expect major shifts of consumers between electricity suppliers," Danihelová told The Slovak Spectator. "The prices will not be considerably different, so the suppliers will have to differentiate themselves by the services they offer."

The spokesman for ZSE, Ján Orlovský, said that even though it is legally possible to change suppliers, customers haven't seen the need to make the switch yet. There is only a difference of a few hellers per kilowatt hour (kWh) between the prices distributors, he said.

"The situation on the electricity market and the maximum prices set for households are not motivating enough for the consumer," Orlovský told The Slovak Spectator.

"The motivation for changing the supplier is mainly the price, but a slight regional difference is expected," he added.

A consumer living in Zvolen, in central Slovakia, can order the services of ZSE today, Orlovský said. But not many customers are expected to make the switch yet.

"The price offered by our daughter company, ZSE Energia, for 2008 has been submitted to the regulatory authority for approval," he said. "Considering the amount of time left in 2007, real changes to the suppliers will presumably only be made during 2008."

ZSE has received only a few applications to change suppliers. After the regulator approves the price lists for other regions, the company will send them to consumers that are registered on the ZSE customer line. Customers decide at that point whether they are interested in the offer, Orlovský said.

Opening up the market isn't enough to lower electricity prices on its own, said Radovan Ďurana of the Institute of Economic and Social Studies (INESS). If there is a real shortage of power-producing resources, Slovakia cannot expect a drop in prices.

Moreover, the growing standard of living, with people buying more electrical appliances, pushes up the demand for electricity, and consequently the prices, he said.

Even in an open market, new, small distributors would hardly be able to purchase electricity for better prices than the large ones - ZSE, SSE and VSE - and none of the large distributors has come up with a strategy to lure households from other regions, Ďurana said.

And the regulatory office still approves maximum electricity prices, which means that new distributors would not be able to enter the market with better and faster services for higher prices.

"The last factor is that Slovak households are still not used to analysing the price structures they can use to choose (a distributor)," he told The Slovak Spectator.

The Association of Slovak Consumers recently complained that electricity pricing is extremely confusing.

"The consumer needs to know the price of a product or service (to make a choice)," the association said in an official release. "This applies to the vegetable market, but we do not know why it does not apply to electricity."

Electricity prices consist of several factors, and the amount that households pay is divided between the electricity producer, the distributor and the transmission system. There are also different fees for burning coal or other forms of energy production.

But the electricity bill does not tell consumers how much they pay to each of those, the association said.

The association is calling on the regulatory office and the Economy Ministry to set electricity prices for 2008 in a way that lets consumers know how much they pay for the distribution and how much they pay for the electricity itself. But Ďurana of INESS said he still believes liberalisation can bring an improved quality of services. While price drops cannot be expected, the pace of price hikes might slow down.

"The room for savings and efficiency has been created," he said. "The mere possibility of a new distributor appearing on the market will push the current distributors to increase the quality of their services.

"In other words, if the 'old' distributors made an above-average profit, new businesses would quickly enter the market to take a bite out of their business."