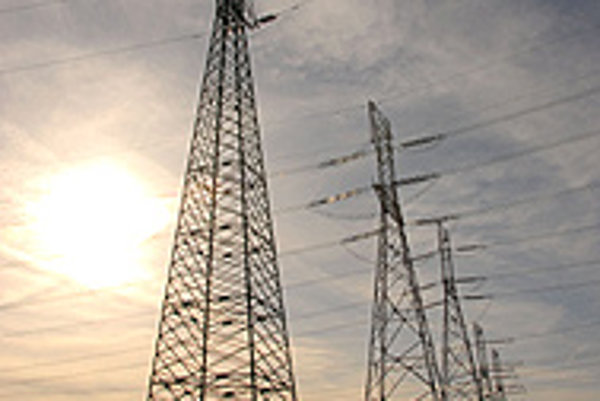 Slovakia's household electricity prices are the highest in the EU based on purchasing power parity, according to the Gas and Electricity Market Statistics published by Eurostat on November 14. In absolute numbers, the electricity prices for households and industry are among the 10 most expensive in the EU.

In absolute numbers, households in Slovakia paid 15.37 eurocents (Sk5.14) per one kilowatt hour (kWh) of electricity in 2007. That was slightly less than the EU-27 average, which was 15.28 cents per kWh, but it was the 10th highest price in the EU, according to the Eurostat statistics.

Slovak industrial companies pay 9.32 cents per kWh, which is slightly more than EU-27 average of 9.20 cents per one kWh, and the 10th highest in the EU.

In the last two years, industrial electricity consumption prices went up by 20.6 percent in Slovakia. That was second in the EU only to Malta, which had an increase of 26.2 percent, Eurostat reported.

To compare prices in relation to purchasing power parity for households, Eurostat uses an artificial common reference currency - purchasing power standard (PPS) - that eliminates price level differences between countries. It expresses the relationship between price levels and the local average salary. One PPS buys the same amount of goods or services in all countries.

"Looking at electricity prices in this way reveals a different picture: whereas in terms of absolute prices expressed in cents, Danish standard consumers paid most (25.79 cents), the price in PPS was far more reasonable (0.182 PPS)," reads the Eurostat report. "Conversely, electricity prices were the highest in Slovakia (0.243 PPS), three times the price paid in Greece."

Market insiders say that due to price developments on the global market, as well as the gradual decommissioning of the V1 power station of the Jaslovské Bohunice nuclear plant, Slovakia will not see price drops any time soon.

There are several reasons why electricity is more expensive in Slovakia than in, for example, the Czech Republic, said Miroslav Lupták, spokesman of the Office for the Regulation of Network Industries (ÚRSO).

Both countries use slightly different data to create a regulatory framework for electricity, and the Czech Republic still uses its own cheap coal for electricity production.

"It is still an electricity exporter, while Slovakia will have to import electricity after it decommissions the V1 nuclear station in Jaslovské Bohunice," Lupták told The Slovak Spectator.

The size of the market and the volume of electricity that is sold also impact the final price - the larger the market, the better it can cope with the fixed costs of the system, he said.

The high numbers Eurostat posted for Slovakia were also caused by the different methodology that EU members use to submit their final electricity prices, Lupták said.

"The EU does not have a unified methodology for determining electricity price structures, so the data from individual countries are often not comparable," he said. "In many countries, the final price does not include some components, while the Slovak price includes each fee that adds up to the amount that the end consumer actually pays."

Lupták and Juraj Kopřiva, the spokesman of the country's biggest power producer, Slovenské Elektrárne, both said the link to purchasing power parity does not say much about the cost of electricity.

"It is really not possible to judge electricity prices within the purchase power parity system," Lupták told The Slovak Spectator.

"These data show that there are low salaries in Slovakia, and not that we have expensive electricity," Kopřiva told Euractiv.sk.

But Slovakia's association of businesses with more than 500 employees, Klub500, has also criticised the country's high electricity prices. It blamed mainly Slovenské Elektrárne, as the largest Slovak power producer.

Klub500 says the electricity prices proposed by SE for industrial customers in 2008, which went up by tens of percents, are unfair and border on the misuse of SE's monopoly position on the market, reads the association's official release.

"For us, it is unacceptable that the electricity prices for customers are set in auctions in which Slovenské Elektrárne offers only 10 percent of its capacities," the release said. "From our point of view, it creates the impression of a shortage (of electricity) and pressure to hike prices."

SE denied the claims. Kopřiva told Euractiv.sk that the wholesale pricemaking mechanism is completely in the hands of the free market. It is not limited to Slovak borders but it is linked within the pan-European network of the UCTE (Union for the Coordination of Transmission of Electricity), he said.

SE opens the auction and then accepts price bids that reflect supply and demand, Kopřiva said.

"It is a transparent way used in all the global markets," he told the website.

The criticism led the Economy Ministry to propose a law on the regulatory office that would give ÚRSO the power to create the conditions for the auctions.

SE strongly opposed this proposal. As a compromise, according to a proposal approved by the cabinet, the auction conditions would be set by SE, but they would have to be approved by ÚRSO.