Energy-efficient buildings get an A 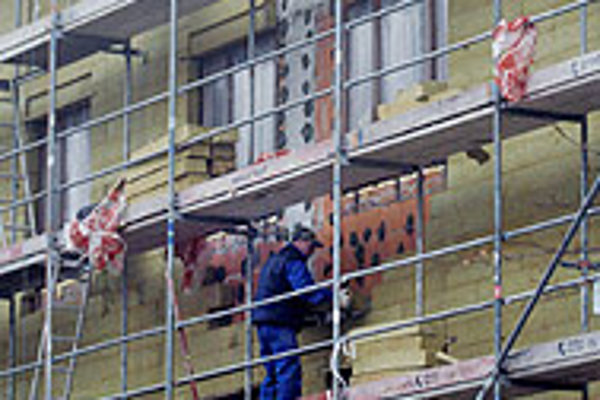 Font size:A-|A+0
STARTING in January, building owners who want to rent or sell their building will need an energy performance certificate to confirm its energy efficiency.

An energy performance certificate tells you how energy efficient a home is, on a scale of A to G. The most efficient homes - which should have the lowest fuel bills - get a rating of A.

The certificate also tells you about the impact the home has on the environment. Better-rated homes should have less impact through lower carbon dioxide (CO2) emissions.

Apart from giving information on the energy efficiency of the building, the certificate will also give suggestions for improving the state of the building.

Although the certification is not mandatory until January 1, realtors say real estate customers are already interested in buildings' energy efficiency.

"Properties that are not very demanding from an energy perspective are already favoured," Martin Lazík, the general secretary of National Association of Real Estate Agencies in Slovakia, told The Slovak Spectator.

Potential buyers already want to know if the building is insulated, what the heating system is like, and that kind of information, Lazík said.

The Slovak Chamber of Civil Engineers will play an important role in issuing energy performance certificates. It is organising seminars and qualifying professionals to issue the certification.

The chamber's Diana Zlatňanská, coordinator for EU and foreign affairs, and Ivan Chmúrny, chairman of the group's examination committee that issues qualifications for energy performance certification, spoke to The Slovak Spectator about the certificate.

The Slovak Spectator (TSS): Which buildings will need an energy performance certificate? What are the sanctions for not having the certificate?

Diana Zlatňanská (DZ):According to the legislation, the energy performance certification is mandatory when a building is sold or rented, when a new building is completed, or when the existing building is significantly reconstructed; otherwise it is voluntary.

The State Energy Regulatory Authority will have the power to issue a fine ranging from Sk5,000 to Sk30,000 (€150 to €900) to legal entities that own large buildings where people live, and legal entities that provide services in the building to a large number of people, if they do not put an energy performance label in a clearly visible place, accessible to people who visit the building.

The State Energy Regulatory Authority can also issue a fine of Sk5,000 to Sk30,000 to an individual who owns an apartment building, or a non-residential space where they rent flats, rooms or non-residential premises, if he or she:

- does not obtain an energy performance certificate, despite being legally bound to do so;

- does not keep the certificate for the whole period of its validity;

- does not give a valid certificate to the new owner when the building is sold;

- does not hand over a certified copy of the certificate to a tenant when the building is rented;

- does not put the energy performance label in a place accessible to tenants of flats, residents and employees;

- does not arrange regular inspections of the building's air-conditioning system or boiler.

TSS: Who is allowed to issue energy performance certificates?

DZ:To be able to provide a certification, a professional needs to be qualified under the law on the energy efficiency of buildings.

The qualification is divided into four categories based on the sources of energy consumption in the building: thermal protection (insulation); heating and treatment of hot water; ventilation and air-conditioning; and electrical wiring and built-in lighting. Qualification exams are conducted by the Slovak Chamber of Civil Engineers.

TSS: Is it possible to acquire an energy performance certificate now, before January 2008?

DZ: Of course. The first qualified professionals have already passed the qualification exams, but the certification itself will be mandatory starting January 1, 2008. The first list of professionals qualified to issue energy certificates will be published on the chamber's website, www.sksi.sk, by the middle of December.

TSS: How will the cost of energy performance certification be set?

Ivan Chmúrny (IC): The price is based on an agreement between the participating groups. Currently, it is not possible to set the price with a regulation.

For example, in Germany, the price also depends on the number of energy saving measures proposed, the size of the apartment building, and the accessibility of the project documents. The approximate price is about €650 for an average apartment building.

TSS: How will the buildings be ranked?

DZ: Based on the law on energy efficiency of buildings and the regulations of the Slovak Ministry of Construction and Regional Development, buildings in each category will be divided into energy classes from A to G, according to the amount of energy needed for each source of energy consumption, and the total amount of energy supplied.

TSS: What is the purpose of the energy performance certification of buildings?

IC: The goal of the energy certification is to use energy rationally in buildings, and to cut carbon dioxide emissions. With the energy performance certificate, the owner of the building gets information about the possible savings that are available after they complete some energy-saving measures. It is expected that this could lead to the renovation of buildings and their technical facilities in order to save energy.