THE NINTH Bratislava International Film Festival (IFF BA) opens at the Palace Cinema at the Aupark shopping mall in Bratislava on November 30 for a week-long run. 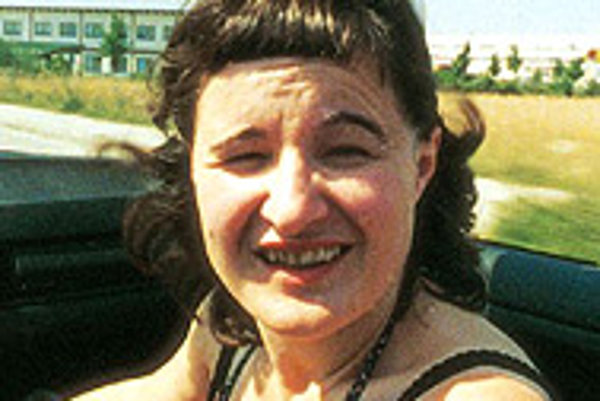 Font size:A-|A+
THE NINTH Bratislava International Film Festival (IFF BA) opens at the Palace Cinema at the Aupark shopping mall in Bratislava on November 30 for a week-long run.

This year's festival is more diverse than ever, with more than 100 full-length, medium-length, and short films grouped into 10 thematic sections, such as Made in Europe, Retrospective: Ulrich Seidl, Off the Mainstream, and Slovak Films 2007.

For the first time, the festival also has a section entirely devoted to gay and lesbian cinema, Free Zone: British Queer Cinema. And the highlight of the week is the International Competition of First and Second Feature Films section, which will be judged by an international jury chaired by Jan Harlan, Stanley Kubrick's long-time producer.

"I like Bratislava," Harlan told The Slovak Spectator. "This city connects me to a long period of location research and meeting with local authorities in the early '90s, when Stanley Kubrick planned a film in Slovakia and the Czech Republic."

"That's part of the reason Harlan accepted our invitation," Peter Nágel, the festival's programme director, mentioned in a press release. "But the project never materialised. He's going to tell everyone about it, which I'm looking forward to very much."

At the same time, the festival will be screening a retrospective of all 15 films by contemporary Austrian documentary and feature director Ulrich Seidl.

Known for a probing style that elicits intimate and unsettling tableaus from his actors, Seidl garnered his first major award at the Venice Film Festival in 2001 for Hundstage (Dog Days), a film about the cruelties the different segments of a community inflict during the two hottest days in suburban Vienna.

Since then, he has won other awards at the Karlovy Vary and Vienna Film festivals.

"Seidl is one of European cinema's most original and uncompromising voices," Mattias Frey, a doctorate candidate at Harvard University who has written extensively on German cinema, told The Slovak Spectator. "He finds the disturbing not in extraordinary outbursts of violence or helplessness, but rather in the everyday strangeness all around us - a world he transmits formally by blurring and ultimately deconstructing the boundaries between fact and fiction, documentary and feature."

The retrospective includes Seidl's most recent film, Import Export, part of which was filmed in Ukraine on days when the temperature was -30 Celsius.

The film's story centres on the divergent, yet disturbingly similar lives of Olga, a Polish nurse looking for work in the West, and Paul, a young Austrian whose long-term unemployment forces him to take a job setting up video game machines in Ukraine.

The film's characters shared many similarities to the lives of the main actors, who had never acted in a film before.

Import Export was selected to compete at this year's Cannes Film Festival.

Contrasting Seidl's style is Auf der anderen Seite (The Edge of Heaven) by young German-Turkish director Fatih Akin, which is showing as part of the festival's Made in Europe section.

The Edge of Heaven is about Nejat and Ali, a Turkish father and son living in Germany, who are simultaneously pushed together and pulled apart by events surrounding the father's live-in girlfriend, a prostitute named Yeter.

"Seidl and Akin, although both fundamentally concerned with the relations between Eastern and Western Europe and the role of outsiders in society, employ radically different strategies to address these themes," Frey told the Spectator. "Akin was influenced by Martin Scorsese and Quentin Tarantino and evokes visceral emotions in his spectators. Seidl's influences include Werner Herzog, Rainer Werner Fassbinder, the photographer Diane Arbus, and the 'still life' tradition in painting."

In Free Zone: British Queer Cinema, the festival selected 13 classic and contemporary films by British directors and actors that it hopes will break the silence on issues related to the gay community.

"Taking into consideration ... the certain 'hush-up' attitude in Slovakia towards homosexuality, the festival decided to present some films that changed the word 'queer' from something pejorative into a word that communicates pride and the value of difference and diversity in human relationships," Zita Hosszúová, the section's coordinator, wrote in a press release.

The section includes some classics of the genre, such as Victim by Basil Dearden, and some modern classics, such as The Crying Game by Neil Jordan, Beautiful Thing by Hettie MacDonald, and two films by renowned director Stephen Frears, My Beautiful Laundrette and Prick Up Your Ears.

One of the newer films in the section is Cut Sleeve Boys, which was directed by Ray Yeung, the chairman of the Hong Kong Lesbian and Gay Film Festival Society.

"I decided to base the film in Britain because having lived in London for most of my life, I realised that there is still a distinct lack of Asian voices in the British media," Yeung said on the film's official website. "A few more Chinese faces have been seen selling mobile phones, deodorant and washing powder on television in recent years, but is that all we have been waiting for?"

Cut Sleeve Boys is a comedy that tells the story of Mel and Ash, two friends who, after attending the funeral of a mutual friend, begin reassessing the meaning of life.

"The main characters do not suffer the 'fresh off the boat' mentality of finding it hard to assimilate into mainstream society," Yeung continued. "These characters have done it so well they have become (London) itself - confident, successful and sophisticated, with the power to choose."

Other films showing at the festival that should not be missed include 4 luni, 3 saptama#ni i 2 zile (4 Months, 3 Weeks, 2 Days) by Romanian director Cristian Mungiu and Eastern Promises by Canadian director David Cronenberg, both showing in the Made in Europe section, and Sicko, the political documentary by American director Michael Moore, which is part of the GMT section.