IN 1992, Zdenko Štefanides spent his summer break living and working in England. Before he returned home in mid-September, he wanted to exchange his hard-earned British pounds for US dollars or German Deutsche Marks, which were more widely accepted in Slovakia then. 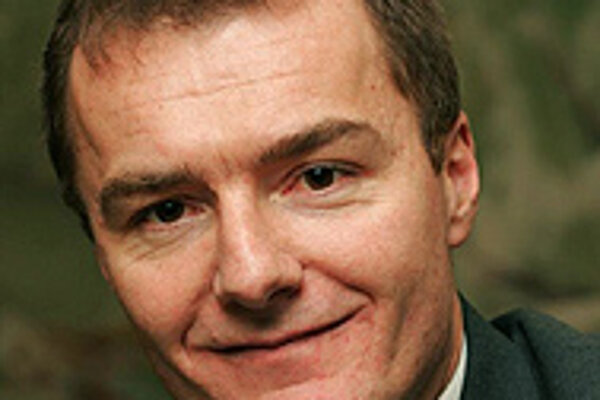 IN 1992, Zdenko Štefanides spent his summer break living and working in England. Before he returned home in mid-September, he wanted to exchange his hard-earned British pounds for US dollars or German Deutsche Marks, which were more widely accepted in Slovakia then.

But after Black Wednesday, on September 16, 1992 - when the Pound Sterling was devalued and forced out of the European Exchange Rate Mechanism (ERM) - the previously-routine exchange operation was no longer possible. When the markets reopened, the value of pounds was much smaller.

"My lasting interest in the financial markets was sparked by the infamous Black Wednesday," says Štefanides, now the chief economist and head of strategy and research of VÚB Bank. "Those events cost me quite a few bucks but, much more importantly, taught me several lessons that I appreciate to this day."

Štefanides did not always want to be an analyst. His interest in economics developed gradually.

"Economics was probably the last subject I was thinking about when I was deciding what to do after high school," he says.

At the time, in the spring of 1989, Slovakia was still a communist country and the idea of studying economics seemed like a bad joke to him.

He eventually opted for the Slovak Agricultural University in Nitra, to major in operations research. However, shortly after he enrolled at the university, the Velvet Revolution of 1989 came and completely changed his plans.

"The arrival of the market economy suddenly made sense of economics, a subject that turned out to be fascinating yet understood by nearly nobody in any Slovak university," Štefanides says.

He realised very quickly that in order to grasp what was going on, he needed to do three things: learn English, read as many economics textbooks as he could find, and enroll in an established western university programme in economics.

The Slovak Agricultural University turned out to be a great place to start, Štefanides says, thanks mainly to its then-rector, Ladislav Kabát.

"He brought in a number of great visiting foreign faculty, first under the Civic Education Project, a Yale-sponsored education programme in economics, and later from other renowned western universities, including Cornell University," Štefanides says.

Cornell was where he decided to study after graduating from the Agricultural University with the Dean's Award for Academic Excellence 1994. His efforts to study in European institutions didn't go far, since obtaining financial support for such studies in the early 1990s was fairly hard in Europe.

"The US was much more liberal in this respect, and it turned out to satisfy my academic objectives perfectly, without ruining my family's budget," he says.

Štefanides got a scholarship grant from the Andrew Mellon Foundation, a teaching and research assistantship from Cornell University, and additional funding to cover his travel expenses from the Open Society Foundation.

He graduated from Cornell University in 1997 with a Master's in Applied Econometrics and Quantitative Analysis.

"Needless to say, a diploma from great institutions, such as Cornell, helps open the door to the job market worldwide," he adds.

After finishing his education, Štefanides returned to Slovakia and started working for the National Bank of Slovakia (NBS) as an economist. Those were great times, he says, but he decided to enter the private financial sector because he found the assignments in NBS too narrowly specialised.

He jumped at an offer from JP Morgan, an international bank based in London, when they were looking to hire an economist for Central and Eastern Europe.

"In Bratislava, I see only one PC screen in front of me. In London, I used to have five more," Štefanides says.

At JP Morgan, he covered macroeconomic research of the Visegrad Four countries, plus occasionally looked at countries farther east or south, such as Ukraine or the former Yugoslavia.

Analysing so many countries and markets requires a lot of simplifications, he says.

"Spending a lot of time on the macroeconomic intricacies of individual countries is a luxury a London-based analyst usually cannot afford," he says.

But analysing just the tiny market of Slovakia, as he does now at VÚB, lets an analyst "delve into the fine details

accounts, policy statements or microeconomic evidence, which is sometimes overseen by outside observers."

It is also important for analysts to always look for the forest instead of the trees, Štefanides says.

"In this respect, I like to remember the words of one of my Cornell professors, who used to say: 'simplify and exaggerate,'" he says. "If you don't simplify, you will not be understood. And if you don't exaggerate, your views may not even be noticed."

In his position, Štefanides is often asked to predict the future: how strong the economy will be, how fast prices will rise, what the value of the currency will be in months' or even years' time. Fortunes can be made or lost based on his analyses, which he finds very exciting, even though it carries a lot of responsibility.

"I am as motivated about this work as I was back in the fall of 1992, when I was excitedly reading through the pages of the Financial Times in the library of the British Council in Bratislava, trying to understand what actually happened prior to Black Wednesday and how those events would shape the ERM and the financial markets afterwards," he says.