A FORMER ambassador and foreign affairs minister with a colourful political past is the country’s new agriculture minister, appointed the same day Miroslav Jureňa was officially fired from the post. 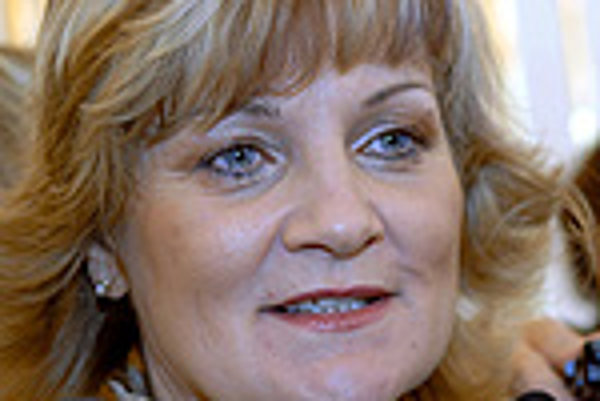 A FORMER ambassador and foreign affairs minister with a colourful political past is the country’s new agriculture minister, appointed the same day Miroslav Jureňa was officially fired from the post.

President Ivan Gašparovič appointed Zdenka Kramplová to replace Jureňa on November 27. Kramplová is an MP for the Movement for Democratic Slovakia (HZDS) and the party’s chief secretary.

Jureňa lost his job in the aftermath of a scandal involving suspected corruption at the Slovak Land Fund, which falls under the jurisdiction of the Agriculture Ministry. Gašparovič said the change of ministers was necessary.

“We all bear responsibility for our activities, but also for the activities of the people we manage,” he said after the appointment.

Unlike the president, Kramplová praised the work of her predecessor.

“My aim will be to let agriculture stay one of the current ruling coalition’s priorities,” Kramplová told journalists after her appointment.

Kramplová graduated from the Agriculture University in the Bulgarian city of Plovdiv in 1981, specialising in viticulture and horticulture.

“The minister is supposed to manage the sector, and first and foremost enjoy political support.”

Kramplová entered the political stage in the 1990s. She was an advisor to Mečiar, the prime minister at the time, and head of the Slovak Government Office between 1992 and 1994. From January 1997 to October 1998, she was foreign affairs minister.

Vladimír Mečiar, the HZDS leader, explained his decision to choose Kramplová for that post by praising her as “an eager pear”.

He added that he “adhered to the principle that when a devil cannot reach some place, a woman has to be sent there.”

During Kramplová’s time in foreign affairs, Slovakia slipped to the brink of international isolation.

“It was not my happy period,” Kramplová told the ČTK newswire in August. “It was a time when the election was approaching, and the pressure on Mečiar’s government from domestic political parties, as well as from abroad, was enormously strong.”

After the HZDS lost the election in September 1998, Kramplová and Mečiar both lost their jobs. However, Mečiar managed to appoint Kramplová to the post of Slovak Ambassador to Canada in October of that year when he was serving as the acting president.

Shortly after she got her diplomatic credentials, the new foreign minister, Eduard Kukan, recalled her. But Kramplová refused to return. International newspapers wrote in December 1998 that she asked for political asylum in Canada. Finally, in May 1999, Kramplová returned to Slovakia.

After her appointment as agriculture minister, reporters asked her if these incidents disqualified her from serving as a minister.

“You say things that are not true at all,” she responded, the SITA newswire reported. “I never got any ruling or any documents stating that I had breached the orders of the Foreign Ministry, or anything.

“You are basing your facts on things that were reported in the media, and at the time, I could not have defended myself.”

In March 2000, Kramplová wrote a book called Revenge in a Diplomatic Tailcoat, in which she described her experience and stories from Canada. She wrote that an assassination attempt was planned against her.

“I had a different vision of diplomacy than the reality is,” she told ČTK in August. “Diplomacy must be about state interests, and not just about individual and group interests.”

Mečiar praised her for writing such a book, and recommended that her party colleagues from the HZDS publish similar works.

In March 2001, Kramplová pulled out of political scene, citing health reasons, and became the deputy-chair of the HZDS for foreign policy. She returned to politics only in November 2005, when she became the chief secretary of the HZDS.

In July 2001, Slovak media reported that Kramplová hosted meetings of the Avalanche SK company, which was suspected of pyramid schemes. The weekly Plus Sedem Dní wrote in April 2007, that three people were jailed in the Czech Republic for organising the scheme. They allegedly defrauded 6,000 people out of 400 million Czech crowns.

Back in 2001, Kramplová argued that the company was not involved in pyramid schemes.

Prime Minister Robert Fico refused to comment on Kramplová’s involvement with Avalanche SK, and said he would only judge her as a minister.

“Zdenka Kramplová is the official representative of the HZDS,” he told the press. “I respect this nomination. I have nothing to doubt.”