THE TENDER to build and operate Slovakia’s first electronic highway toll system, which took three attempts to get rolling, is now facing complaints from bidders who the National Highway Company has already excluded from the ride. 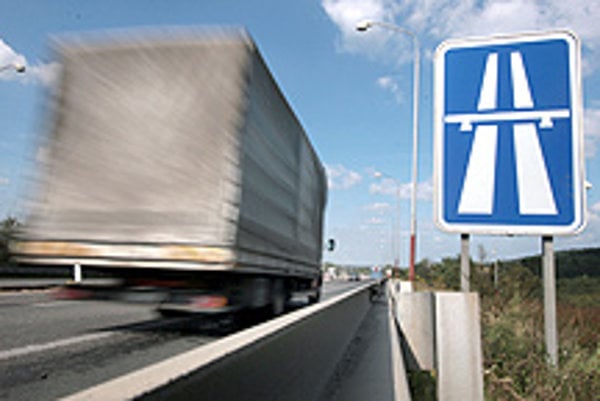 The toll collection should start functioning after January 1, 2009 for vehicles weighing over 3.5 tonnes.
Font size:A-|A+0

THE TENDER to build and operate Slovakia’s first electronic highway toll system, which took three attempts to get rolling, is now facing complaints from bidders who the National Highway Company has already excluded from the ride.

The companies are talking about misunderstandings and officials are refusing to comment, but the tender is going ahead.

Five out of the eight shortlisted candidates for the Sk20-billion (€593.8 million) mega-tender, one of the largest announced under Prime Minister Robert Fico, will have to park their ambitions. The National Highway Company (NDS) dropped them from the running, saying almost nothing about its reasons for doing so.

The five excluded bidders are SanToll, ToSy, Thales Transportation System, Studio Altieri and Housing and Construction Holding. The German-Dutch consortium Satways, Austrian Kapsch and the Italian Slovakpass have made it to the final group, according to the iDoprava.sk website.

Referring to unconfirmed information, the website said that incomplete data was the main reason the other five bidders were dropped.

The tender is for a 14-year contract to build the electronic toll system for a 2,435-kilometre road network, and operate it for 13 years. The winner will also have the option of extending the contract by an additional five years.

The toll collection should start functioning after January 1, 2009 for vehicles weighing over 3.5 tonnes.

Some of the dropped applicants say they are confused about the exclusion.

“We are certain that it was a misunderstanding that can still be explained and the explanation can be accepted, given the reality of the situation and the public procurement law,” Stefan Fecko of Elektrovod Holding, part of the Slovak-Swiss ToSy consortium, told The Slovak Spectator.

ToSy has submitted a request for correction to the NDS. According to Fecko, the company expects the highway authority to accept it.

“Right now, we would only like to stress what was not the reason for excluding us from this qualification round: the quality, quantity or missing documents were not the reason,” Fecko said. “There were no procedural shortcomings, either.”

The SanToll consortium, led by Sanef along with the Santoll and Ibertax companies, also filed an official appeal with the National Highway Company on November 26 after it was excluded from the tender, Sanef advisor Veronika Čukášová told The Slovak Spectator. The company has also sent a copy of the appeal to the Public Procurement Office.

By the November 2 deadline, eight bidders submitted their applications to the highway authority. Envelopes with bids should be opened on January 18, according to the NDS.

The highway authority said that the winning candidate will be the one with the most economically-favourable offer and the most efficient toll collection system. The supplier will be required to submit a security deposit of Sk10 million and have shareholders’ equity of at least Sk800 million. The minimum turnover should be at least Sk2.5 billion.

Lots of interest in tender

Currently, Slovakia has a system of highway stickers. Drivers can purchase a one-year pass or passes for shorter time periods. But they pay a flat price regardless of their mileage.

With the new electronic toll system, drivers will only be charged for their actual mileage. The estimated prices for the highway tolls depend on the weight of the vehicle and will range between Sk1.90 and Sk6.23.

Highway stickers will remain in place for passenger cars until approximately 2013, which is when EU legislation requires Slovakia to install an electronic toll system for all the motor vehicle traffic on the country’s paid roads.

The NDS made three attempts to publish the tender. The first attempt, in July, ended after twice as many companies enrolled than were expected.

“The only reason was the number of companies that could have advanced to the second round, which in fact was limited to five companies,” Marcel Jánošík of the highway authority told The Slovak Spectator earlier this year.

On September 21, the NDS had to withdraw the tender for a second time after a complaint was submitted that the process had not provided equal opportunity.

The highway authority said the project, worth Sk20 billion without VAT, had to be terminated due to circumstances that called into question the “transparency and the non-discriminatory nature of the process”.

The highway toll tender instantly attracted immense attention. More than 50 companies expressed interest. The NDS had originally anticipated a maximum of 22 companies bidding and the original tender conditions were drafted in line with these expectations, according to the SITA newswire.

“All of the strong players in this business have enrolled,” said director of the Transportation Research Institute in Žilina, Ľubomír Palčák.

Transportation professionals have warned that the winner of the tender might have a very tight deadline to supply the toll collection system, and any further delays to the tender might threaten the ability to meet the deadline.