A COUPLE of decades ago, studying foreign languages in Slovakia was seen as an elitist pastime with limited use in real life. But with the fading borders between European countries and foreign investors and tourists discovering Slovakia, the study of languages is becoming a necessity. 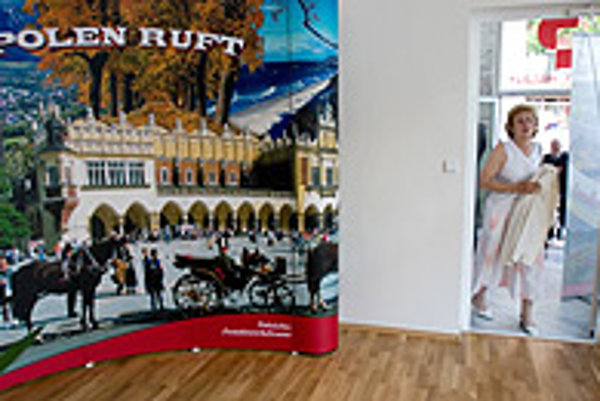 A COUPLE of decades ago, studying foreign languages in Slovakia was seen as an elitist pastime with limited use in real life. But with the fading borders between European countries and foreign investors and tourists discovering Slovakia, the study of languages is becoming a necessity.

Today, the study of English, German and Spanish is usually motivated by the prospect of better employment or travelling. People who study regional languages, such as Hungarian or Polish, are often inspired by family ties and friendship.

Both global and regional languages are drawing more students, according to institutions that offer language courses. Slovakia’s education system has adjusted to the demand for foreign languages, and schools generally offer English and German lessons as part of their curriculum. But the British Council has not been forced to close its doors. It keeps offering English courses and there is no shortage of students.

“The overall demand to learn English in Slovakia is increasingly very high,” said Tim Conway, Teaching Centre manager at the British Council. “However, the number of students attending courses with us has not increased dramatically over the last five years.”

Conway said one reason for this development is that the overall standard of English that students gain from the main school system is improving. Another is that people have more chances to study the language.

“People in Slovakia now have more opportunities to travel and learn English, either from direct experience in countries like the UK or from the increased number of private language providers in Slovakia,” Conway told The Slovak Spectator.

As for people’s motivation to sign up for courses with the British Council, Conway said that it is mainly to gain better employment, for further studies and to travel.

However, the general level of English knowledge has increased since the early- to mid-1990s, so many students are aiming for higher level exams, he added. The intermediate to upper-intermediate levels are the most popular courses.

Students range from eight years old to 80, but most are in the 18-to-25 age group, Conway said.

Job advertisements prove that an aptitude in the languages of the region is an asset when applying for positions at companies.

Marianna Sitárová Husáriková of the Cultural Institute of Hungary said people have different reasons for learning Hungarian. The top motivations are Hungarian roots or family members, including a Hungarian partner or spouse and the desire to educate their children in two languages.

But the job aspect is not negligible, she added.

“There is also a professional motivation when people work for a company with Hungarian ownership, or they are businessmen, archivists, historians, journalists or physicians,” Sitárová Husáriková said.

Others signed up for lessons because they moved to Rajka and Dunakiliti, Hungarian locations with attractive real estate prices for people who work in Bratislava.

There are also language students who have friends in Hungary who they have only communicated with in English, but the connection inspired them to study Hungarian, said Sitárová Husáriková.

Then there are people who consider Hungarian a very interesting, exotic and strange language and take it as a challenge. Most of these students have already mastered several languages, she said.

According to Sitárová Husáriková, Hungarian has a unique status in Slovakia.

“On one hand, it has been condemned,” she told The Slovak Spectator. “But on the other hand, there is a large Hungarian minority in Slovakia, and Hungarian is a living language that is actively used on a large part of Slovakia’s territory.”

Only the Cultural Institute of Hungary offers Hungarian language courses for the general public in Bratislava. The interest in Hungarian has increased since 2003, when the institute opened two beginner courses for the first time. Until then, there was one course for beginners, intermediates and advanced students, and the combined number of students from all the groups did not exceed 25. After 2003, there were 23 students in the beginner class alone, and 42 in total.

This year the interest has shot up again. The institute currently has 62 students, 31 of whom are beginners, in three courses.

While most students are beginners, there is also an interest in the conversational course for those who have learned Hungarian up to a certain level in their families and want to improve on it, Sitárová Husáriková added.

The age of the participants is between 16 and 65, and most are between 25 and 35. The majority of the adult students have university education or study at university and speak at least one foreign language, often a world language, she said.

The Polish language has had a steady position in Slovak society, with study and job opportunities being the main motivation for people learning it. But family ties are also a strong motivation.

It is mainly the younger generation that is trying to get language certificates now, because they open doors for employment outside Slovakia, she added.

The interest in beginner and advanced courses in Polish is rather balanced. The beginners are mostly students who leave for Poland and they need to learn at least the basics, Pančíková said.

“However, advanced courses are often attended by the same people for several years, because they have already formed social and friendly contacts and there is an effort to keep in contact with the language,” she told The Slovak Spectator.

The Polish Institute, which was founded in 1950 and is one of the oldest institutes promoting a foreign culture and language in Slovakia, has students from all the age groups. However, the largest group is university students, according to Pančíková.