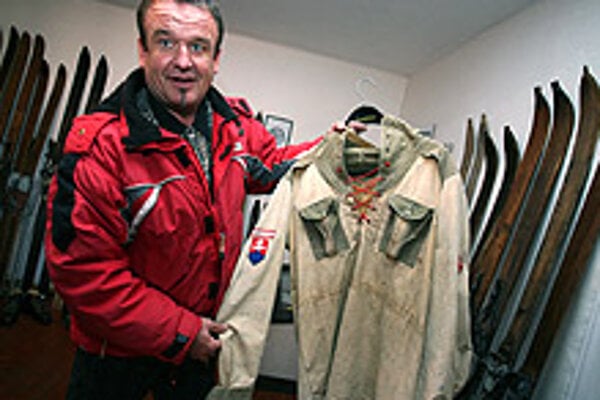 MORE than 24,000 angels live in Slovakia. They help 721 financially-needy families affected by cancer and other serious diseases, the SITA newswire wrote.

The Dobrý Anjel (Good Angel) financial assistance charity was set up last year. Since then, its members have donated more than Sk23 million (€691,000), the director of the organisation, Ján Dobák, told the SITA newswire.

Dobrý Anjel offers financial assistance on a monthly basis. It helps families where one parent or child suffers from cancer, cystic fibrosis or other serious diseases.

The goal is to make sure each family gets regular financial assistance of about Sk2,000 each month.

Donors know the names, addresses and life stories of the people they help. The organisation distributes the total amount of the donations it receives from its “good angels”, as its administrative costs are covered from private funds.

Every donor who sends contributions for at least three consecutive months is considered to be a regular contributor. The organisation currently has about 17,000 of these donors, plus others who donate money sporadically.

HUNDREDS of people squeezed into Bratislava’s Main Square to welcome this year’s edition of the annual Christmas market on November 23.

People stood in long lines to taste mulled wide, cigánska (roast pork, onions and mustard on a bun) and other local delicacies. Some of the 40-plus stands ran out of mulled wine during the first day of the markets, the Sme daily reported.

“We only have punch,” one seller responded to a request for the hot, spicy wine.

The market kicked off with the lighting of the Christmas tree in the Main Square. This year it will last a record 31 days in the capital, closing on December 23.

Locals and many foreign tourists come to the market in Bratislava to enjoy the Christmas atmosphere every year. This year you could hear languages like German, English, Russian, Hungarian and Czech at the market.

IGOR Bobák is a ski fan. He has a private collection with 300 rare pairs of skis, including 150-year-old wooden skis and a pair that belonged to Pope John Paul II, the Nový Čas daily wrote.

His newly-opened private museum in Podkonice, near Banská Bystrica, is one of only three such museums in the world. The other two are in Finland and the United States.

His unique collection includes dozens of pairs of wooden skis from the early 20th century. The oldest is pair of Swiss skis made from ash wood, dating back to the second half of the 19th century.

Another valuable exhibit are a pair of skis that renowned Swiss skier Ingemar Stenmark reportedly raced in.

“I got most of the skis as gifts or bought them in auctions,” Bobák said.

The ski collection is on display in a reconstructed house that belonged to his grandparents.

TWO teenagers charged with a racially-motivated attack on a girl of Cuban origin are now in custody.

The judge of the Košice I District Court sent Samuel, 18, and Ján, 17, both from Košice, into custody on November 26

so they could not evade prosecution.

The two are charged with attacking a 16-year-old girl, Patrícia, near a Košice shopping centre on November 20.

According to reports, one of the men kicked her in the back of the leg, knocking her to the ground. After she fell, they both kicked her in the head and back, shouting “Sieg Heil!” and “Get out of Slovakia, you piece of dirt,” the Nový Čas daily wrote.

They only stopped when her friends ran out from the nearby department store to help her.

Patrícia, who has perma-nent residence in the Stará Ľubovňa District and tempo-rary residence in Košice, suffered injuries to her head, back and right hand that required an estimated 10 days of treatment.

According to investigator Alexander Jesenský, the men attacked her because of her darker skin colour and afro hairstyle.

Both men confessed to the attack during the investigation. One of them also said he does not like it when people of different races live in Slovakia.