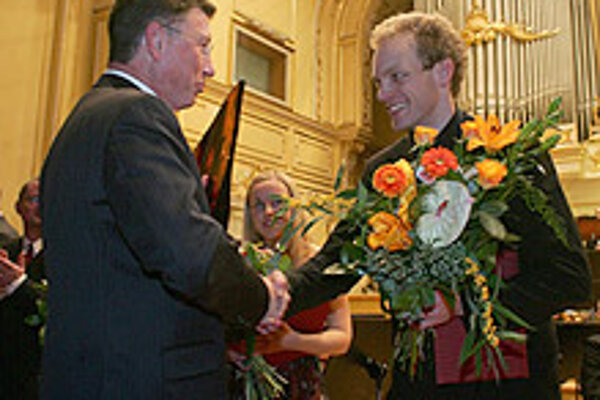 An international jury selected Moldrup from among three finalists. The award is part of the International Forum of Young Performers competition, which legendary violinist Yehudi Menuhin set up in 1969 to award young European musicians for excellence in the arts.

“The world belongs to young people,” said Philippe Bouncly, the chairman of the board at gas utility SPP, whose foundation supports the award, as he handed Moldrup the glass, harp-shaped prize.

The competition started with eight musicians who had been short-listed from among 20 from across Europe. For the final, Moldrup played the Concert for Cello and Orchestra by Antonín Dvořák.

“I’m very happy,” he said upon winning. “This is my first international award as a soloist.”