"The British just wouldn't see the need to get the headlines, to make a point of saying how well they were doing and what they were doing here. Maybe that's why the community doesn't appear as a community as such."
British Ambassador to Slovakia David Lyscom shrugs his shoulders as he ponders the obscure nature of the British community in Slovakia.
"One of the characteristics of the British is understatement," he says, his brow furrowing. "That trait of understatement may mean the community doesn't draw attention to itself." 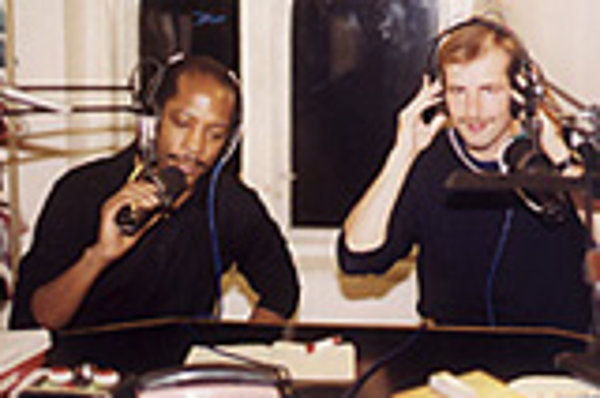 Font size:A-|A+  Comments disabled
"The British just wouldn't see the need to get the headlines, to make a point of saying how well they were doing and what they were doing here. Maybe that's why the community doesn't appear as a community as such."

British Ambassador to Slovakia David Lyscom shrugs his shoulders as he ponders the obscure nature of the British community in Slovakia.

"One of the characteristics of the British is understatement," he says, his brow furrowing. "That trait of understatement may mean the community doesn't draw attention to itself."

Indeed, while expatriates of other nations in Slovakia often group together, carving out their presence in well-haunted hangouts, the Brits seem more anonymous. Very few can identify a focal point for the community; no single bar to hang out in after work, no national holidays celebrated with a fervour only expats away from their homelands could muster, no regular societies at which to meet and greet fellow islanders from the 'green and pleasant land'.

British businessmen steadily arrive with more and more companies; teachers continue to pour in as thick and fast as those from any other country; diplomats mark the same presence as any other nation. Yet the British in Slovakia don't spend much time together.

"It's true, the British don't feel the need to form a community. The British have a long history of expatriatism, they tend to be more self-reliant, independent. We have a history of immersing ourselves in the local culture wherever we go," says Lyscom.

Opening his arms as if to show how far across the globe British expatriates have spread, he says, "if you go to many places in the world where there is a British presence, you can see them having moved into the culture there, immersed themselves. The British often just disappear into the local community."

As has been the case in Slovakia. One example is Jonathan Gresty, a teacher at Prešov University and co-host of a late night English-language radio show broadcast in eastern Slovakia. Having now lived in the country for nearly nine years, he says that he has little sense of a British community in Slovakia.

"I don't feel I miss a British community at all, but there's little sense of one existing here either. In Prešov there are a bunch of English speakers that meet up, there's only a few of us, but I wouldn't say it's anything British per se," he explained.

Having taught in cities across Slovakia, Gresty arrived in Prešov in 1997, now has a Slovak wife and two children, and freely admits that he has altogether 'gone native'.

"I seem to have trouble remembering my own Britishness. I sometimes do some things a bit differently, I suppose, but I also observe all the little local habits like taking my shoes off before I go into a house, kissing friends on the cheek when meeting, that kind of thing."

Peter Blight, an English teacher at Bratislava's Pedagogical University, who describes himself as a 'professional expat', had the same feelings towards his time in Slovakia.

The British fondness of melting into the local culture is perceived by some as an 'eccentricity' - a word commonly bandied around by foreigners to describe the aspects of British culture foreigners often find unfathomable.

"I suppose if one does 'go native', which is not unusual, then that could be some sort of an eccentricity. But some foreign media do perpetuate the image of eccentricity - there's even one German programme that sends people across Britain just looking for all the odd things that people do there - I mean, some people still think that British people wear bowler hats and carry rolled-up umbrellas. It's not true. But many other images of the British are perpetuated as well," says Lyscom.

Not all of these images, he agrees, are unfounded, just as not all are detrimental to what some Britons are doing in Slovakia.

"I think [there is an image of Britons possessing] a sense of honesty, of fairplay," the ambassador says determinedly. "That people perceive this in the British can be a real advantage in business here. We're honest and direct. Tough but fair. It may make it a bit difficult in situations where not everyone is quite so scrupulous, but a lot of people respect this [quality]," he adds.

Slovaks are themselves equally unaware of any kind of British community in Slovakia, but can readily identify the things which they say define someone's 'Britishness'.

"I have worked with British people and lots of other people from different countries, and with the British there was a sense of trust, both in them and from them," said Katarína Farkašová of the NGO Alliance of Slovak Women.

"And there was that politeness as well, something I really admired, something that helped me to get on with them, to do things," she continued. "They didn't just say 'yes, that's good', and not mean it and keep quiet about something that was wrong just for the sake of not offending someone. But at the same time they were never rude either, and always helpful. Just generally good to work with."

"I don't know many British people in Slovakia, they don't seem to be around. But from my experience I would say that they have an ability to make fun of themselves - something we Slovaks could maybe learn from - and that they manage to behave as gentlemen," said Lenka Rapošová, a former teacher in England and now working in Bratislava. "And what I really appreciate about Brits is their sense of humour, a very intelligent kind of humour,"

Farkašová agreed. "The [British] sense of humour is very special, very British. It's so dry and it was important for me because it was the main level on which I and they [British people] could meet. It's so much easier to get on with someone when you have an understanding of them and what they're saying before they've even finished their sentence."

For Lyscom, the sense of humour, the honesty, the engendered trust - characteristics that many Slovaks see as very British - are linked to the language which so many Slovaks appear eager to learn.

"The way British people use the English language is different. It's not a direct language, and we use conditional tenses so often and because of that can appear so polite. We also tend to say sorry all the time, to apologise before asking a question," the ambassador says. He lifts his head back slightly and smiles.

"Just go to a tennis club in Britain. The only word you'll hear all afternoon is 'sorry'."