Danubiana museum: Van Gogh would have been pleased

Sitting in his office, overlooking a stretch of the Danube River so broad that its waves mimic the ocean, Vincent Polakovič speaks fervidly of the circumstances that brought him to where he is today. It's a tale of encounters with Van Gogh and astrological portents, at the end of which the narrator seems as dumbstruck as the listener.
"I wouldn't believe it myself," says Polakovič, before falling silent, "if it hadn't all happened to me."
Polakovič is the director and founder of Danubiana, Slovakia's newest and, by most accounts, grandest art museum. An enchanting two-storey oasis of modern architecture, it was funded by the largest artistic endowment in the history of Slovakia from Dutch businessman Gerhard Meulensteen, who financed the 50 million crown ($1 million) project. 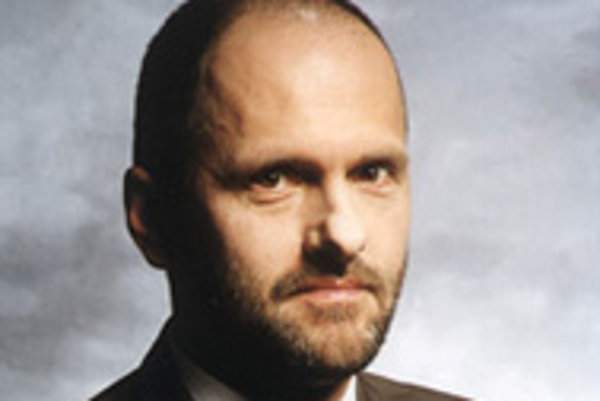 Font size:A-|A+  Comments disabled
Sitting in his office, overlooking a stretch of the Danube River so broad that its waves mimic the ocean, Vincent Polakovič speaks fervidly of the circumstances that brought him to where he is today. It's a tale of encounters with Van Gogh and astrological portents, at the end of which the narrator seems as dumbstruck as the listener.

"I wouldn't believe it myself," says Polakovič, before falling silent, "if it hadn't all happened to me."

Polakovič is the director and founder of Danubiana, Slovakia's newest and, by most accounts, grandest art museum. An enchanting two-storey oasis of modern architecture, it was funded by the largest artistic endowment in the history of Slovakia from Dutch businessman Gerhard Meulensteen, who financed the 50 million crown ($1 million) project.

In a country not internationally acclaimed as an art haven, many people consider Danubiana nothing short of a miracle. But listening to the history of its founder, one understands that Danubiana itself is only part - albeit a major part - of a remarkable story.

"When I was 10 years old," begins Polakovič, "I saw a neighbour's picture of [Vincent] Van Gogh, and I was taken." Polakovič identifies that exact moment as the start of his love affair with modern art, anchored by a fanatical devotion to the Dutch painter.

But a career in the arts didn't seem to be in the cards for Polakovič, who as a child was not encouraged to pursue his interest in painting. He studied law instead, and eventually became a successful attorney.

His fascination with Van Gogh never waned, however. Free to travel to the West after the 1989 Velvet Revolution, he made a pilgrimage to Van Gogh's grave in 1990 for the 100th anniversary of the artist's death.

There, he had an experience that would change his life forever.

The scene on the night of the anniversary, July 29, 1990, at the French cemetery was extraordinary, he related. Hundreds of people were camped out, keeping candlelight vigils and walking among the graves. With nowhere to sleep, Polakovič went wandering, and at two in the morning, on the roof of a small house, came upon what he says was the spirit of Van Gogh.

"He was all alone, rocking back and forth. I went to him, took him into my arms, and we spoke," says Polakovič. "I promised him two things - that I would reveal to the world how he really died, and that I would build the art centre that he had never finished."

Focused on the latter promise, Polakovič went back to Slovakia and began raising funds for an art centre modelled after a yellow house in which Van Gogh once lived. Three years later, Žltý dom ('Yellow House') opened in the eastern Slovak city of Poprad.

Relatively secluded in one of the country's poorer regions, the project had financial difficulties from the outset and, despite enthusiasm among the country's art community, soon slid towards bankruptcy.

Mentally and spiritually exhausted, and virtually penniless, Polakovič made a trip to the Netherlands in 1994 hoping to again speak with Van Gogh.

In the town of Nuenen, where the Dutch painter spent most of his life, Polakovič found a bronze Van Gogh statue, grasped its hand, and had another incredible encounter.

"His hand became warm, absolutely like a normal human hand," recounts Polakovič. "I said, 'Vincent, I kept my promise of building the yellow house, but I don't know if I can go on any longer'."

A passer-by watching the encounter asked Polakovič where he was from and why he had come. At the end of their conversation, he gave Polakovič the number of a man he said might be able to help. The following day, Polakovič met Dutch businessman and art collector Gerhard Meulensteen.

"There was something between Vincent and me immediately," recalls Meulensteen. "We didn't speak the same language, but we spoke with our eyes and feelings. Vincent is very special, emotional and magnetic. When I saw how determined he was with this project for Vincent Van Gogh, I knew I had to help him."

With assistance from Meulensteen, the Yellow House in Poprad didn't go bankrupt, but eventually the pair felt limited by the location.

"We started talking about a new project in 1997," says Meulensteen. "Something bigger, something done in a professional way in a big city with people and tourists. It was only brainstorming at first, but Vincent took the idea and ran with it."

Polakovič dreamed of a museum that would be on par with the best modern art museums in Europe, that would bring great art to Slovakia and promote the country's image abroad. He knew it had to be near Bratislava, but wanted it as close as possible to other countries in the region.

"I considered the area north of Bratislava [near Slovakia's border with Austria], but it was dominated by Devín. So I walked along the Danube southward [towards the Hungarian border] until I found a good spot," says Polakovič.

"I remember passing below a bridge where a group of people from Poprad were standing. They thought I was nuts. They shouted, 'Vincent, where are you going?' And I said, 'I'm looking for a place to build my museum'."

Fifteen kilometers south of Bratislava, on a peninsula that extends into the Danube off the small town of Čuňovo, Polakovič found his spot. Once the land was secured, the project took off, but not without a final hitch. Construction was scheduled to begin in 1999, a year which had all the astrological makings of a disaster.

"Because of the alignment of the planets, 1999 had a lot of negative energy," says Polakovič. "I consulted an astrologer, who said it would be best to start during the solar eclipse that August. So we laid our first stone that day."

More than a year later, Polakovič and his benefactor Meulensteen are delighted with the way the museum has turned out (it opened in September), but say they still have a lot of work to do.

"When people don't know where the museum is, they can't come. We must now start marketing - not only in Bratislava, but from Vienna to Belgrade. Once people start coming, we can start getting great international art. That is what we need," said Meulensteen.

Although his time will indefinitely be preoccupied with getting his museum off the ground, Polakovič, who recently turned 42, has another project cooking in his busy mind - the book he promised Van Gogh he would write explaining the real circumstances of his death.

Van Gogh is believed to have died after suffering for two days from a self-inflicted gunshot wound to the chest.

"It is much more complicated than that, believe me. It would take days to explain," says Polakovič, who has volumes of material on the subject. "I uncovered some very interesting things that I have never read anywhere before. I will write the book - as soon as I can find the time."

Looking at the museum Polakovič built from nothing on a craggy elbow of land in the middle of nowhere, and hearing the spellbinding stories about his meetings with Van Gogh, one has to believe the book will be written, and that when completed, it'll be a gripping tale.