Although former national partners, Slovaks and Czechs are only now discovering that good fences make good neighbours.
During the 1948-1992 Czechoslovak state, Czechs often complained of having to pay support for the poorer, unindustrialised Slovaks, while the smaller nation grew weary of what it perceived as cultural and political hegemony from Prague. 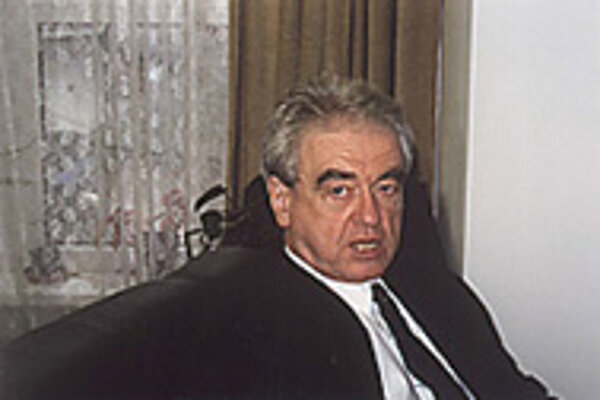 During the 1948-1992 Czechoslovak state, Czechs often complained of having to pay support for the poorer, unindustrialised Slovaks, while the smaller nation grew weary of what it perceived as cultural and political hegemony from Prague. But the 1993 Velvet Divorce, dividing the country into the Czech Republic and Slovakia, has ironically brought the two peoples closer together. A dysfunctional and unequal marriage has since evolved into a friendship which both sides say they can now live with.

"We parted to become closer to each other," said Rudolf Slánský, Czech ambassador to Slovakia. "By separating, both sides lost an excuse for their problems."

Ladislav Matuška, a 29 year-old Czech who currently lives in Bratislava, agreed with the ambassador's belief that relations had improved since 1993. The split, he said, had almost eliminated the game of 'one-upmanship' between Bratislava and Prague, leaving in its wake an amiable spirit of acceptance.

"During Czechoslovakia, the Czechs had an attitude that said 'we already had that long before you did' to the Slovaks," he said. "Meanwhile, the Slovaks would behave like a little brother trying to prove that he's as good and as valuable as his big brother."

Separation has brought natural sympathies to the fore. The cultures of the two nations are, all admit, very similiar, the histories forever connected, and the language mutually understandable - Czech is not even considered a foreign language in Slovakia, and can be used in all official settings.

"When a Czech and a Slovak meet in a foreign country, they always tend to stick together and support each other," said Slánský, drawing on his experience as a foreign diplomat. "And this is the way it should be. We have a long common history, similar cultures, and we understand each other very well."

Today there are some 60,000 Czechs living in Slovakia, most of whom moved here during communism after marrying a Slovak. Very few Czechs have relocated since the Velvet Divorce, however, as the Czech economy has thrived, offering wages higher than those currently on offer in Slovakia.

"The majority of Czechs who now live in Slovakia arrived after World War II as university-educated specialists which were needed at that time to help industrialise Slovakia," Ambassador Slánský explained. "There wasn't a big university tradition in Slovakia, and after the war many Czechs, especially metallurgy specialists who flooded the area around Košice, and also many educators, came here to share their experience and teach at schools, and also to help build industry."

For the Czechs who still call Slovakia home, pride in their native homeland remains strong.

"I have lived in Slovakia since I was 19 but inside I still feel Czech," said 48 year-old Jarka Králiková in nearly perfect Slovak. "When I'm watching a hockey game I support our team - the Czechs."

Although her heart is Czech, her language is Slovak. To avoid problems with nationalist Slovaks, who may consider her presence in Slovakia an unpleasant reminder of Prague-centrism, Králiková said she decided to "sing the song of the one whose bread you are eating" and began speaking only Slovak.

"I couldn't take some of the comments I heard in stores or at work when people thought I couldn't hear them," she said.

But other Czechs in Slovakia said her decision to 'go Slovak' had been unnecessary, given the tolerance Czechs still encounter in this country.

"It's better to speak good Czech than bad Slovak," Slánský said. "The languages are so close that a Czech doesn't have to speak Slovak. I'm sure Slovaks in the Czech Republic can decide to do the same thing. Nobody forces them to speak the language."

Matuška, for his part, said that he was simply unable to speak proper Slovak. Frustrated, he gave up and now sticks to Czech.

"The languages are very similar, people easily understand each other regardless of which language is being used," he said. "And even if I tried, I could never imitate the rhythm of Slovak. It's different than Czech."

Equality on the international stage, however, even now does not mean that Czechs and Slovaks behave with equal confidence in each other's countries. Slovaks living in the Czech Republic, for example, still tend to speak only Czech. "With me it was pragmatic and a matter of courtesy - I decided to live and work in the Czech Republic so I though it was natural that I should speak Czech," said Diana Dobalová, a 32 year-old Nitra native who studied at the University of Economics in Prague and has lived there since.

"Probably it was also because of my job - I worked in PR and communication," she explained.

Slovaks in the Czech Republic are also more beholden to their neighbour's superior economy than Czechs who settle here. Even educational opportunities remain unequal: an agreement giving Czechs and Slovaks the right to study in each other's countries for free has attracted thousands of Slovak students westward, while few Czechs choose Slovakia, leaving Czech school officials fuming at a deal they say is benefitting only one party.

Ambassador Slánský said that currently there were "only a few hundred, maybe a couple of thousand Czechs who want to live in Slovakia."

Miloš Halimovič, a 28 year-old car construction engineer from northern Slovakia's Trstená village, is a typical example of a Slovak seeking greener pastures in the Czech Republic (estimates place the number currently at more than 50,000). Failing to find well paid work in his profession in Slovakia, he decided to try his luck in Prague, and has now worked there for five years.

"Once I met a guy who was complaining about all the Slovaks in the Czech Republic," he said. "The guy was saying that we Slovaks were taking their jobs away, but I didn't pay much attention to him. You can also hear such comments in pubs sometimes, or in shops, but it's generally people with lower education, so I never take it seriously. I'm sure such things happen to Czechs in Slovakia, or to any other national in a foreign country."

Martina Marečková, a 24 year-old student who recently concluded a 10 month journalism course in Bratislava, said that Slovaks were leaving the country on a mission to show the world that they are not inferior to the Czechs.

"Slovaks are now flooding the world, including Prague, and they are trying to show off, show that they're Slovak, and not just a 'shadow of the Czechs'," she said. "They feel very hurt when foreigners can't recognise them as Slovak."

Králiková agreed, saying that in her view Slovaks were becoming very competitive, "because they want to prove to the world, and maybe even to themselves that they are as good as any other nation, especially the Czechs. The Czechs, meanwhile, are quite confident in themselves."