With an announcement that it is to pump 1.5 billion crowns ($30 million) into continuing its new work-for-welfare employment programme, the government has decided to
turn the project into the cornerstone of its active labour policy next year.
The job scheme, which helped cut a soaring unemployment rate of 19.41% in July to 16.58% in October, was started in August this year and provided temporary employment for three months to people who had been unemployed for more than one year. 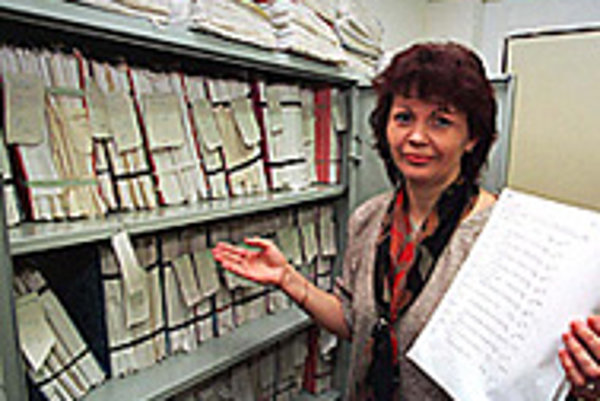 Font size:A-|A+  Comments disabled
With an announcement that it is to pump 1.5 billion crowns ($30 million) into continuing its new work-for-welfare employment programme, the government has decided to

turn the project into the cornerstone of its active labour policy next year.

The job scheme, which helped cut a soaring unemployment rate of 19.41% in July to 16.58% in October, was started in August this year and provided temporary employment for three months to people who had been unemployed for more than one year.

However, officials at local labour offices have attacked the government's plans, saying that too much money is being planned for the job scheme. More money, they say, should be invested into a key element of active labour policy: the creation of permanent rather than temporary jobs through re-training courses for workers and apprentice schemes for unemployed people.

Iveta Baranovičová, head of the department for employment and development at the regional labour office in Prešov, said: "Despite the fact that we have used the money we got through the welfare scheme efficiently, mainly to improve the quality of our infrastructure, I think that there are more effective tools to cut the unemployment rate than the [work-for-welfare] scheme."

"Many companies in our region," she added, "lay off their employees because they don't need them. The government could contribute some money to re-train them so that they could be kept in a company, and the company could continue to profit from [employing] them."

But government officials have rejected the criticism, claiming that the current flagging economic situation, particularly in the corporate sector, does not justify massive investment into the creation of permanent jobs.

Mária Janušová, the head of the employment policy department at the Ministry of Labour, Social Affairs and Family, said that until the current period of slow economic growth came to an end and the economy began to expand and support more demand for workers, supporting stop-gap programmes such as the work-for-welfare scheme to keep unemployment low was a policy must.

"The corporate sector is supposed to be transformed and rid of illiquid companies by 2003, and with economic growth then at between 4% and 5%, these together will have a positive impact on the unemployment rate," Janušová added. "But until then, I don't think that there is any more efficient tool to cut the unemployment rate than the job scheme."

Janušová explained that with the Slovak corporate sector still stagnant, investing a lot of money into the creation of permanent jobs might backfire.

"In the past, billions of crowns were invested into companies to prevent them from carrying out massive lay offs, but in the end the corporate sector collapsed and many companies were forced to release a majority of their employees anyway, if not all of them. At this point, the corporate sector is not quite at the level that one could be sure this situation wouldn't be repeated," she said.

Analysts, though, have questioned the government's logic. Ján Tóth, analyst with Dutch investment bank ING Barings, explained that while demand in a growing economy does indeed lower unemployment, investments in active labour policy schemes could still be made within the industrial and corporate sectors even with economic growth well below the 4 or 5% rate the government says it needs.

"Even with growth rates at around 2%, unemployment can be boosted in some sectors, it just depends on what measures are taken to support certain parts of these sectors.

"If growth in the export of industrial production and the development of small and medium sized business is encouraged [through government schemes] then there is a positive influence on the unemployment rate, even with lower growth," he said. "Look at the Czech Republic. Their speed of economic growth is about 2% and their unemployment rate has dropped from more than 9% at the beginning of this year to 8.5% now."

"But if there are higher expenditures on things like highway construction and high public expenditures, then you aren't going to get much of a cut in unemployment," he added.

Iveta Radičová, a labour expert with the country's largest educational institution, Comenius University, also questioned the government's apparent reluctance to put money into schemes targeted at the corporate sector, and said that the cabinet's fear of wasting vital funds on doomed firms was often laid aside when people were in danger of being laid off.

"Although the government says that not as much money goes into preserving inefficient jobs as it used to, they still do it when bad comes to worse in a company running into serious troubles [the National Labour Office is expected to cover part-payment of wages in the near-bankrupt SLK shipyards - ed. note]," Radičová said.