In earnest of their support for the government's anti-corruption plan, members of the reformed communist Party of the Democratic Left (SDĽ) put personal property disclosures on the Internet December 13. The move came shortly after two recent scandals involving the party, scandals which critics said cast doubt on the sincerity of the SDĽ's commitment to fighting corruption.
Embattled SDĽ member and Defence Minister Pavol Kanis announced on December 16 that he would step down from his post effective January 2 because he could "no longer face the media pressure" over a mysterious gap between his income and the cost of his new villa in Bratislava's exclusive Koliba area. 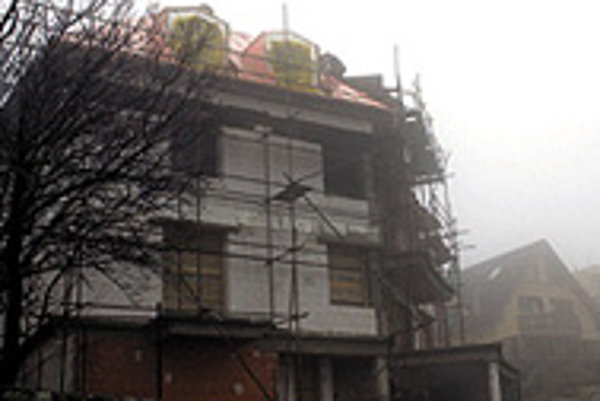 Font size:A-|A+  Comments disabled
In earnest of their support for the government's anti-corruption plan, members of the reformed communist Party of the Democratic Left (SDĽ) put personal property disclosures on the Internet December 13. The move came shortly after two recent scandals involving the party, scandals which critics said cast doubt on the sincerity of the SDĽ's commitment to fighting corruption.

Embattled SDĽ member and Defence Minister Pavol Kanis announced on December 16 that he would step down from his post effective January 2 because he could "no longer face the media pressure" over a mysterious gap between his income and the cost of his new villa in Bratislava's exclusive Koliba area.

Kanis, who earns about 40,000 Slovak crowns ($800) a month but is erecting a house worth an estimated 10 to 15 million crowns ($200,000 to $300,000) said that the extra funds had been raised through two separate bank loans, another loan from friend he would not name, and through winnings amassed through gambling.

The minister's accusers were still in full cry when a second scandal involving the SDĽ erupted. The Banská Bystrica-based firm Interkont, it was reported by Slovak media, had won a tender to import 65,000 tonnes of wheat to Slovakia from Hungary and the Czech Republic, a deal expected to net the company a profit of over 10 million Slovak crowns ($200,000). Interkont is owned by Jozef Buriš, a member of the SDĽ's 'republic council' leadership body.

Buriš's firm received the contract even though it had not taken part in the first round of a public tender. Instead, Interkont was chosen behind closed doors at the State Fund of Market Regulation (ŠFTR) - an Agriculture Ministry regulatory body responsible for overseeing the tender - after the original winner, PST Slovakia, pulled out of contention.

Accusations of clientelism arose after the ŠFTR, led by Jaromír Košin (a former schoolmate of Agriculture Minister and SDĽ member Pavol Koncoš) chose Interkont without calling a new tender.

Agriculture Ministry spokesperson Anna Majkútová responded to the media furore over the selection by explaining that "due to the acute need for cereal crops [caused by a spring drought in Slovakia], we had to chose a company ourselves rather than call a new public tender. Interkont was chosen because it presented the best offer. Mr. Košin absolutely denies all accusations of corruption or clientelism."

"If somebody offers the best prices - like I did - then it's normal that he should be chosen," Buriš told the daily paper Sme on December 20. "The allusion to political clientelism is the weakest part [of the argument]."

However, Buriš' added that "when somebody knows somebody, he can always say a good word on that person's behalf. I think it's normal. If he didn't - excuse my language - if he didn't want to help a friend, then that person doesn't belong on Earth."

While the SDĽ has said that accusations of clientelism among its members and civil service appointees are unfounded, political analysts said that situations like that of Interkont reinforce the public's perception that Slovak political parties are on the take from 'unofficial sponsors' which donate large chunks of money in return for lucrative state contracts.

"The public has frequently seen scandals around the SDĽ," said Grigorij Mesežnikov, head of the Bratislava-based think tank Institute for Public Affairs (IVO). "And Slovaks are used to hearing about similar cases with other parties as well."

According to a 'Corruption in Slovakia' survey published in June by the World Bank, 56% of the Slovak population believe 'unofficial party sponsoring' occurs commonly or frequently.

"While firms of all sizes have admitted this practice, larger firms reported unofficial sponsoring at a higher rate," states the World Bank study. "One of every eight firms [12.5%] with more than 15 employees said it provided unofficial payments to political parties."

Despite widespread belief that the practice is rampant and uncontrolled, politicians have done little to ensure that political party financing is made more transparent. An October amendment to the law on political parties, for example, obliges all parties to submit annual financial reports to parliament as of January 1, 2001. Analysts, however, have said the law will do little to improve transparency and curb shady dealings between private firms and political parties.

"There were better proposals submitted to parliament, ones which would have punished parties more harshly if they ignored the law," said Mesežnikov. "However, given the lack of political will [to see real change], these weren't acceptable to the majority of MPs."

According to the new law, annual party financial reports must be delivered and presented in parliament. Critics point out, however, that the names and details of sponsors will be withheld from the public. Furthermore, parties failing to deliver the reports face a fine of only 100,000 crowns ($2,000), a sum dubbed 'ridiculous' by analysts.

"Any anonymous party sponsor would easily be able to pay that fine," Mesežnikov said.

Despite the law's faults, many within the SDĽ say it marks progress against corruption. "The law is a great step forward," said SDĽ MP Milan Ištván. "It's a much stronger law than ever existed before and the criticism we're hearing from analysts and journalists is out of line. Nobody can say that it's a bad law until we see how it works."

But others say the party has much work to do in convincing the public of its will to tackle corruption, work that goes beyond publishing property disclosures on the Internet.

"We have to get hard on those trying to take disproportionately from the common 'cake'," said SDĽ member and Finance Minister Brigita Schmögnerová in an interview with a Slovak daily Pravda on December 18. "Our agenda should be primarily fighting corruption, asset stripping and clientelism [in state companies]. Despite our strong position in the coalition and government, we have not been active enough in pushing through these initiatives."

Schmögnerová continued: "The SDĽ as a reformed communist party managed to get rid of centralism and undemocratic practices [inherited from communism]. But today it seems that some of these elements are again becoming a normal part of our party.

"We are going backwards. Instead of continuing with transformation, voices within the SDĽ which have turned their back on the transformation process, or which favour populist style leftist politics, are growing stronger."