Peter Králik: Making an issue of homosexuality in Slovakia

He's a "typical man" who reaches for the daily Šport newspaper before any other. He lists German existentialist philosophers Martin Heidegger and Karl Jaspers as his favourite authors. He is an avid sportsman who competed in swim meets during his school years and has since taken up cycling and basketball. He's single, but says that "those who search find what they are seeking". He's a "professional gay" spreading word of the homosexual community in Slovakia. 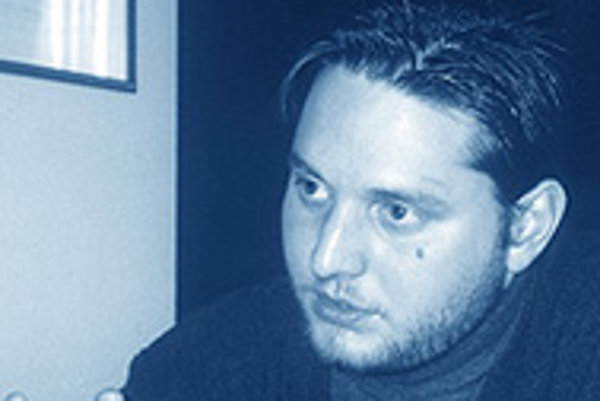 Peter Králik speaks in a hushed tone. His gentle and calm demeanour, however, should not be mistaken for embarrassment or for a lack of dogged determination.

He is what he is, he says, and he's proud of it. And he's on a mission to get others like him to be proud of themselves too and to get the rest of Slovak society to accept them despite their differences.

"I am a professional gay," he says with a smile, in earshot of the waitstaff of a Bratislava restaurant. "I'm trying to help change society so that more gay Slovaks can 'come out', and so that others accept the natural fact that homosexuals exist in Slovakia, and that we have always been here and will always be here."

Born in the northern Slovak city of Trenčín, Králik (25) and his 'professionally gay' colleagues took great strides in achieving the change he desires during an active year 2000. After proposing in 1999 that Slovakia's gay-rights groups unite, in May he co-authored the official charter of the Inakosť (difference) initiative, a 'coalition' of Slovakia's gay organisations which includes HaBiO, Ganymedes, and the lesbian group Museion.

"The charter defines our view of an open society where human rights are respected, regardless of sexual orientation, religion or race," he said. "Inakosť is not a registered group - we're a representative organ for all homosexuals and their interests. This is the first time in Slovakia where all the different gay organisations have gotten together on a common ground."

As it turns out, they reached this common ground at the right time. With a stated goal of spreading knowledge - and dispelling false impressions - about the gay community in Slovakia, members of Inakosť were called to action in August after Justice Minister Ján Čarnogurský stated that no equal rights law would hit the books as long as he was minister because it would "degrade the family".

Inakosť rallied, publicly condemning the statements and, as a result, brought the issue of homosexual rights to more Slovaks than they would have dreamed possible without Čarnogurský's statements.

"He helped us," Králik said. "None of us really expected that the issue would become such a hot topic in this country so soon. But he began a heated discussion in Slovakia that really caught on with the public. Some members of parliament even contacted us to inquire about possible cooperation, like Lazslo Nagy from the Hungarian Coalition Party, Jaroslav Volf of the Social Democrats and Milan Ištván from the SDĽ."

Although the issue has since cooled, Králik remembers with a wry grin the media attention Čarnogurský's statements garnered. "We started calling the weekly Justice Ministry press conference's 'Hot Thursdays' because that was when he regularly commented on our activities. As a result, we were able to reach far more people than we would have expected."

The headlines thrust Inakosť into the national limelight with, Králik now says, positive results because Slovak media covered the issue without resorting to homosexual stereotypes.

"It's the same with the Roma minority. They have government support and they have Roma leaders. Meanwhile, we have to fight just to get people to admit that we exist.

"Hungarians, Rusyns, women, Roma... they are all accepted as a 'minority'. We are a minority as well and we do exist. We have for the first time managed to be mentioned in the Global Report on Slovakia [an annual publication produced by the Institute for Public Affairs think-tank] as a minority group, but we're still not a normal part of public discussion."

Králik pauses, as if to check himself and his emotions. He lights a cigarette and pauses, not wanting to come across as hysterical, as a man who does nothing but complain and pound on the table shouting for change. After all, he and the Inakosť initiative preach open-mindedness above all else.

"It's not true that gays face hatred everywhere they go," he says. "In art circles and among journalists there are plenty of gays who openly declare their sexual orientation and are accepted as normal people. But there are other areas, like business representatives or state institutions, where it would automatically cost a homosexual his job if he went public.

"We're in contact with many homosexuals who work, for example, at the Justice Ministry or some other government office. They work closely with us but they cannot publicly support us or they'd be fired."

Králik says that Slovaks will not be comfortable coming out until the country learns to accept difference. Yet, again trying to maintain perspective, he says that the struggles of Slovak gays are no different than those experienced by homosexuals in other former communist countries.

"The situation here in Slovakia is very similar to that in other former communist countries," he says. "Our situation is like it is in Hungary and Poland. The most advanced post-communist community is in the Czech Republic. It's today common for public figures to openly declare that they are gay - like Havel's spokesman Mr. Krafl."

Czech President Václav Havel's spokesman Martin Krafl admitted that he was gay in September. Krafl, who says that 95% of the responses he received after coming out were supportive, praised Králik for his work this year, noting that change was needed in society, not in homosexuals.

"It's important to talk about the problem our societies have with gays," he told The Slovak Spectator December 20 from Prague. "It's not a problem with homosexuals themselves, it's a problem with our society which is unable to accept members of the gay community as normal people."

Krafl added: "Selecting him [Králik] as man of the year is a great act. Any person who defends the rights of minorities is worth the title of man or woman of the year."

For Králik, being a 'professional gay' entails more than just 'defending' homosexuals; it also demands encouragement. "Our goal at Inakosť is to encourage the whole gay and lesbian minority in Slovakia to come out and make it clear who they are - to identify themselves in public, at work, with friends.

"It's very important that [heterosexual] Slovaks understand there are living homosexuals here," he continues. "In big cities, this isn't a problem, but in villages and towns people are not used to seeing homosexuals. So we want to show ourselves as often as we can and point out at the same time that we are here and we are just like anybody else.

"We're now at the beginning, we are still at the starting line. In the Czech Republic, they've already run the marathon of making their community official. We still have a long way to run."

What Slovakia will look like once that marathon is run is a vision which Králik says he has seen before and will continue to work for.

"I have a favourite photo which was taken in the Netherlands somewhere," he says. "It's a black and white photo which shows a square with masses of people. As you look closer at the picture, you see two women holding hands in the background. On the other side of the square is a male couple, and somewhere else is a girl and a boy kissing each other."

At this point, he leans into his speech, attempting to clearly paint the picture in his audience's mind. "It's all one square... yet there's an African boy, there's a Japanese guy. It's full of different people and nobody notices anyone, everything is just accepted as normal. You can feel the freedom and tolerance in the picture, and a certain happiness that goes with it. I think this will happen here in Slovakia over the next 10 or 15 years."

He takes another drag on his cigarette before snubbing out the butt. In full spate, he's oblivious to the fact that he's failed to deposit the cigarette in the ash tray.

"If a homosexual couple walks down the street today holding hands, in most Slovak cities it would cause a scandal, maybe even violent attacks. Still, Slovakia has moved along. A generation of people - older Slovaks who do not accept homosexuality - will have to die off and some others will just have to accept that there are different groups and communities in Slovakia. But change is coming.

"And eventually there will be a new generation of people who won't even notice us as something unusual."