Since January 1, people living in Slovakia have had the right to obtain information from all state institutions, including ministries, control offices, local administration offices and parliament, unless the information has been classified.
The much anticipated law on free access to information has moved Slovakia further down the path of transparency, making its government more accountable than before, and immediately increasing the transparency of state bureaucrats. The authors of the law have dubbed it a "miracle" in helping Slovakia secure an open and transparent civil society. 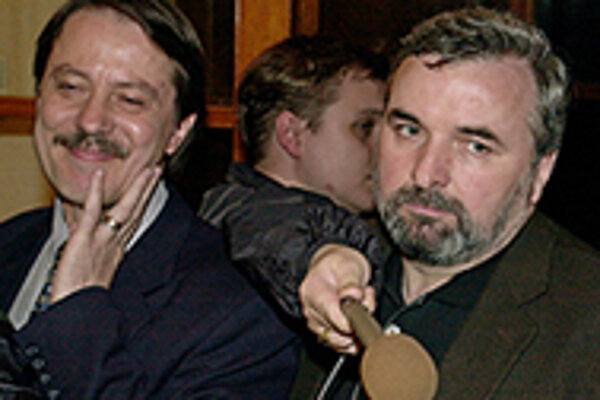 Font size:A-|A+  Comments disabled
Since January 1, people living in Slovakia have had the right to obtain information from all state institutions, including ministries, control offices, local administration offices and parliament, unless the information has been classified.

The much anticipated law on free access to information has moved Slovakia further down the path of transparency, making its government more accountable than before, and immediately increasing the transparency of state bureaucrats. The authors of the law have dubbed it a "miracle" in helping Slovakia secure an open and transparent civil society.

According to Ján Langoš, author of the law and parliamentary deputy for the coalition Democratic Party (DS) corruption in Slovakia has been dealt a blow "by giving common citizens the right to ask for all kinds of financial reports or public tender results, bringing more transparency into state administration".

But while the law has been applauded by international organisations and NGOs in Slovakia, highlighting its importance in the country's fight against corruption, they have also warned that even the best laws can fail to meet their ambitious goals if not properly promoted among citizens.

According to Tomasz Anusiewicz, United Nations' Development Programme officer, in Bratislava, the law is a fundamental democratic tool that must not remain solely a document on paper. "Public awareness is crucial and therefore state promotion of the law, especially in initial stages, is necessary," he says.

Initial surveys among NGOs on public awareness have been optimistic. According to one carried out by Košice-based NGO Communication House (KD) 62% of Košice inhabitants knew about the new law. KD's head Kristína Budajová said she had been positively surprised with the high percentage of the population aware of the law. Similar results are expected when other surveys are carried out nationwide, despite an assessment from Langoš himself that it will be about a year before the new law has 'lived' in the minds of Slovaks.

Under the new law all state employees are obliged to provide citizens with information on request. If the information does not fall under the given institution's competence, citizens should be advised where such information can be obtained. The information itself will not be priced, but people will have to cover the costs related to copying and sending the information, via regular mail or fax.

Thus, for a fax up to 5 pages long sent from Bratislava's Highest Control Office to a person living outside Bratislava, he or she will be charged 24.4 Slovak crowns (50 cents). The same size document sent to a Bratislava inhabitant will cost 5 crowns. People also have to pay for a computer diskette if they require information in this form.

UN's Anusiewicz noted, however, that it would be ideal if people did not have to pay for information. "It's psychological. Some citizens might be discouraged by the fact they have to pay. This [practice] may limit the actual use of the law."

The importance of people being able to ask questions has not been lost on the man behind the law. Lángoš pointed out that although some questions may not be answered immediately, it was still "extremely important for the health of this country that people start asking questions, and actively participate in this country's public life."

But for many Slovaks the concept for asking questions is not one they are used to. According to Tomáš Kamenec from the Citizen and Democracy (OaD) foundation "traditional thinking which goes back to the times of the Austro-Hungarian Empire keeps many Slovaks in the blind belief that [state] offices are always right, and that one should not question their functioning".

He added that although the state 'fell asleep' in promoting the information law among its citizens after it was passed in parliament in May 2000, NGOs have shouldered the burden of explaining to Slovaks the importance and consequences of the law in real life.

"I wouldn't say it's a generational thing. People who have a specific interest in something, business or personal matters, are already asking for information, also NGOs and journalists. But Slovakia in general needs to train, engage and educate citizens to realise that being a citizen is about more than casting their ballots [in parliamentary elections] once every four years."

Parliamentary Information Centre employee Darina Jahelková said January 8 that the centre had so far received an average of 5 to 10 requests daily, with people asking for passed or draft laws, or contacts for individual parliamentary deputies.

"Some [people] sent us various complaints which we can't help with, but we try to advise them who to turn to with their problems."

Indeed, some people have warmly welcomed the chance to check up on government.

"It's good to know that someone who pays taxes to this state, not only journalists but also common citizens, finally have the right to control what the state is doing with public money," said Ján Tomáš, a 27 year-old technical engineer from Bratislava.

Despite the positives already identified, one side-effect of the law's introduction has been seen. Institutions dealing with the law have taken on new staff to cope with requests, something which Lángoš had been hoping to avoid when drawing up the law.

As he explained, no extra employees should be hired to exclusively handle public requests. "Slovakia has too many bureaucrats already and the tasks related to this law should be easily handled by those already employed," he said.

However, some central offices have broken from that rule. Although the newly created Public Information Centre (ISV) had handled on average less than 10 requests per day since January 1, ISV head Martin Urmanič, said that "two out of four employees were freshly hired to serve the needs of public requests."

This was, according to Lángoš, a typically bureaucratic approach.

He added that should a person be refused certain information, unless it is classified as secret, he can complain to the employee's direct superior who can then fine the employee if proven that he had no reason to withhold the information from the complaining citizen.

Ján Füle, head of the Slovak Syndicate of Journalists, noted that the law was vital for Slovakia in the on-going "fight [with] the bureaucrats" and would enable common Slovaks to find out something "which may not have been very attractive for journalists but was interesting or even vital for individuals."