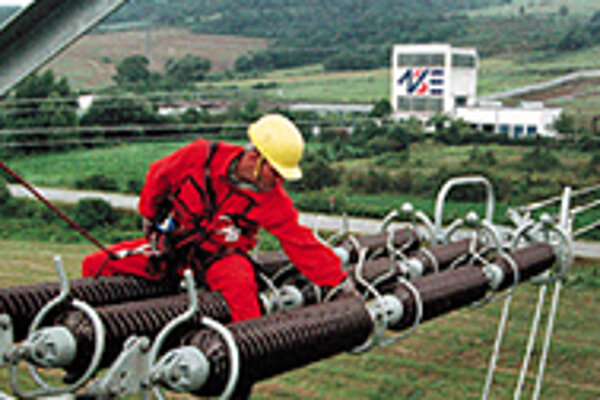 Font size:A-|A+  Comments disabled
The Economy Ministry has submitted plans to cabinet for the privatisation of three heat companies in what is being seen as a litmus test for the liberalisation of the sector.

Analysts, who have described the firms as "the key elements of the power sector", have said that if the government can smoothly privatise these three smaller firms, the prospects for the sale of state-owned power monopoly Slovenské elektrárne (SE), possibly in 2002, would look much brighter. However, if there are any serious hitches the chances of a good sale further down the road are unlikely.

"The sales are very important, among the most important privatisations this year because they are the first in the energy sector and there is very great interest in the sector. These are three of the major companies in Slovakia's power sector and if there is interest in the first one of them to be sold then there will be even more interest when the others come to be sold," said Miloš Božek, analyst at J&T Securities.

The government has taken the same view of the sales as another step along the path of full sector liberalisation.

"The aim of the Economy Ministry is to see through these privatisation processes as effectively as possibly and open up the energy market for liberalisation at the same time, a process which is currently going on all over the world," Economy Ministry spokesman Peter Benčurik told The Slovak Spectator January 8.

"It will obviously be a good signal for future liberalisation, including the sale of SE, if these privatisations are realised effectively. We think they will be," he added.

Under the government's plans the three power distribution companies will be transformed to joint-stock companies through the course of this year. After hiving off the firm's central heating facilities, stakes in the power distribution companies would then be privatised. VSE, without a heat generating facility, would be first to undergo transformation and privatisation, the date provisionally mooted as April 1.

A decision on the sale of the other two distributors is due to be made some time in April, the Economy Ministry has said.

However, while VSE will be first to be sold off, the most lucrative of the three for foreign investors, Západoslovenské Energetické Závody (ZSE), will be the key test for the sector.

"Západoslovenské covers the western region of Slovakia, including the Bratislava area, the most advanced in terms of power distribution and where a foreign investor can get most in terms of profits and growth," said Božek. "For this reason we may even see some of the biggest foreign players holding off when Východoslovenské is sold and waiting for Západoslovenské. There could be some substantial interest in these," added Božek.

With energy sectors across Europe undergoing a period of consolidation and a number of power giants emerging in the market, experts say that the outlook for Slovakia's sector liberalisation is reasonably bright.

"The outlook for the sector is optimistic. There are some very big western [power] firms which have said now that they have the funds for acquisitions and they are looking to fill some portfolio gaps in central and eastern Europe. I think that these [power distribution] companies in Slovakia would be on their lists," said Božek.

Východoslovenské has also boosted its chances of attracting good interest for its sale with a recent bid for three Ukrainian power distributors.

Despite the general optimism, however, analysts have said that the sales and further liberalisation will only be a success if accompanied by a supervising regulatory body in the energy sector.

"The answer to the question as to whether these sales are important is a simple one. Yes, very important. There is a chain that goes from the raw materials [for power] to the customer, and all the companies along this chain must be privatised at some point. And of these companies these three are among the most important. But they won't count for much unless these, and other privatisations in the sector are accompanied by a regulator. This is the crucial thing here," said Michal Benák of the mergers and acquisitions firm Navigator.

The government has not been blind to the need for such a body and has slated April 1 as the date for commencing operations of a new regulatory office. The Networks Regulatory Office will, as well as regulating the power sector, oversee the gas, rail, water and possibly telecoms markets.