The Economy Ministry is locked in what seems set to be tense negotiations over a controversial proposal for a regulatory body which if agreed to, could, critics say, put Slovakia's EU accession in jeopardy.
Protests from the Telecommunications Office (TÚ) have drawn attention to the ministry's plans to include the TÚ in the new Networks Regulatory Office which will oversee a number of sectors. 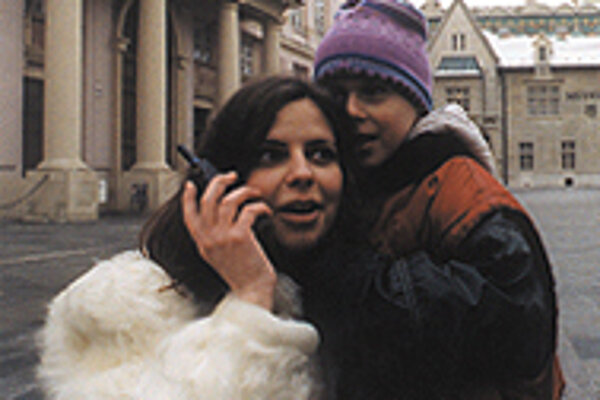 Font size:A-|A+  Comments disabled
The Economy Ministry is locked in what seems set to be tense negotiations over a controversial proposal for a regulatory body which if agreed to, could, critics say, put Slovakia's EU accession in jeopardy.

Protests from the Telecommunications Office (TÚ) have drawn attention to the ministry's plans to include the TÚ in the new Networks Regulatory Office which will oversee a number of sectors.

The proposal, TÚ and telecoms company officials claim, goes against European Union guidelines on separate regulation of the telecoms sector and has led to not just calls from the Telecoms Ministry for the Economy Ministry to back down on its plans but letters from Foreign Minister Eduard Kukan to his counterpart at the Economy Ministry Ĺubomír Harach, warning him in no uncertain terms that Slovakia's EU efforts will be compromised if he goes ahead with his plans.

"We are strongly against this. It is not in accordance with EU regulations. We created an independent regulator [in the form of the Telecoms Office] last year as part of a new Telecoms Law [passed last spring - ed. note], and now just six months later we may try to change that law again? It's not a positive signal," Milan Luknár, head of the TU, told The Slovak Spectator January 8.

"It would create a huge degree of uncertainty for a strategic investor if they thought we would change this law. They would then think that there are no guarantees in any of the sectors and that we may do it with any other number of laws," he added.

Deputy Telecoms Minister Dušan Faktor said: "Our arguments are the same as those of the Telecoms Office and we have always been against these proposals. They are not within the norms of the EU and will not be a good signal for investors if we suddenly initiate a big change in the Telecoms Law. Even [Foreign] Minister Kukan has written to the Economy Minister to tell him what harm it would do to our integration hopes."

The regulatory office, which will be funded not from the state budget, but fees paid by regulated companies, should go into operation as of March 1 this year when the law on regulation in network branches will come into effect. Independent experts will be appointed by the president to head the body for a six-year term, thereby ensuring the independence of the regulator.

Under the current plans, the body would oversee the power, natural gas, water and rail as well as telecoms sectors.

The Economy Ministry had wanted to give the body the jurisdictions the Telecommunications Office currently holds, including price regulation for telecommunications services, which the TÚ inherited from the Finance Ministry only last year.

The Telecoms Ministry had first raised the alarm over the proposals, pointing out that including the TÚ's powers in the new body could raise conflict with the EU's acquis communitaire's [the document outlining the legal, political and economic criteria aspiring members must meet before joining the union - ed. Note] chapter on Telecommunications and Information Technologies.

EU recommendations state that the regulatory office in any member state's telecommunications sector must be legally and functionally independent of any other regulatory body and in addition, it alone should have the power to control financial and technical regulations in the sector.

Economy Ministry officials, though, have said that they still support their original plans for a multi-sector regulator.

"The concept for regulatory bodies is now being negotiated between many ministries and its final structure will depend on the outcome of those negotiations. There are alternatives for the way in which regulation can be fixed, either as an independent multi-sector body, or to have separate regulators for each sector," Economy Ministry spokesman Peter Benčúrík told The Slovak Spectator January 8.

"But we have to find the best way for Slovakia. In the view of the Economy Ministry the multi-sector body is the best way," he added.

Experts have condemned the move, fearing that any interference with the TÚ's position now may jeopardise not just progress on EU accession, but liberalisation of a fast-growing market.

"The telecoms sector is one of the few in Slovakia which meet EU requirements and also one of the fastest-growing as well. Slovenksé telekomunikácie is no longer a state monopoly and there will be full liberalisation here in 2003. EU rules say that there must be an independent telecoms operator, and the TU is currently that, independent. It should not change," said telecoms analyst at Bratislava brokerage house Slávia Capital, Boris Kostík.

"It's not standard to have a telecoms office under another regulator. The only way to resolve this current problem is to have an independent, separate telecoms office," Kostík added, noting that some concern had been raised over the proposed Networks Office being in charge of so many sectors.

"There are doubts that the regulator could control so many things efficiently. It is likely that a lot of time will have to be devoted to the energy sector [one of the sectors due to be in the regulatory office's remit - ed. note] and that not enough time would be spent on telecoms. It is probably better to have individual regulators for each sector," Kostík said.