In late December 2000 Slovakia's second most popular daily, Pravda, informed its readers that the future of the paper was in serious danger. Due to what it said was a new, discriminatory contract prepared by the printing house Versus, the paper, which has a readership of 7% and 10% of the newspaper reading population, did not know if it would see the third millennium.
Pravda immediately filed a complaint with the anti-monopoly office, but beyond waiting for two or three months for a decision, there was not much else the paper could do. 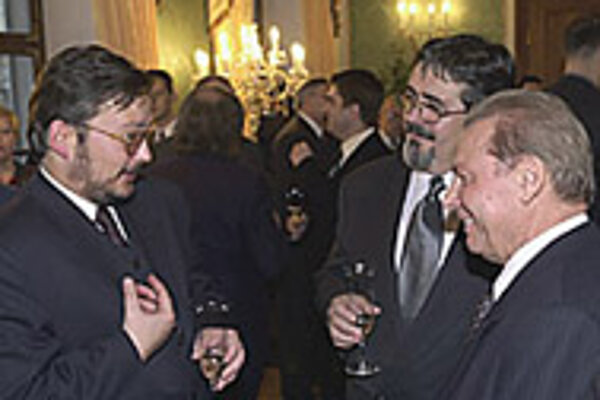 Font size:A-|A+0
In late December 2000 Slovakia's second most popular daily, Pravda, informed its readers that the future of the paper was in serious danger. Due to what it said was a new, discriminatory contract prepared by the printing house Versus, the paper, which has a readership of 7% and 10% of the newspaper reading population, did not know if it would see the third millennium.

Pravda immediately filed a complaint with the anti-monopoly office, but beyond waiting for two or three months for a decision, there was not much else the paper could do.

After the case received wide media coverage, the dispute between Pravda and Versus was solved and on January 2 Pravda appeared on stands. However, the incident reinforced the belief that a new, complex media law which would give all media clearly defined rights throughout their spheres of operation, was overdue.

Even more so, many media professionals said, because the current law dates back to 1966, a time when the Communist party had defined its ideological leadership in the media, and there was no independent media.

Having worked for the last 11 years since the revolution under this law, of which the major change since 1989 was said to be the erasure of the communist party leadership clause, Slovakia's journalistic community has said it's had enough.

A new law, also dubbed "the media constitution" by some active journalists, has been proposed by the Slovak Syndicate of Journalists (SSN) and since adopted by a group of coalition deputies around the Liberal Democratic Union's (LDU) Ján Budaj, also the vice chairman of the parliamentary culture and media committee, when the SSN became "desperate" after failing to push the law into parliament themselves.

"The Culture Ministry under [former Movement of Democratic Slovakia (HZDS) Prime Minister Vladimír] Mečiar prepared a draft media law and even managed to get it through the first reading in parliament in the beginning of 2000," said Ján Füle, head of the SSN.

"It was then when we decided to act."

He explained that the law would have destroyed all the work of independent journalists who engaged in preparation of the "standard and internationally consulted media law" of SSN. "As an act of despair we then turned to Budaj and agreed that his group adopt our proposal to give it a better chance to succeed."

The law itself, Füle says, is a huge leap forward for Slovak media.

"The law may sound standard by western measures but it's a big step forward for Slovak journalists who are still working under unclear legislation," Budaj said, adding, in an echo of the continuing problems with Czech Television, that his personal involvement in the media legislative environment stemmed from his belief that "it is vital for a democratic country to have clearly defined journalistic legislation and prevent any political or private control of media."

What the law will mean

The law, which according to Budaj and Füle should be discussed in parliament in this month's session, covers five basic areas. In the first terminology used in the media law is clearly defined. The second is dedicated to the specific problems of journalists' work - for example, defining rights for the supply of information, allowing journalists to obtain requested information from state institutions speedily, and giving a preference to journalists for availability of information.

The third area, which deals with the right of public to know about a public figure's personal dealings, is, Füle says, one of the key points to the law.

"This is already happening," Füle said, giving the example of former Defence Minister Pavol Kanis, who recently resigned after refusing to name the financiers behind a new luxury villa he was constructing in the suburbs of Bratislava.

"Politicians have already got used to the fact that their personal lives are watched by the media, but we have never had this principle defined in law, and thus journalists have been under the potential threat of being sued for publishing investigative pieces."

The fourth part of the law sets up rules for owners of mass media. An obligation to publish names of owners and financial results on an annual basis will bring more transparency to the media environment.

The final area of the media law deals with printing press's rules of registration and publishing - an area which will help guarantee there are no repeats of the Pravda scenario again.

According to Miloš Nemeček from the Association of Slovak Publishers of Periodicals (ZVPT), the proposed legislation is so far the most acceptable version related to publishing and distribution.

"It's absolutely vital to have this law, nobody can deny that the 1966 law is morally outdated and the new democracy brought with it many things which didn't exist under communism," Budaj told The Slovak Spectator on January 15.

He explained that the press environment had changed with the emergence of a free market economy bringing a boom of different opinions, papers, private ownership of media, as well as printing and distribution facilities, all of which needed new laws to regulate them.

The inevitability of the law was confirmed by those within the media. "The HZDS law would have restricted any development in the sphere of investigative journalism," said Vladimír Vancura, a Pravda journalist with over 30 years experience. If passed, he said, the new media law will strengthen and back up the needs of journalists rather than those of politicians.

Although Budaj expected that "if everything goes well, Slovakia can see its new media law within the first quarter of this year", Vancura was not so optimistic. "I can assure you that many politicians don't like journalists at all and I'm a little concerned as to whether they'll be willing to support a law which gives journalists more legally defined freedoms to inform."

Füle sounded a cautious note of optimism on the law. Although he believes it will be passed, there are still stern tests ahead for journalists.

"Even if the law is passed journalistic work will remain tough, but the tough game in Slovakia will have its up-to-date written rules for the first time."