Domestic investors were again overlooked January 15 with the news that a new set of investment incentives proposed by economic ministers would include them but that one important eligibility condition would rule many of them out of receiving attractive tax breaks.
Following discussions between Finance Minister Brigita Schmögnerová, Economy Minister Ľubomír Harach and Deputy Prime Minister for the Economy Ivan Mikloš, the government has been recommended to approve a new incentive package offering 10 year tax holidays to foreign and Slovak investors. 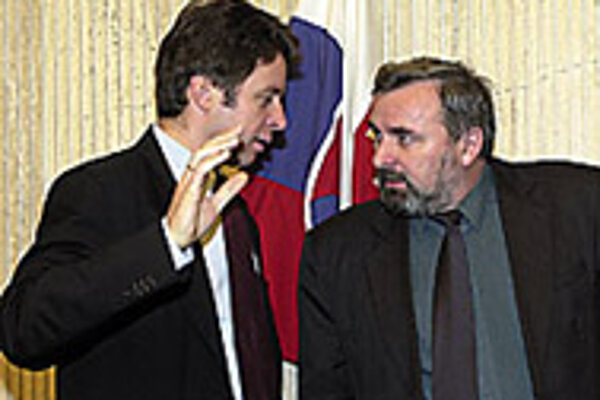 Font size:A-|A+0
Domestic investors were again overlooked January 15 with the news that a new set of investment incentives proposed by economic ministers would include them but that one important eligibility condition would rule many of them out of receiving attractive tax breaks.

To qualify for the tax breaks the firms must fulfill a series of conditions, including a minimum investment of 400 million crowns ($8.69 million), or 200 million in an area where unemployment is above 10%, and that new production is launched.

The last condition on new production would leave many domestic investors who want to invest by building new production facilities while manufacturing the same goods ineligible for the package. Experts have said that the new package is unfair on local companies.

"What's the difference between a foreign firm selling cars and a Slovak firm selling cars? The requirements for qualification are very strict and one has to wonder how many Slovak firms will apply for the incentives. It's not fair to make a distinction between foreign and Slovak firms," said Tom Verbraeken, tax manager at KPMG.

He added: "It would be better to have the same incentives for all firms, not just some."

There was also heavier criticism in September when the proposal, which many thought would be widely accepted without changes, was passed with only a five-year holiday instead of a 10 year tax breaks as in the original plans. Slovakia's neighbour states all offered far more attractive packages, analysts said, and the 10-year holiday would have brought the country onto a more level FDI playing field with Poland, Hungary and the Czech Republic.

The problem with the ten-year holiday lay in EU objections to an associate member country giving such large incentives to investors. Slovakia's regional neighbours had introduced similar incentives before they entered negotiations on EU entry, thereby circumventing the potential wrath of the EU.

However, Peter Benčúrik, spokesman for the Economy Ministry, told The Slovak Spectator January 15 that an agreement had been reached with the Finance Ministry on including the domestic investors in the package.

He added that the law would benefit many investors who had come to Slovakia before 1999, when the current government's first investment incentives had been introduced.

Alan Sitár, advisor to the Prime Minister on foreign investment, said that the new incentives had, while being opened to domestic investors, been primarily aimed at attracting new capital inflows.

Responding to the question of why domestic investors had been included in the package when so many of them would be ineleigible, he explained: "We want to attract and support new investment into Slovakia, inflows of capital. This measure is not intended to support exisiting investments," he said.

Sitár added: "It will be very hard to say how many domestic firms exactly will ask for the tax holidays. What we have seen in the Czech Republic, as a comparison, is that only 8% of investors granted investment packages are of domestic origin."

The new incentives package, however, has earned praise for putting Slovakia on a par with its neighbours.

"This brings us up to the level of other [central European] countries and our chances of bringing in more FDI have improved. But there is still work to be done," said Sitár.

The government has, despite its efforts to introduce investment stimuli such as the tax breaks, come under fire from many foreign investors over problems with securing land for individual investment projects.

The bane of many a potential investor, cabinet is now, government officials say, paying more attention to the fact.

"The package on tax incentives is just one piece of legislation for investors. The government will soon discuss related laws on land [for investment] and industrial parks," said Benčúrik.

The state has pledged 500 million crowns from its budget this year to put into industrial parks for investors, cutting out the hassle and cost of acquiring land and setting up infrastructure for individual investment projects.