Comments by Finance Minister Brigita Schmögnerová over taxes have re-opened a debate on whether or not the government's tax cuts have gone far enough to make a difference to the corporate sector.
In a piece specially written for the daily newspaper Sme January 11, Schmögnerová bemoaned the new tax regime for firms which came into effect January 1. Corporations now have to pay 29% tax rather than 40% tax as before, prompting speculation over the effect the cut will have on both the country's fiscal position and firms. 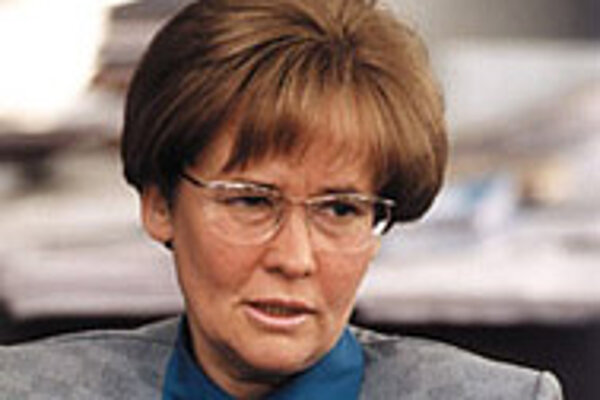 Font size:A-|A+  Comments disabled
Comments by Finance Minister Brigita Schmögnerová over taxes have re-opened a debate on whether or not the government's tax cuts have gone far enough to make a difference to the corporate sector.

In a piece specially written for the daily newspaper Sme January 11, Schmögnerová bemoaned the new tax regime for firms which came into effect January 1. Corporations now have to pay 29% tax rather than 40% tax as before, prompting speculation over the effect the cut will have on both the country's fiscal position and firms.

But while the Finance Minister is upset that a delicate fiscal balance may be upset, putting an already tight 2001 budget under pressure, many experts have said that there will be room to push rates even further down in future to entice corporate growth.

"In the medium term, over the next three to five years, we could certainly see a drop in these tax rates gradually to anywhere between 20 and 25%. I agree with the Finance Minister that this year and next there is little room for lowering these rates, but there should be beyond that," said Ľudovít Ódor, analyst at Československá obchodná banka (ČSOB).

The government is aiming for a 2001 budget deficit of 37 billion crowns ($804 million), or 3.9% of GDP. Schmögnerová has said that the new tax rates will see as much as 2% of GDP shaved off revenues. While many experts say that the Finance Ministry has underestimated revenues in order to push certain 'hidden' expenditures into state spending before the year is out, such as 9 billion crowns on highway construction, there is still some concern at the minsitry that the budget will be squeezed with the fall in revenues from taxes.

For Schmögnerová the problem could have been avoided.

"The fiscal year 2001 could have been less difficult if we had started to lower taxes for businesses - legal entities - more slowly, and spread it out over a longer period of time," Schmögnerová said in Sme, adding that Slovak business taxes were among the lowest within the 30-member Organisation for Economic Cooperation and Development (OECD), with only five countries in the lower group having lower corporate taxation.

Rates in Slovakia's neighbouring countries, with the exception of Hungary are similar. The Czech Republic takes 31% of corprate income in taxes, and Poland brought its tax rate down to 28% as of January 1 this year. However, corporations in Hungary have to pay tax rates of only 18%.

"Hungary's situation is such because its budget can survive with such low rates. It is always better to have as low tax rates as possible to stimulate profit in the corporate sector. But the question is when those rates are cut and the effect of them at that time," said Radomír Jač, analyst at Commerzbank Capital Markets in Prague.

"With lower tax rates there is a profit incentive for firms and there are less incidences of firms 'hiding' their profits to escape taxes. Therefore there is an argument that tax collection is actually more efficient. But of course there are fiscal responsibilities in any country and [a government] has to be sure that it can implement tax cuts without jeopardising the fiscal situation," he added.

ČSOB's Ódor explained that while it may be the case that some western countries had higher tax rates the situation in Slovakia has to be dealt with specifically rather than in terms of a comparative analysis.

"The situation across Europe is different in terms of corporate taxes. Some are lower and some are higher. The thing Slovakia needs to do is come up with a balanced system for direct and indirect taxes and use what works best to stimulate economic activity."

However, whatever the fiscal arguments for and against the tax cuts some firms will feel little benefit, experts say.

"The cuts helped the corporate sector in that they reduced the tax burden on companies, but many small firms won't feel it," said Gabriela Mokraňová, legal and finance advisor at the Slovak Chamber of Commerce.

"Even though the tax rate fell the prices for the raw materials any firm needs for any product and the supplies they have to get has actually increased. For this reason they will have huge expenses and the cuts in taxes won't make much diferrence to them," she added.

"The money they had to pay in taxes they'll now have to pay in expenses. It's just a different division of the same money."

Schmögnerová has also said that her ministry is preparing a set of tax revisions, to be introduced if GDP and public finances develop as she expects, which would see the number of tax deductible items for firms reduced.

While some companies may see this as a dent to their new found profit incentives, some experts have welcomed the move.

"Losing some deductible items would have less effect on firms' profits than the cut in taxes. The latter would more than balance out the former," said Ódor. "And the simpler the tax system in Slovakia the better."