The last year has begun a consolidation process in the corporate sector. However, efficient legislation which would set duties and rights for companies' representatives based on principles of corporate governance is still missing.
On January 17, The Slovak Spectator met with Lucia Žitňanská, a member of the team that has been revising Slovakia's Commercial Code to find out how the changes to the code, which may come into effect as soon as the second half of this year, would affect the corporate sector and bring about a change in the business environment. 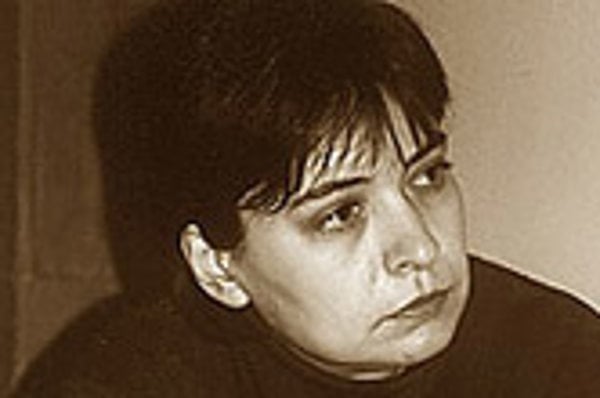 The last year has begun a consolidation process in the corporate sector. However, efficient legislation which would set duties and rights for companies' representatives based on principles of corporate governance is still missing.

On January 17, The Slovak Spectator met with Lucia Žitňanská, a member of the team that has been revising Slovakia's Commercial Code to find out how the changes to the code, which may come into effect as soon as the second half of this year, would affect the corporate sector and bring about a change in the business environment.

The Slovak Spectator [TSS]: Why does the Commercial Code need to be revised?

Lucia Žitňanská [LŽ]: Basically there are two reasons. The first is to approximate Slovakia's legislation with the European Union's, and secondly, current legislation on regulating setting up and functioning of companies hasn't been changed since 1992, and doesn't reflect the current needs of the corporate sector.

TSS: What are the basic changes that are going to be implemented?

LŽ: Our intention is to implement all European Union rules on company law and OECD principles of corporate governance into existing legislation.

Another big change will concern the Company Register - a majority of documents on individual companies which aren't currently public now will be. Today one can get a copy of a company's business licence with some data, but no one can get documents backing up this data, such as company articles, annual financial statement, auditor's report and other relevant documents.

As far as changes in different types of companies go, limited liability companies (s.r.o's) and joint stock companies (a.s's) will be most affected.

Concerning corporations, rules governing increases and decreases of basic capital are going to be changed considerably, as well as legislation for the establishment and separation of companies.

A shareholder will have the right to sue company representatives for mismanagement, something that is not possible under the current legislation. We are trying to design the legislation in such a way that there will be little space for misuse of these rights by minority shareholders.

We want to address the duties and responsibilities of the board of directors and supervisory boards of companies.

The revision will also bring more thorough disclosure and information duties of management vis a vis the shareholders.

TSS: How much will this revision reduce asset stripping?

LŽ: We expect companies to operate more transparently after the revision is implemented and hope that space for asset stripping will be narrowed. But the key is that our commercial legislation will harmonise the situation in the country's corporate sector with that in the European Union. Shareholders and creditors will be in a similar position as shareholders and creditors in EU countries. In this area, the revision matches with last summer's approved revision to the Bankruptcy Law.

On the other hand, we cannot exaggerate our positive expectations. The changes are huge; so far the document contains 165 pages of text, and it will take some time before they get absorbed by the [business] environment.

As far as improvement of shareholders rights in connection with company representatives' behaviour goes, we would need to see two or three court cases where minority shareholders sue board members successfully. Only then would representatives of companies get a feeling that they have to follow a certain set rules.

TSS: What impact do you expect the revisions to have on the corporate sector?

This revision institutes a cause of action for minority shareholders with a minimum 5% stake (altogether or individually) to sue individual members of the board for misuse of their power or not upholding their duties or call special shareholders meetings to discuss these issues and propose changes in a company's management.

TSS: How long have you been working on the revision?

LŽ: The team of experts working under the auspices of the Justice Ministry has been involved in the revision for one and a half years.

A draft of the revision is about to be sent to different ministries and their comments are expected to be evaluated by the end of February. After that the Justice Ministry will present the draft amendment to the government. If approved it will proceed to parliament. So, we expect the revision to come into effect some time in the next six months.

We also expect that part of the revision won't take effect immediately after approval. Duties and responsibilities of companies' statutory representatives can take effect immediately. But some parts of the revision, such as publication of some documents from the Company Register will involve technical preparation, so it will take some time for them to be fully operational.