When the Velvet Revolution in 1989 swept away a socialist system in Slovakia which had often violently suppressed religion for more than 40 years, the door to free religious expression had been opened. That sudden blossom of the Church has exposed a change in values in Slovak society and the perception of religion among its own citizens.
The fall of communism saw an enormous number of people claiming Catholicism almost overnight. The Church's role grew beyond just providing spiritual guidance, to other activities that were denied the Church under the totalitarian regime. 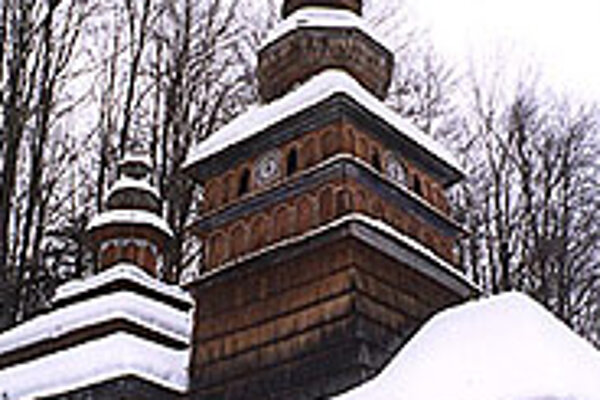 Font size:A-|A+  Comments disabled
When the Velvet Revolution in 1989 swept away a socialist system in Slovakia which had often violently suppressed religion for more than 40 years, the door to free religious expression had been opened. That sudden blossom of the Church has exposed a change in values in Slovak society and the perception of religion among its own citizens.

The fall of communism saw an enormous number of people claiming Catholicism almost overnight. The Church's role grew beyond just providing spiritual guidance, to other activities that were denied the Church under the totalitarian regime. Most visibly, 630 new Roman and Greek-Orthodox Catholic churches were built across Slovakia in the last decade.

"The communists created a long-term artificial [religious] vacuum. Religion was something that was artificially suppressed and after loosening, it simply exploded," said Marián Gavenda, spokesman for the Conference of Bishops in Slovakia.

The totalitarian regime, the clergy says today, worked hard to exterminate religion. The state did not free any money for running churches, while now a certain portion of state finances is given to the Church. Especially in the early 1950's, the Communist party launched witchhunts against priests. They were often imprisoned, sometimes to serve a life sentence, and any illegal religious meeting or spreading of spiritual ideology among citizens was dealt with severely.

But with the fall of communism came the important freedom believers had desperately sought for so long. "The importance to claim religion is a freedom in any society," says Magdaléna Piscová, sociologist at the Slovenská akadémia vied (SAV) institute.

With this new-found freedom of religious expression, however, came a questioning of society's true adoption of Christian religion.

"It is a freedom," continued Piscová. "However, the importance of religious expression in a society is more a question of belief, whether the people spiritually feel it and act accordingly."

The changing role of the Church in society after 1989 played its part in this questioning.

"The main role of the Church is to satisfy spiritual needs of citizens," Gavenda said, explaining that after the fall of communism, the Churh's role became more than just a spiritual service for those citizens who wanted or needed it. It contributed to educating children, helped citizens who found themselves on the fringes of society, such as the homeless or drug addicts, and began to provide serevices in hospitals and the army.

Because of the sudden increase in the number of people claiming the Catholic religion, now estimated by experts to be around 75% of the population, it seemed as if a new fashion wave had hit Slovakia in the form of Christianity and people had hastily grasped a chance to take something from it for themselves.

"The freedom of religion was abused by careerists who used the new situation to get to leading positions in politics," said Gavenda, adding "the number of these people, even though very low, created a bad image for the Church [in Slovakia] and drew attention away from the number of real believers, which was far higher."

Ján Bunčák, sociologist at Bratislava's Comenius University, explained that the change in political systems led to a change in people's value orientations. Bunčák said that while the changes after the revolution led to the creation of an image among those outside the country that religion in Slovakia was almost a societal trend there was more to it than that.

"The attitude of people towards religion has changed significantly, from real socialist-communist to a pro-church orientation. It does not mean that the people changed to better ones. They have just chosen the orientation they think corresponds to the present."

The communist suppression of churches has created a lingering problem. The more than 600 new churches that have been built since 1989 are still not enough, according to ecclesiastical bodies.

Closing churches, combined with a proliferation of towns or villages under the communist regime led to a disproportionate amount of churches in regard to population in certain communities, Gavenda said.

There would be some large churches in less populous areas, but in major towns and cities, there would often be only one church for many thousands of people with the new found freedom to worship, he adds.

He explains that the situation is little better in some areas now. "In villages, people still have to travel long distances to get to a church. Petržalka [an area of Bratislava - ed. note], for example, used to have only one little church where people were stuffed in. And priests had to serve more masses in different churches. Thus, there was a desperate need to build new churches."

Vladimír Bajan, the mayor of Petržalka, explained that the district now has two churches for its 127, 000 inhabitants. "Some of the masses take place in places like culture houses or in chapels," he says. But he holds out hope that the situation can be remedied.

"There are two new churches planned for Petržalka, which could together with the existing ones hopefully cover the whole area," he added.

Another problem, again linked to the post-revolution change in society, cropped up shortly after the churches were built - there was a sudden lack of priests.

Less and less Slovaks are being ordained as priests and Slovakia has had to ask for help from foreign priests to serve in churches, many of them from neighbouring Poland.

The reasons for the declining numbers of ecclesiastical shepherds for the burgeoning flocks lies, according to many priests, in demographic changes and society's ready embrace of western consumerism.

The birth rate has dropped over the last 30 years, and the last decade has seen the number of would-be priests in clerical education drop by a third. Society's adoption of consumerism, they agree, is hampering a growth in their own order.

"The main reason [for the falling numbers of priests] is that 'take rather than give' is the motto, the complete opposite of what a priest should do. To renounce material wealth has no place in the mentality of people today."