On his website, Slovak hockey star Zdeno Cíger jokes that he left behind the glamour and riches of the NHL for want of good fishing. "I met a lot of friendly people in America," he writes, "But I prefer catching fish in lakes and rivers to the ocean, which is why I came back."
In person the tall, muscular left wing, sporting a crew cut and a bloodied lip, is not any more forthcoming. On a recent weekday after morning practice, he repeated what has become since his return in 1996 almost a mantra. "I like being home. Life here suits me." 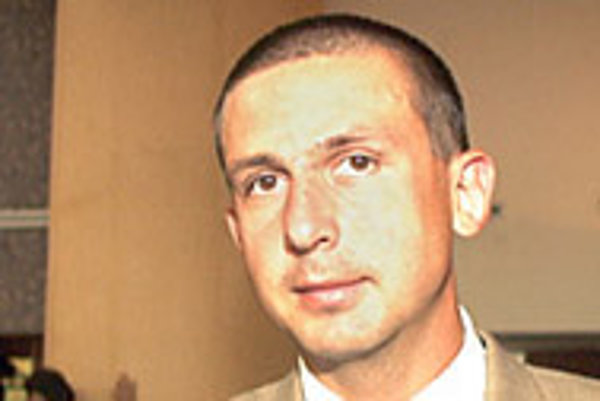 Font size:A-|A+  Comments disabled
On his website, Slovak hockey star Zdeno Cíger jokes that he left behind the glamour and riches of the NHL for want of good fishing. "I met a lot of friendly people in America," he writes, "But I prefer catching fish in lakes and rivers to the ocean, which is why I came back."

In person the tall, muscular left wing, sporting a crew cut and a bloodied lip, is not any more forthcoming. On a recent weekday after morning practice, he repeated what has become since his return in 1996 almost a mantra. "I like being home. Life here suits me."

The simplicity and doggedness of the statement has baffled both NHL general managers and fellow Slovak players eager to make the American big time ever since Cíger turned down a million-dollar contract in 1996 to play for the Edmonton Oilers. Either Cíger is hiding some deeper reason for not wanting to play abroad, the logic seems to go, or quietly plotting his return.

"It's hard for people to understand. And it is hard for me to explain why I like it better in Slovakia. I just do," says Cíger.

Cíger was the first in a wave of young Slovak players to leave Czechoslovakia for the NHL after the Velvet Revolution, but he is the only one to have found and left behind high-profile success.

Born in northern Slovakia's Martin in 1969, Cíger was drafted in the third round of the 1988 NHL draft by the New Jersey Devils after being named Czechoslovak rookie of the year. He left to start his career in America in 1990 never having spent much time in the West.

"It was difficult at first. I couldn't understand the language. It took me about a year to adjust," he says.

It took him longer to emerge as a serious player in the world's premier hockey league. During three years in New Jersey, he saw as much bench time as ice time and had a stint in the minors.

In 1993 he was traded to the Edmonton Oilers, where his playing time increased. Locked in a contract dispute the following year, he returned for most of the season to his former team, Dukla Trenčín. In 1995-96 he returned to the NHL and had a breakout year, notching 70 points and 31 goals in 78 games for the Oilers. His career in the NHL assured, he surprised everyone by announcing he was returning to Slovakia indefinitely for "family reasons".

Sports analysts have speculated that Cíger may have been put off by Edmonton's offer of a million dollars, which they say was slightly below his value.

But Cíger explains that he had long been considering returning to Slovakia, and that NHL money isn't everything. "I wanted to try playing in the NHL, but I never intended to stay forever. There are more important things in life than money."

Of course, Cíger has not exactly starved since returning home. He signed a contract to play for Slovan Bratislava in 1996, a deal reported by international media to be worth around $150,000 a year. Slovak hockey teams don't usually release figures, but it is believed that Cíger is Slovakia's highest paid hockey player.

Other hockey analysts reported that Cíger left the NHL in 1996 because of his wife, a registered nurse who was unable to use her credentials in Canada and the US. Their divorce last year has fuelled speculation that Ciger might soon return to the NHL.

"That's all media bullshit," Cíger responds, with a flash of irritation. "She was at home with the children then, and anyway I came back for a whole complex of reasons, including being near my parents."

Cíger says he still gets offers to come back to the NHL, where he is considered a second tier player - not quite the talent of countrymen Žigmund Pálffy or Peter Bondra, perennial NHL all-stars, but a solid addition to any team.

The Wild, who have two Slovaks on their team, acquired the rights to Cíger in September's waiver draft, in which Cíger was, according to Risebrough, the best player available. The two spoke on the phone after the draft, but Cíger said he had no desire to leave Slovakia.

Yet Cíger admits that could change in the future. "I'll have to see. I might go [play in the NHL] again. I have to consider my options at the end of the season," he says.

For now, fans and team-mates are happy to have him in Slovakia, where his presence has added prestige to a league that has lost most of its best players abroad. Last season, Cíger led Slovan to their second national title since the 1993 split with the Czech Republic (both titles have come since his return), and so far this year to the second spot in league standings. Cíger captured best forward honours at the international Continental Cup tournament earlier this month in Zurich.

But back in 1996, there were reports that Cíger's return wasn't going as well as planned. Fellow Slovak (and then Edmonton Oiler) Miroslav Šatan told the Edmonton Sun in 1996 that Cíger wasn't enjoying playing back in Slovakia. "He threw his stick at a referee one game, missed, so he threw his glove to make sure," Šatan said.

That year, however, Cíger finished the season with 53 points in 43 games, and has been dominating the league ever since.

Yet there are signs that after four years, the homecoming euphoria that surrounded Cíger's return has worn off. Cíger says that conditions for Slovak hockey are still not up to speed, that money needs to be invested to improve stadiums and facilities, which will in turn improve fan attendance. He also says that attitudes towards him have cooled.

"In the beginning people were really excited to have me back, but then they got used to the idea. Now it seems to bother people that I make so much money here. But they should understand the amount of money I could be making there [in the NHL]."

Whether or not he will be making that kind of money again will depend on the ability of Slovan to keep him satisfied. "I like it here, and I don't want to leave. As long as I have the right conditions I will stay in Slovakia," he said.

NEXT ISSUE: The Academic