A five month public row between the Hungarian Coalition Party (SMK) and the Party of the Democratic Left (SDĽ), which had threatened to derail vital upcoming constitutional reform, was put to rest last week as leaders of the two ruling coalition parties found agreement and appeared to bury the hatchet. With some of their main grievances redressed, the Hungarians have now pledged to support the amendment of the Constitution when it goes before parliament in a final reading February 6.
Getting the SMK's support - and the 15 crucial votes in parliament that go with it - was key to pushing through the amendment, which the government considers key to European Union integration. 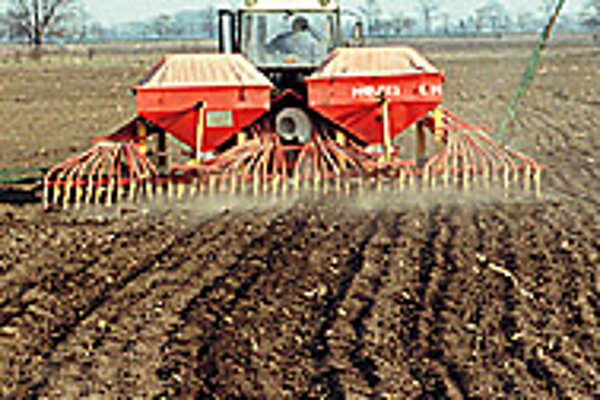 Font size:A-|A+0
A five month public row between the Hungarian Coalition Party (SMK) and the Party of the Democratic Left (SDĽ), which had threatened to derail vital upcoming constitutional reform, was put to rest last week as leaders of the two ruling coalition parties found agreement and appeared to bury the hatchet. With some of their main grievances redressed, the Hungarians have now pledged to support the amendment of the Constitution when it goes before parliament in a final reading February 6.

Getting the SMK's support - and the 15 crucial votes in parliament that go with it - was key to pushing through the amendment, which the government considers key to European Union integration. The ethnic Hungarian party, however, had threatened to not support the reforms because key party demands were not being met or even discussed by the coalition.

The SMK's demand that lands unclaimed in the early 1990s restitution process be transferred to the control of municipalities had met the most resistance, and had aggravated the party's already strained relations with the reformed communists of the SDĽ. Agriculture Minister Pavol Koncoš (SDĽ) had frustrated the Hungarians by steadfastly refusing to honour the government's official 1998 programme declaration, in which the coalition had promised to transfer the unclaimed land from the SDĽ-dominated Slovak Land Fund to the municipalities.

But on January 21, SDĽ boss Jozef Migaš said that his party had prepared a "certain proposal for a compromise" on the land. The SMK voted three days later to support the constitutional reform.

As The Slovak Spectator went to print February 1, details of the land compromise had yet to be released. Government officials have neither confirmed nor denied reports by Slovak media stating that under the deal, the 650,000 hectares of unclaimed land would remain under the rule of the Land Fund, but that municipalities would be given a say in how the land is used.

"We decided to agree with this proposal even though it's not what we originally had in mind," said SMK leader Béla Bugár. "We decided to go with it, because we understood that at the moment there's nothing more that we [the SMK] can achieve without hurting the coalition's ability to function before the hard work ahead."

Other demands satisfied were the passing of the Minority Languages Charter and the establishment of a faculty at Nitra University to educate Hungarian teachers - both of which were both viewed as victories for the SMK.

Political analysts now expect the freshly united coalition to focus on the constitutional reform as well as public administration reform (which does not yet have the guaranteed backing of the SMK). Relieved coalition partners, meanwhile, praised the SMK for their decision to rejoin the fold.

"The decision of the SMK was an expression of their support of Slovak statehood, and for the construction of a democratic society," said SOP member Peter Kresák, one of the authors of the constitutional reform.

Hungarian support of public administration reform will remain in limbo, however, until SMK's fourth demand - the creation of a separate Komárno county in southern Slovakia, where a majority of ethnic Hungarians live - is resolved.

Despite the current feeling of chumminess within the coalition, Bugár warned that his party was serious about Komárno county. "We will not give up on this issue," he said January 28 during the Na telo debate show on TV Markíza. "If it's not discussed by our coalition partners, we'll again consider leaving the government."

He added that while the SMK was still open to compromise, no agreement would be possible until the topic was at least discussed. "But so far the issue of Komárno county hasn't even come up as a discussion topic," he said.

Political analysts have warned that if the SMK's final demand is not dealt with by the coalition, the reform of public administration could remain a dead letter. Since the reform envisages redrawing the regional map of the country, devolving powers and creating a new level of regional government - mandating changes to the Slovak Constitution - it requires a two-thirds majority in the 150-seat legislature. Without the support of the 15 Hungarian MPs, the coalition would have just 76 votes, short of the 90 required.

"The SMK's retreat would put the rest of the coalition in a tough position," said political analyst Soňa Szomolányi of Comenius University in Bratislava. "The coalition would have a hard time finding the necessary support in parliament for its future activities."

She added, however, that the Hungarians had a history of being practical and patient, and would therefore avoid a coalition collapse at almost any price. "I think the SMK has exhibited a willingness to compromise," she said. "And they have successfully appealed to other members of the coalition to learn do the same thing."

Not everyone is cheering at the price of the SMK's appeasement. The new language charter - which covers minority languages such as Hungarian, Czech, Croat, Bulgarian, German, Polish, Roma, Rusyn and Ukrainian - officially protects the use of minority languages in areas like education, the judiciary, media, culture, and public administration, and was modelled after the European Council's own language charter of 1992. The need for such protection has long been doubted by opposition parties.

But it was the second SMK demand - the approval of a faculty at Nitra University to educate Hungarian teachers - which infuriated the far-right opposition Slovak Nationalist Party (SNS) and prompted party boss Anna Malíková to promise the coalition her party's 13 votes in parliament in support of constitution reform "if the nationalistic Hungarian demands are not fulfilled".

The SNS's Jaroslav Paška also called on Prime Minister Mikuláš Dzurinda to publicly announce the details of the SMK demands and to "no longer let the coalition junta decide in secrecy about existential affairs of this state".

Szomolányi, for her part, said such statements were to be expected from the SNS and would not inflame anti-Hungarian sentiment in the country. For the nationalists, she said, the settling of the SMK demands represented an opportunity to "seize back support recently lost through internal party problems," including the admission that a party election had been rigged, and Malíková's alleged romantic involvement with a Russian businessman formerly wanted for fraud.