They travel the country to negotiate loan repayments with their clients' debtors, but find only firms in deep-set rigor mortis, and empty production halls gathering dust. Locals tell them that company owners have headed for 'greener pastures' - where, no one knows.
It's a typical picture of debt collection in Slovakia, and one familiar to claim collectors for Slovenská Konsolidačná (SK), a government body tasked to recover the massive debt portfolios of the three largest Slovak state-owned banks. 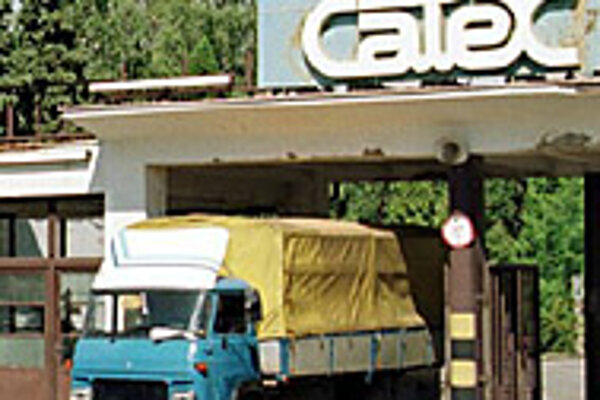 Font size:A-|A+0
They travel the country to negotiate loan repayments with their clients' debtors, but find only firms in deep-set rigor mortis, and empty production halls gathering dust. Locals tell them that company owners have headed for 'greener pastures' - where, no one knows.

It's a typical picture of debt collection in Slovakia, and one familiar to claim collectors for Slovenská Konsolidačná (SK), a government body tasked to recover the massive debt portfolios of the three largest Slovak state-owned banks.

Having in April last year started the collection of 96.9 billion crowns ($2.1 billion) of classified and non-performing loans transferred to Konsolidačná from Slovenská sporiteľňa (SLSP), Všeobecná úverová banka (VÚB) and Investičná a rozvojová banka (IRB) prior to their privatisations, the collection bank's chiefs have said that even now they are turning up some astonishing practices behind the giving of loans over the last decade.

"Some things that we have discovered as we receive more materials from the three banks still surprise us," Milan Šikula, general director of Slovenská Konsolidačná, told The Slovak Spectator January 30, adding that the three banks' loan policies in the past had been based on often unusual criteria.

"In the material that they [the three banks] have provided us with so far, we have found that some loans were paid even without contracts being signed. It seems that the banks didn't worry about this, because they didn't check up on a lot of these clients - many of whom now don't exist."

Konsolidačna's experience has again highlighted the legacy of poor bank management under the previous regime of Vladimír Mečiar's Movement for a Democratic Slovakia (HZDS), and has dimmed hopes the loans will be recovered.

Analysts agree that under Mečiar's 1994-1998 government, getting a loan was almost as easy as turning up and knocking on the banks' doors. State banks required few guarantees from clients to back up their loans, and issued many of them based on political links between individual businessmen and members of the ruling political parties, experts allege.

Marek Jakoby, analyst at the MESA 10 economic think-tank in Bratislava, said loans were provided in the complicit knowledge that they wouldn't be returned and that some individuals would profit from them at the expense of the firms which were liable for the money. "These individuals were on friendly terms either with political circles between 1994 and 1998 or with the managements of individual banks," Jakoby said.

The link between politics and loans received perhaps its most famous showcase in the saga of the Košice steel mill VSŽ, now owned by US Steel. The firm was granted huge loans between 1994 and 1998, among domestic banks mainly by VÚB, while its co-owner was then-Transport Minister Alexander Rezeš. The company subsequently defaulted on loans in 1998 and was left teetering on the edge of bankruptcy.

Based on the experience of other countries that have already gone through bank sector restructuring, only about 10% of claims that have been carved from state banks, as were those of IRB, VÚB and SLSP, are likely to be collected.

According to Šikula, it is still too early to say what portion of the claims Konsolidačná can collect, but preliminary government analyses show that about 45% of all debts housed at the house have little return potential.

Analysts are pessimistic of the chances of a more successful recovery rate. "Between 55% and 60% of claims that are in Konsolidačná belong to companies that are in bankruptcy processes. Most of them don't even have any property [which could be sold to recoup the money paid for a claim]," said Jakoby.

The government, however, is optimistic that many claims could be returned, saying that some investors from abroad have already expressed an interest in buying some claims. "We have to wait to see what will happen. I wouldn't take that [only] 10% figure [of claims to be collected] for granted," said Juraj Renčko, advisor to Finance Minister Brigita Schmögnerová and head of the ministry's Bank Privatisation Unit.

Analysts have also said that the return potential of the claims could be higher if there was suitable legislation to attract institutions to buy claims from Konsolidačná. Such buyers would purchase the debts for a sum much smaller than the actual debt, according to the merits of each claim, after having carried out studies of the companies owing the money. They could then either put money into the company to rebuild it themselves, or hold the company in a financially stable position until an investor for it can be found.

The appetite for claims could grow, Jakoby explained, with legislation on income tax and securities. "Current legislation discourages many institutions from buying claims and trading them," he said.

He explained that under current legislation, when a company wanted to buy a claim it couldn't write it off from its revenues until it sold it, which sometimes took a long time. "It happened that such a company managed to sell a claim for only part of the price that it had paid for it, but was still obliged to pay tax on the entire price," Jakoby added.

"[Changing] these [laws] are the kinds of tasks for the government to solve. It should approve suitable legislation in order to have more claims collected," Jakoby concluded.