"I don't really want to say it, and I probably shouldn't, but there really isn't much hope for the market."
In the words of one dealer, the future of the stock market in Slovakia is grim. This trader didn't want to be named, but his comments are reflective of the general mood among those behind the small amount of trading that occurs on Slovakia's capital markets.
On January 24 the National Property Fund (FNM), Slovakia's state privatisation agency, said it was putting a 7.98% share of the successful refinery Slovnaft on the Bratislava Stock Exchange (BSE). While the government might have thought it was doing the beleaguered bourse a favour, traders and the head of the exchange, Juraj Lazový, think otherwise. 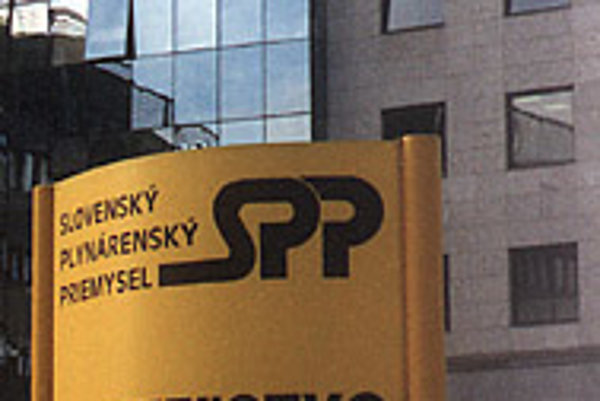 Font size:A-|A+0
"I don't really want to say it, and I probably shouldn't, but there really isn't much hope for the market."

In the words of one dealer, the future of the stock market in Slovakia is grim. This trader didn't want to be named, but his comments are reflective of the general mood among those behind the small amount of trading that occurs on Slovakia's capital markets.

On January 24 the National Property Fund (FNM), Slovakia's state privatisation agency, said it was putting a 7.98% share of the successful refinery Slovnaft on the Bratislava Stock Exchange (BSE). While the government might have thought it was doing the beleaguered bourse a favour, traders and the head of the exchange, Juraj Lazový, think otherwise.

"It's not going to make that much of a difference," he told The Slovak Spectator January 30, "unless it's backed up with some more issues like it".

The Slovnaft issue is supposed to be the first of a number of state stakes to be put on the BSE this year in the hope of generating interest in stocks on the bourse, and through that encouraging speculative trading. But the assessment of some dealers that the float will not attract interest in the market has highlighted the growing despondency of many towards the state's plans for the exchange.

While some ministers were hinting last year that 2001 would see the placement of a series of state shares on the bourse, the reality at the start of this year is somewhat different, and the Slovnaft issue, traders have concurred, is unlikely to attract interest if it is issued in its present form.

"The 8% stake is too big to sell to investors in one go on the Slovak market. It would best for the government to sell the whole stake just to one buyer," said Marcela Mitošinková, broker at ING Bank in Bratislava.

"This 8% that is being talked about may actually turn out to be 13% if others decide to sell as well [the state-controlled gas utility SPP also holds a 4.5% share and the Restitution Investment Fund 1% in Slovnaft - ed. note]. That would then be enough to be snapped up quickly by one single buyer."

A potentially attractive offer of 5% of a total 36% state share in the mobile operator Globtel on the BSE, has, insiders say, already been cancelled. The full IPO itself was postponed late last year as the downturn in telecoms stocks across the globe persuaded the state to wait a while. While the government had made clear from the start it would not consider putting the full 36% on the BSE, wanting to maximise revenues by a placement on foreign exchanges, it is believed that the decision had already been taken, prior to the postponement, not to put anything on the Bratislava exchange for fear of poor interest in potential money-making stocks.

Pipeline operator Transpetrol is also on the government's list of firms to be delivered of state hands in 2001. A successful firm by Slovak standards (it announced January 10 that it expects a profit of 203 million crowns for 2000), the 49% stake due to be offered is planned for a 35:14% split between a strategic investor and an IPO.

The IPO may go onto the Bratislava market, but certainly not all of it, and even if it does, traders say, it will probably be bought immediately by one buyer.

"The chances are that it will just go in a direct sale to strategic buyer - whoever is bidding for the 34% stake, or that buyer will arrange to take the 15% stake on the market anyway," said Mitošinková,

But even if some of the offer were to find its way onto the Slovak stock market for open trading, again the company is not viewed as one which will generate frenzied activity on the trading floor.

"Transpetrol is a good company, but it is unusual for a pure pipeline company [such as Transpetrol], which is not integrated into some other oil or gas network or company, to go for very high prices," said Ivan Chodák, an equity analyst at CAIB Securities in Bratislava.

As CAIB's Chodák explained, the limited number of shares on offer for trading at many Slovak firms - their 'free float' - makes them an unenticing proposition for international speculators.

"One of the main problems in Slovakia with the capital markets is the size of the free-floats. Free floats are the part of market capitalisation which can be assumed to be tradeable. For instance, if 100,000 shares are the total number of shares in a company, and 95,000 are in the hands of a shareholder who is unwilling to sell, either in a short space of time or at all, because he wants to keep a strategic share in the company, you therefore only have 5,000 shares which can really be considered 'tradeable', a small percentage of the overall shares in a company," said Chodák.

"The higher the free-float the more, and better, in terms of liquidity, the shares can be traded. Slovakia's main problem is that the free-floats are very limited. Take the example of a Slovak firm in which, let's say, a fund manager wants to buy 10,000 shares out of a free-float of 50,000, but the 10,000 represents just 1% of the company. Now that's 20% of the free-float, but the fund manager will find it hard to sell because that's still only 1% of the firm. It varies, but in theory the optimum someone wants to hold for trading is about 2 to 3% in such a small market as the Slovak one."

Coupled with this is the problem of the share prices themselves. With the most expensive shares on the BSE trading at roughly 1,500 crowns a piece [$32, for oil and gas storage firm Nafta Gbely], even top shares are worth little to overseas buyers if the free-floats are so negligible.

"Even if a share is worth 500 crowns, 10,000 shares still only represents $100,000. That's nothing - people have to be trading in orders of a million dollars. The problem in Slovakia is that companies are too small and it is difficult for people to make meaningful trades."

Experts believe that there is only one company to be privatised this year that is big enough and interesting enough to provide any lift to the stagnant market - gas distribution giant Slovenský plynárenský priemysel (SPP).

A government cash-cow earning the state billions of crowns every year - it grossed 8.163 billion crowns in the first nine months of 2000 with revenues for 1999 alone reaching 57 billion crowns - the company sees most of the gas from Russia and the eastern half of Europe flowing to the West through its pipelines, making it the second-largest distributor in the world. Its size, experts say, makes it virtually the only Slovak company able to vie for parity with western firms in terms of attractiveness in a stock market float.

"This is why SPP is such an excellent opportunity. Fifteen per cent of the company with its estimated market value is a large [attractive] offer," said Chodák.

Understanding what an enormous catch SPP would represent for gas firms in the West, the government originally put a $2 billion price-tag on the 49% stake it is divesting itself of later this year.

But many believe that because of this very attractiveness, the 15% mooted to go as an IPO by the government will either be sold on foreign markets, or not floated in a public offering at all.

"Obviously, if revenues from an IPO are to be maximised, then one would expect that this [15%] stake would go onto other international bourses if it is offered as an IPO at all," said Chodák.

Others, though, are not even that optimistic.

"In all honesty I don't think there will even be an IPO. The strategic investor will probably want all of that stake to themselves. It's not realistic to think of one," said the anonymous dealer.