BSE's Lazový: Holding out hope for SPP float on exchange

On November 1 last year a new financial markets watchdog, the Slovak Financial Market Authority, began operations. At the time it was heralded as a huge step towards making capital markets more transparent and securing fair and open trading of stocks in Slovakia.
Three months after its creation, The Slovak Spectator sat down with Juraj Lazový, General Secretary of the Bratislava Stock Exchange (BSE), to find out what the body had done so far, and what the prospects are for the Bratislava bourse in 2001. 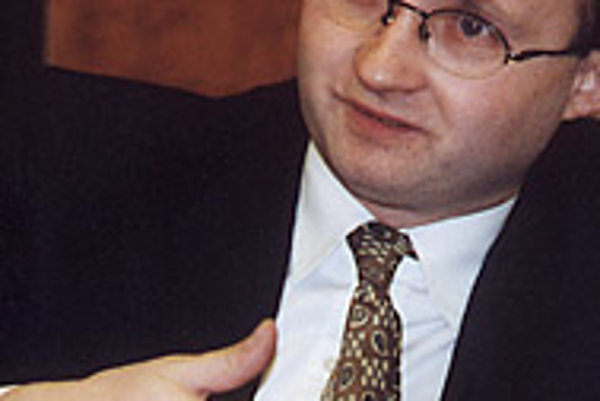 Head of the BSE Juraj Lazový

On November 1 last year a new financial markets watchdog, the Slovak Financial Market Authority, began operations. At the time it was heralded as a huge step towards making capital markets more transparent and securing fair and open trading of stocks in Slovakia.

Three months after its creation, The Slovak Spectator sat down with Juraj Lazový, General Secretary of the Bratislava Stock Exchange (BSE), to find out what the body had done so far, and what the prospects are for the Bratislava bourse in 2001.

The Slovak Spectator (TSS): The Financial Market Authority began operations last November. What has it done so far to make things better for the BSE?

TSS: What do you expect this body to bring to the capital markets?

JL: Everyone expects it to bring two major things. The main one is to bring more trust to the markets. The second one is improvement of the regulatory framework [in cooperation with the Ministry of Finance].

TSS: Under the Stock Exchange Act brought in last year to help the market, firms which want to be listed on the market will have to disclose full financial information as issuers. It has been said that this will lead to some firms withdrawing from the listed market rather than disclosing the information, leaving even fewer firms on an already low listed market than before. What kind of effect will this have if it happens?

It would also not be too damaging because if you look at companies on stock markets all over Europe, you see that those markets are dominated, in terms of most traded shares, by a small number of big stocks. That's the same situation as on the BSE.

TSS: With regards to the big firms, the government has said that it will float an 8% share in oil refinery Slovnaft. How much of that do you think will go on the BSE?

JL: The final decision is with the National Property Fund (FNM). Of course, they may decide to sell this straight to a single investor, instead of offering it to portfolio investors, which would be best for us.

TSS: How important is it to get this stake on the BSE?

JL: On its own not very, because it is not such a major stock. If it's the only one [that the government floats] it won't help very much. But if it is part of more like it, then it will be good. We need more than just this one.

TSS: The state has also mooted the idea of putting 15% out of a total 49% stake to be privatised in gas distributor Slovenský plynárenský priemysel (SPP) onto the stock market. How confident are you that the 15% stake would go here on the market in Bratislava?

JL: I hope that all 15% will come onto the market.

TSS: Are you in discussions with the government on this?

JL: We are. The Ministry of Economy and Ministry of Privatisation are in support of selling part or all of the stake on the stock market.

TSS: There are fears that because SPP is such a big company and a good buy that investors will only be interested in the 49% stake as a single buy, and not with an IPO as well, forcing the government not to go ahead with a share issue. Do you think that this might happen?

JL: There is of course that option, but I hope that it won't be the case. It would be a terrible disappointment if that happens. If the shares come onto the market we would see the market capitalisation of this market triple, maybe even quadruple, because SPP is such a big company. It would also be a great gain in that it would increase the interest of foreign investors in the Slovak market. They are not really too interested at the moment because it is a very small market and there are no companies big enough to issue large volumes [such as SPP's issue would be].

It would be very good news, maybe the first piece of really good news for the market for the last five years.

TSS: What other companies could the government usefully put on to the stock market?

JL: [Pipeline operator] Transpetrol is a good company and would be similar to SPP. Also in the future I think we will see Slovenské telekomunikácie (ST) go onto the market, not as a government decision but as that of its new owners [ST was last year bought by German telecoms firm Deutsche Telekom - ed. note]. This would be good because if you look around Europe you can see that telecoms firms are very big and it is one of the biggest market sectors.

TSS: Is there any legislation which you would like to see brought in, above last year's Stock Exchange Act and Securities Act, which would improve the functioning of the capital markets?

JL: The Finance Ministry is actually working on completely new securities legislation, which will be very important for the infrastructure of the market. It will create a new two-level accounting system for the central [securities] depository, bringing them into line with international standards, and will also create a new clearing system for securities, again bringing this up to western standards. Again, the reasoning behind all this is to create more transparency.

TSS: In your view, what will be the most important event this year for the BSE?

JL: Undoubtedly, the privatisation of SPP.