Sources close to the former state-owned bank Slovenská sporiteľňa (SLSP), bought by Austrian Erste Bank in December, have said that the finance house is likely to re-consider its stiff loan policies to the corporate sector in an effort to grab new clients and change an asset portfolio largely oriented toward the financial markets.
"This is only at the stage of discussions, but basically we won't provide loans only to the best companies - state monopolies and companies with foreign shareholders. The bank will have to look at small and medium-sized firms," a source told The Slovak Spectator February 5. 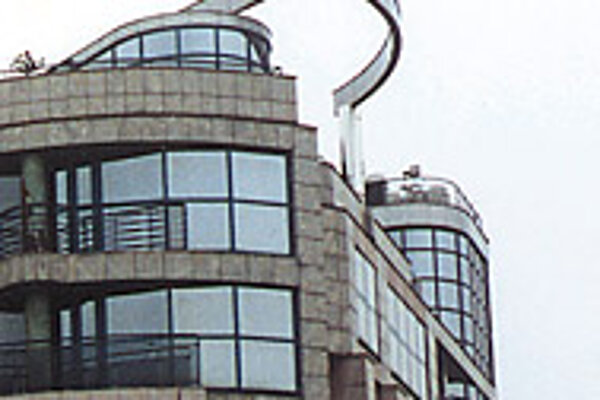 Font size:A-|A+0
Sources close to the former state-owned bank Slovenská sporiteľňa (SLSP), bought by Austrian Erste Bank in December, have said that the finance house is likely to re-consider its stiff loan policies to the corporate sector in an effort to grab new clients and change an asset portfolio largely oriented toward the financial markets.

"This is only at the stage of discussions, but basically we won't provide loans only to the best companies - state monopolies and companies with foreign shareholders. The bank will have to look at small and medium-sized firms," a source told The Slovak Spectator February 5.

"There is a transformation process going on in the bank, and teams of experts have been formed to deal with the situation. If they come to the conclusion that this is the highest priority, it will be carried out in about six months' time," the source continued, adding that other issues, such as how last year's revision to the Bankruptcy Law will work in practice, may affect the decision.

The relaxation of conservative loan policies is one of the most significant changes expected to come out of the on-going privatisation process within the Slovak banking sector. Analysts say the shift will come about because of the western managers brought into the banks through their sales, and have welcomed the apparent change in loan policies which Erste seems to be spearheading.

Already, government officials have said that banks will have to liberalise their loan policies in order to deal with an on-going credit crunch in the economy, and sector bosses have pointed to more liberal loan criteria in some banks.

Deputy Prime Minister for Economy Ivan Mikloš, in an interview for The Slovak Spectator on February 6, confirmed that banks would have to re-consider their credit policies. "Interest rates have improved, but this hasn't been reflected in a larger volume of loans to the corporate sector. However, banks currently have a liquidity surplus, and will have to start competing for clients," he said.

A period of poor banking management during the former government of Vladimír Mečiar in 1994 -1998, in which credits were extended to companies on the strength of what many industry insiders and independent analysts have said was political and/or personal friendships rather than company viability, left some banks with huge classified and non-performing loans.

Classified loans in the value of more than 100 billion crowns ($2.15 billion) were issued by the three state banks alone; a government plan to clean up the banks culminated in last year's transfer of the bad credits to special financial 'hospitals' Slovenská konsolidačná and Konsolidačná banka.

News of the possible lending change has already made the rounds of the corporate sector. Adrián Ďurček, head of the largest domestic supermarket chain, Jednota, said that he had recently been pleasantly surprised when a bank representative came to him and offered better conditions for loans.

"This is the first time it's happened to us," he said, adding that only six months ago it took a company of Jednota's size about nine months to get a 50 million crown ($1.07 million) loan from a bank, while in Germany the same process could take as little as three days.

"I have a feeling now that the situation here is getting better, and in terms of further progress, the [banking sector] privatisation process and arrival of new owners in the banks will certainly help a lot," Ďurček said.

The government is planning to privatise VÚB by the end of the first half of this year, and IRB possibly sooner.

Much ado about nothing

Some experts, however, are sceptical of a widespread loosening of banks' loan policies, suggesting that it will be some time before foreign managers, such as those brought in by Erste bank, come up with policies that are more relaxed but still prudent.

"Although there is a liquidity surplus in the banks, they will first have to take care of themselves, to strengthen their risk management, and only then start looking at external [within the corporate sector] changes," said Ján Tóth, an analyst with Dutch bank ING Barings.

He added: "Changes in internal policies might be seen in about a year's time, but not sooner, unless there are more viable and healthier companies to finance."

Representatives of other key bank players on the market, both state and private, have agreed that there is still a shortage of viable projects to finance in the Slovak corporate sector. Norbert Lazár, spokesman for VÚB, said that although the bank would increase its corporate sector lending somewhat in 2001, retail banking would likely see faster growth.

"We have finances for support of the corporate sector, but in the future we might well focus on retail banking in which there is more discipline from the point of view of clients," Lazár said.

Private banks, which have largely avoided the problems VÚB, SLSP and IRB have suffered, said that the corporate sector itself would be the main engine behind any change in their lending policies. "We don't have any problems with money either, but there just aren't so many projects to finance and the loan policies of banks in the next two years will depend on the quality of the corporate sector and amount of foreign direct investments into the country," said Marcel Kaščák, head of the loan department at the largest private bank on the Slovak market, Tatra banka.