The good news: The government last year overshot its budget tax targets, pulling in 5.35% more from taxes than it had planned. The bad: As it announced January 30, tax arrears also grew, jumping 10.88 billion crowns ($236 million) on 1999's figure to 64.89 billion crowns.
While statistics indicate that small and medium sized companies (SMEs) are responsible for most of the arrears, it is the unwillingness of large, and particularly state-owned firms, analysts say, to pay debts and invoices on time to these smaller companies which is to blame for the increase. 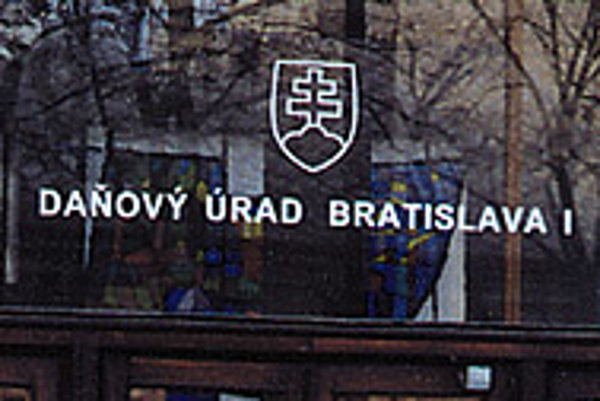 While statistics indicate that small and medium sized companies (SMEs) are responsible for most of the arrears, it is the unwillingness of large, and particularly state-owned firms, analysts say, to pay debts and invoices on time to these smaller companies which is to blame for the increase.

The end result is that SMEs, the real powerhouse of the economy, are left struggling to meet tax payments and are often forced into skirting tax legislation.

Experts argue that tax authorities are more lenient about enforcing debt payments from large or state-owned companies, but tend to be strict with smaller corporate fish. The favouritism, they say, is seriously impairing the healthy development of SMEs, and hence affecting the overall growth of the economy.

The main tax problem for many small companies lies in value-added tax (VAT) and a lack of disposable cash to pay it, largely because, experts say, state firms are not paying their invoices on time. When a small firm issues an invoice, including a sum for VAT, the firm has to pay that tax immediately to the tax office, even though the customer may not pay their invoice on time, often creating large cash flow problems.

"We are not able to pay VAT on time if our customers do not pay us on time, because we do not have sufficient cash flow. We have to pay monthly advance payments for income tax, which are derived from the previous year's economic performance, even though production may have decreased and production prices increased. Then we pay social insurance levies for employees [calculated as 38% of the salary paid to each employee], and if we want to expand [our business] we have to borrow money from banks at high interest rates and our debts just increase," said a financial director of a small furniture company who wished to remain anonymous.

This in turn, Červenáková explains, forces firms to search for ways to postpone VAT tax payments by issuing advance invoices to customers, borrowing money from banks and paying taxes only after receiving payments. "Businessmen are forced to pay taxes in advance whether they have the money [from invoices due] or not," she adds.

On the other side of the coin, according to analysts, state-owned firms are troubled by delinquent payments, secure in the knowledge that the state is reluctant to force them into meeting payments.

"In this state, to survive you have to be a big debtor," says Červenáková. "It appears that the state's [financial] commitments are treated differently from those of other firms."

However, Economy Ministry spokesman Peter Benčúrik refuted the argument that state firms have prevented limited liability companies from paying off their debts in recent years. "State firms have always paid their invoices and debts on time," he told The Slovak Spectator February 7.

The government has recently taken pains to be seen as forcing its companies to behave responsibly and pay debts. At the start of February, Economy Minister Ľubomír Harach ordered the state railway firm ŽSR to pay off a 1.5 billion crown debt to three state power distribution companies and state power generator Slovenské elektrárne, threatening to cut off supplies to the firm unless the arrears were settled, despite ŽSR's protests.

"One of the problems with limited liability companies is that they can create false new companies out of old ones and leave the debts with the previous firm. The same partners just transfer some of the assets and business activities [to the new company] and then when the [old] company forfeits its debts there is nothing left from which we can get our taxes back," said Central Tax Office (ÚDR) Director Ondrej Mráz.

He also questioned some bosses' attitude to paying taxes. "Businessmen first try to pay their bank loans, then invest money into development of the firm, while their tax obligations are only third on the list of priorities."

Some small businesses, however, believe that the tax office could do more to help SMEs when they run into tax problems.

"The local tax office should judge every company individually and distinguish between a company that is trying to build and develop its activity to help the state's market economy, and a company that is just limping along," said the anonymous financial director.

Larger firms, while being bad debtors and contributing to the poor tax performance in smaller companies, also get a more lenient approach to their own tax payments, experts say.

While the crimes of tax evasion are the same in large and small firms, analysts say, the punishments meted out to both are not.

"The legal requirements are the same for everybody, but the sanctions are not. If a small company does not pay its taxes regularly on time, it immediately faces penalties from the tax office. But they act differently if there is 10 million crowns which needs to be claimed from a local giant," said Ivan Chodák, analyst at CAIB Securities.

The government has yet to act on the unpaid taxes of certain businessmen in Slovakia. In one high-profile case, one of the largest Slovak auto parts manufacturers, Tatra Sipox, part of the Sipox Holdings group headed by entrepreneur Jozef Majský, has outstanding debts of millions of crowns, of which a large portion is unpaid taxes.

The debt has yet to be recovered by government institutions, while Majský is free to do business.

"Tax offices have courage only when it comes to little firms, which try hard to pay their taxes, but they are afraid of big businessmen such as Majský, who laugh into television cameras at the powerlessness of the state, knowing it can't do anything to him," says Červenáková.

The ÚDR's Mráz, though, is reluctant to accept such criticism.

"The laws sets the same tax requirements and rules for all companies," he said. "The Central Tax Office has exact rules, it can forgive a company from paying taxes only on property taxes, and it can pardon some fines. But everything has to go through an advisory office at the ÚDR."