Statistical Office battles for trust amidst lack of resources

"To make a sound decision, one must be able to monitor a given situation correctly, and it is here that the Statistical Office is so important."
With the government chasing FDI and trying to inspire the confidence of potential investors, the words of one of Slovakia's foremost analysts, Ján Toth of ING Barings, show how important the Slovak Statistical Office (SSO) is to any effort to bring foreign money into the economy.
But its role is a hard one to play for those at the office itself as they battle against what experts, and its chief, have admitted is a lack of resources. 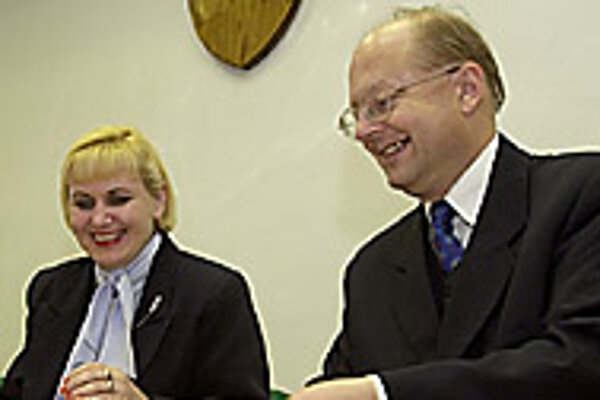 Peter Mach, head of the SSO

"To make a sound decision, one must be able to monitor a given situation correctly, and it is here that the Statistical Office is so important."

With the government chasing FDI and trying to inspire the confidence of potential investors, the words of one of Slovakia's foremost analysts, Ján Toth of ING Barings, show how important the Slovak Statistical Office (SSO) is to any effort to bring foreign money into the economy.

But its role is a hard one to play for those at the office itself as they battle against what experts, and its chief, have admitted is a lack of resources.

Relatively dynamic economic and social shifts make economic policy-making in Slovakia much more difficult than in EU countries, and the need for fully reliable statistics is therefore arguably all the greater. Inaccurate data not only confuse the government and central bank, analysts say, but also create mistrust among potential foreign investors and multilateral lending institutions such as the IMF and the World Bank.

And although, as with offices in other post-communist countries, the quality of data published by the SSO has much improved over the past decade, the office claims, a lack of resources remains a barrier to producing data that meet the standards of developed countries. What is worse, the analyses and forecasts built from these imperfect statistics can sometimes be misleading.

While the latest EU progress report on the state of Slovakia's accession negotiations from November 2000 pointed out that "the Slovak statistical system has shown significant improvements in the past year", some analysts remain concerned that key figures are being calculated poorly.

Ľudovít Ódor, an analyst at ČSOB bank, agrees that the SSO has made great progress since Slovakia became an independent state in 1993. But foreign trade in constant prices, one of the main headline statistics, continues to be calculated in an inadequate way, he says.

Unlike the majority of developed economies (including other central European countries), Slovakia continues to calculate the prices of export and import items based on data from the Slovak Customs Office rather than from traders themselves, a method that may have a serious effect on other predictions.

One of the forecasts at risk from unreliable foreign trade data is Gross Domestic Product (GDP). As a small open economy with exports or imports totalling up to as much as 60% of GDP, foreign trade is crucial to GDP projections.

But the problem is not just that Slovakia's foreign trade data are suspect - it's also that their improtance for reliable GDP estimates is not fully acknowledged.

The SSO calculates GDP through three independent sets of statistics, with foreign trade numbers in only one of them; analysts say that's not good enough. "Forecasts important to both the government and, crucially, foreign investors, can in practice only be made using the method including foreign trade statistics," says Ódor, explaining that other methods use figures which are too changeable to be forecast accurately.

Changes in methodology, mostly welcomed by analysts, have helped to increase the reliability of statistics. In one of the latest changes from June 2000, the SSO added parts of the 'shadow economy' (wealth or income not reported to the government) into its calculation of GDP from the first quarter of 2000. By this change alone nominal GDP grew by close to 5% overnight. In just the past three years, similar shifts in methodology have occurred in several other important macroeconomic indicators, such as industrial production, foreign trade and wages.

But while the changes may finally have produced more reliable numbers, in making them the SSO has often failed to recalculate past data, meaning that the remaining short new data series have made forecasting extremely difficult.

Experts say that even if the SSO does not have all the data available to recalculate a new statistic's past values precisely, it has information to make a reasonable estimate better than anyone else. "We do it ourselves now, but the SSO could make a much better job of it," says Toth.

The head of the SSO, Peter Mach, says that the tight budget of the Office limits its efforts at improvement. "At the moment, we do not have enough resources to produce all the statistics expected from us by the EU," he says, adding that the annual budget of the SSO has in fact decreased over the past few years, from 329 million crowns in 1997 to 297 million crowns in 2000, a fall of over 25% in inflation-adjusted numbers. In comparison, the budgets of the Czech and Hungarian statistical offices are three and six-fold larger, respectively.

Allocated its budget annually by parliament, the SSO currently employs 310 staff at its central office in Bratislava and a further 800 in its regional offices across Slovakia. Since Slovakia's independence in 1993, the SSO has added only 50 employees to its payroll while having to transfer most of the know-how from what used to be a federal statistics office in Prague.

The director of the National Accounts section at the SSO, Pavol Balaz, says that for an update of foreign trade methodology to take place, for instance, five new staff would need to be added to the total of 310 at the central office, not counting many other employees at SSO regional offices.

"It would be ideal to have parallel data using different methods for foreign trade calculations, just for comparison, but it's a question of money," he says.

The lack of resources, financial and human, has already produced some notable mistakes.

In the second half of 1997, miscalculation of foreign trade numbers cut Slovakia's official trade deficit by over a third, says ING's Toth. This not only confused the central bank, but also foreign ratings agencies, he adds: While several local analysts suspected in 1997 that despite good economic indicators from the stats office the Slovak economy was seriously overheating, the foreign rating agencies did not react. They did not downgrade Slovakia until spring 1998, when the recalculated foreign trade data showed that the unsustainable economic boom was about to come to a sudden and painful end.

In the summer of 1999, the SSO also incorrectly calculated real (inflation-adjusted) retail sales data until analysts notified it of the error.

SSO chairman Mach admits that mistakes have been made, but points out that improving both the transparency and quality of data costs money. He says that average wage rankings put SSO employees in the bottom three of two dozen civil service bodies, according to a state administration audit carried out by the INEKO think-tank last year.

Because of the low wages (below 13,000 crowns a month on average), says Mach, the Statistical Office suffers from high employee turnover, 5-10% a year. Over half of its staff are at least 46 years old.

The EU progress report also highlighted this as a problem, explicitly mentioning inadequate financing at the SSO and recommending that "policies aimed at improving recruitment and retention of skilled staff should be applied".

Vladimír Tvaroška, an advisor to Deputy Prime Minister for Economy Ivan Mikloš, agrees that the lack of motivation may hamper the quality of SSO's work.

The proposed laws on public and state service employees, says Tvaroška, should help increase the motivation of all state bureaucrats by making the current seniority-based salaries much more dependent on the quality of work. The law is expected to be passed later this year.

"I agree that motivation may be a barrier at SSO as well; nevertheless, for now I consider the SSO data reliable," he says.

For ING's Toth, solutions to the SSO's problems range from the plausible to the ideal. He suggests that one way of handling the resource problem would be for the SSO to receive much more money for staff training and the build-up of a central statistics database, available to the public free of charge.

A solution he says is far more likely, though, is that the Statistical Office charge a fee for access to such a database, but make all of its data available to any interested parties.

In the meantime, the Office plans to offer longer time series data on its Internet site, and to make more figures available free of charge this year. An update of its foreign trade methodology to EU standards, however, is planned only when Slovakia joins the Union.

"The government has many other priorities at the moment," says Mach somewhat resignedly.