The World Bank's Country Assistance Strategy programme to Slovakia for the years 2001 to 2003, approved on February 6, is a resounding show of faith in government reforms tied to EU accession and sustainable economic development, say the bank, the Slovak government and independent analysts.
Encouraged with the progress Slovakia has made, the head of the World Bank's Central and Eastern European Office, Roger Grawe, said that although vital reforms still have to be completed, he had faith in Slovakia's future. 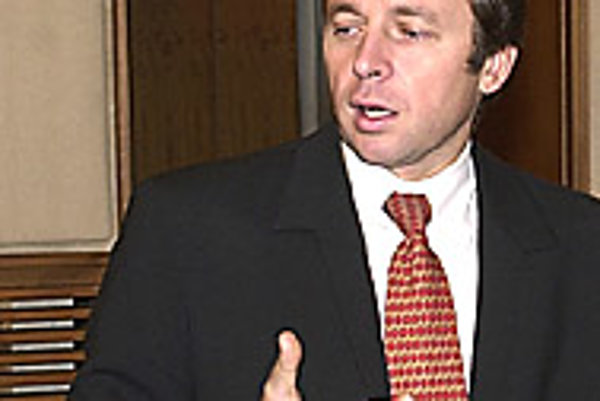 Font size:A-|A+0
The World Bank's Country Assistance Strategy programme to Slovakia for the years 2001 to 2003, approved on February 6, is a resounding show of faith in government reforms tied to EU accession and sustainable economic development, say the bank, the Slovak government and independent analysts.

Encouraged with the progress Slovakia has made, the head of the World Bank's Central and Eastern European Office, Roger Grawe, said that although vital reforms still have to be completed, he had faith in Slovakia's future.

"The World Bank's criteria for this programme are in line with Slovak government priorities, and while key reforms still have to be made in areas of privatisation, I count on these reforms going ahead," Grawe told The Slovak Spectator February 12, adding that the World Bank's relationship with the government was becoming steadily better.

"This is about working closely with counterparts in Slovakia concerning reforms in the banking sector and enterprise, and we feel we have a very good working partnership," he added.

Pavol Ondriska, an analyst with Bratislava brokerage Slávia Capital, described the Country Assistance Strategy (CAS) offer as "confirmation that Slovakia has followed the right path of economic development since the last parliamentary elections [in 1998]".

"It is not only about providing a loan, but also about sending a signal abroad that Slovakia is determined to be seen as a standard-functioning market economy," he said.

The CAS programme, the World Bank says, is designed to assist Slovak reforms implemented after the 1998 elections. Although Slovakia could borrow money from other sources, the World Bank's loan has specific advantages, analysts argue, in channelling money to specific sectors that would not necessarily be targeted by the government if the loans were obtained elsewhere. Moreover, they say, the bank's programme also includes provision of expert technical help and know-how in the form of international missions.

The programme's conditions for use of the loan have been praised by domestic analysts.

"This credit facility is connected with strict controls which are extremely good for Slovakia. It is a step forward, and means the finishing of certain reforms. Mainly, though, it ensures the money doesn't get lost [in less useful schemes]," said Tomáš Kmeť, an analyst at Slovenská sporiteľňa.

The programme offers three different levels of financial and technical help to the year 2003: up to $765 million in the top level, around $415 million in the basic and only $35 million in the lowest. Which level Slovakia receives is dependent on the country's fulfilment of the CAS's criteria.

According to the CAS report, the government's plans and progress so far on reforms suggest it will be eligible for the top level of assistance.

"It is pretty difficult, but realistic," said Vladimír Tvaroška, advisor to Deputy Prime Minister for Economy Ivan Mikloš. He added, though, that to win top billing the government would have to continue to devote its full attention to keeping reforms on course.

In order to get the maximum help, the World Bank assumes, Slovakia will fulfill all criteria set for the basic version, and also push through fast implementation of 'structural' reforms (those affecting large sectors of the economy). The criteria range from selling state shares in the SPP gas utility to dividing the state's share in the oil industry, restructuring the electric energy sector, reaching a decision on financing the health sector and pension reform, and continuing implementation of the government's anti-corruption programme.

The government remains confident that it can achieve all this. "The CAS programme is an exact endorsement of the Slovak government's plans - nothing more and nothing less. It's exactly what the government wants to do," said Tvaroška.

In offering the CAS, the World Bank, however, pointed out potential risks to the government's meeting all the conditions, largely the lack of consensus within the coalition itself on some key issues.

The coalition, made up of nine separate parties, has often been seen as divided on some important issues, with individual parties' demands delaying what experts have said are some of the most crucial reforms. Reform of public administration and the constitution, two reforms essential for EU accession, have been repeatedly delayed by disagreements between parties.

Cabinet has also been criticised for delays in economic reforms, including sector restructuring. Deputy Prime Minister for the Economy Ivan Mikloš told The Slovak Spectator February 6 that the liberalisation of the energy sector, in particular the privatisation power monopoly Slovenské elektrárne, has been held up by "lobby interests" within the state firm, and while political will existed to see the utility split up and sold, it was not sufficient to overcome the powerful interests which profited from keeping it in state hands.

After receiving the World Bank's report on the CAS, Tvaroška told The Slovak Spectator, the government pledged to minimise the risks by forcing a pro-reform direction within the coalition. Some analysts remain sceptical, however.

One foreign analyst, who wished to remain anonymous, said: "Problems with this loan include the political risk of difficult reforms, which may fracture opinion and consensus in the coalition government. And there are also likely to be problems with a slippage in the timing of implementing reforms. On top of that, any delay in EU accession from the EU or Slovak side could delay additional World Bank lending."