Management at US Steel Košice have said that they have nothing to fear from a police check on their company's employment procedures following media suggestions that they may be skirting Slovak work legislation.
Following a February 28 article in the regional paper Košický Korzár, the firm denied that some American managers were working illegally, having not obtained work and residency permits following the foundation of the company in late November and the $400 million acquisition of the steel mill VSŽ.
"There is nobody here working illegally," Dave Luptak, general counsel at US Steel Košice, told The Slovak Spectator March 5. "We have nothing to fear [from any check by the immigration police]. We have been working with them closely to get all the required paperwork and finish this complicated process." 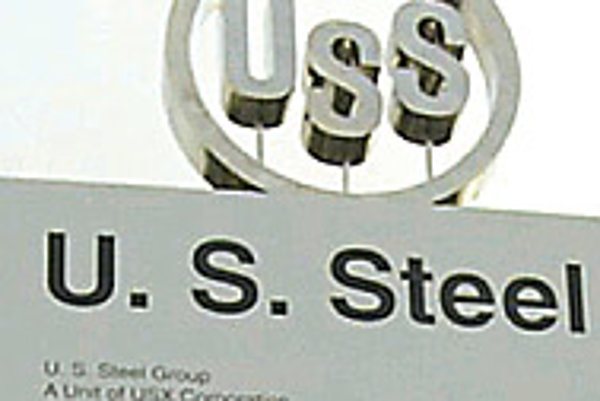 Font size:A-|A+  Comments disabled
Management at US Steel Košice have said that they have nothing to fear from a police check on their company's employment procedures following media suggestions that they may be skirting Slovak work legislation.

Following a February 28 article in the regional paper Košický Korzár, the firm denied that some American managers were working illegally, having not obtained work and residency permits following the foundation of the company in late November and the $400 million acquisition of the steel mill VSŽ.

"There is nobody here working illegally," Dave Luptak, general counsel at US Steel Košice, told The Slovak Spectator March 5. "We have nothing to fear [from any check by the immigration police]. We have been working with them closely to get all the required paperwork and finish this complicated process."

The Košický Korzár article had reported that US managers at the firm, formed after one of the most high-profile investments in Slovak history, had neither residency permits nor work permits. Under current Slovak employment law, any foreigner wanting to work in Slovakia must have a work and long-term residency permit, apart from certain exemptions (see chart, back page).

However, while admitting that not every foreign manager at the firm presently holds both, Luptak insisted that his firm was not breaking any Slovak laws.

"We are employed by US Steel International and contracted to US Steel Košice. We are confident that everything we have done is entirely legal, and we have been very careful to make sure that taxes have been correctly paid by everyone who needs to," he said.

When contacted by The Slovak Spectator, the Košice district II labour office said that while it was unwilling to talk about the situation at US Steel without a check on the firm, it would visit the company on April 15 to ensure that employment legislation was being adhered to. The office also said that US Steel Košice would be treated like any other firm in Slovakia if it was found to be breaking employment laws.

"If we find out that the firm is breaking the law, then we will impose the relevant penalty [up to 500,000 Slovak crowns ($10,000)] on the employer," Margita Kučerová, director of the office, said March 6. She added: "However, it is a difficult situation because top level management at companies [supervisory board and statutory representatives of the company] have different legislative conditions to fullfil than other, lower level managers."

Slovak employment law states that foreigners on company statutory bodies are not required to hold work and residency permits to carry out their duties.

US Steel Košice has begun the process of acquiring residency permits for what Luptak said were "between 40 and 50 employees and their families".

The Košice Foreign and Border Police have said that they have "received a number of applications from US Steel Košice employees" and that "there is no reason why they should not be granted". They said that they would not be carrying out any checks on the steel firm unless advised to by the Labour Office.

A matter of interpretation

The media attention has highlighted what many foreign firms and sector experts have said is unclear and poorly-formulated legislation governing how foreigners can work in Slovakia, adding that the drawn-out and complicated process of attaining the required residency permit is threatening vital foreign investment.

"The law is just nonsense. It is completely unworkable in practice, and with situations like this, it is all just down to an interpretation of the law. Technically, you can't work here without a work permit and a long-term residency permit, but with a case like this it depends on the police's interpretation to decide whether the law is being broken or not," said one human resources analyst who asked not to be named.

The analyst added: "If you have started the process of getting the right documents and someone checks up on you, they will almost always just accept that you are in the process of getting papers and not do anything, even though technically that is not the letter of the law. US Steel are probably OK, but again, it is a case of how the law is interpreted."

Consulting and HR firms dealing with the problem on a daily basis, however, are divided as to whether US Steel managers are breaking the law.

"It is possible to work here as an assignee of a multi-national firm for a fixed period, and people who are members of the supervisory board do not need to have a work permit, but they must have a residency permit," said Christian Mandl, head of Danube Consulting, a firm which also helps foreigners get work and residency permits.

But Steven Kelly, partner at human resources firm KNO, said "I personally know of no legal way that a foreigner can work here without the required permits."

The government has said that it is preparing new legislation to speed up the process of obtaining residency and work permits for foreign workers.

"We are drawing up a proposal within the government whereby we would change the current laws governing such a situation. It is difficult to say when we would bring this in, but it is under discussion," said Deputy Prime Minister for the Economy Ivan Mikloš, March 5.

"The government has approved material that would allow for companies with a basic capital of more than one million crowns and founded by persons from OECD states to have a much simpler system [for gaining work permits for managers] than at present."

Alan Sitár, head of the government investment agency SARIO, added: "This problem has existed here for a long time and we are aware of its existence and are trying to speed up a solution for it. The reason we haven't dealt with this issue up to now is that we have been focusing on an incentives package that has included important things [such as implementing 10-year tax holidays], and we thought it better to deal with this problem before opening up the process of dealing with another one.

"I cannot give you an exact timeframe for when this legislation would come in, but can merely reiterate what Mr Mikloš has said, that it is being prepared now and is on the table," he said.

While the government has plans in the pipeline, however, the fact remains that some foreign employees have to wait as long as 10 months for long-term residency permits, and are forced into bending the law in order to stay in Slovakia and work.

"We need a systematic solution. It's not just a problem with this one firm, it's the same with many other firms. But the process will take a long time," said Sitár.

Unfortunately, say many in the business sector, while the government works on its legislation, foreign investors could be turning away from Slovakia in frustration.

"The US Steel case has really highlighted this problem. Every country in the world jealously guards its labour market, which is all well and good, but the government here has to make some kind of distinction between different types of people who work here," said Karol Balog, head of the Agency for Industrial Reconstruction and Development (AIDR).

"In a weak labour market like Slovakia, there should be a distinction made between people who come here and invest and want to work, the people who are bringing money and opportunity, and large numbers of migrant workers, such as those from the Ukraine, which is a real problem for the job market here.

"It is right that the government is looking to protect the market, but it needs to make a distinction between the two types of people applying," he said.

Danube Consulting's Mandl added: "This is a real problem for foreign investors. It involves a lot of painful paperwork, and people are often left asking themselves 'what is all this paperwork for?'. Sixty days is the official duration [from time of application for a work permit to receiving it], but of course if there is one document missing or wrong then you have to start the whole process again."

However, according to US Steel Košice's Luptak, the situation would be no different in any other country.

"It is just that the process, as in any country, is a very long and complex one. Try and get a green card in the United States, and you'll see how long it takes," he said.

According to the British Home Office, the situation in the UK is little different. "It would really depend on each individual case, and it would obviously take time and one has to make sure that every application is thoroughly checked out, but we are talking about months and not weeks [to get a work or residency permit]," a home office spokesman said.

Some foreign entrepreneurs in Slovakia have suggested that there are other problems beyond just the time-consuming nature of applying for the permits.

"I've not had big problems myself [with obtaining requisite working papers], but I would say that there should be a single sheet for people telling them exactly what it is, what documents and so on one has to provide for the permits," said Gerard Heikens, head of Dutch firm GM Engineering.

For those at US Steel, the current attention that has been focused on its employment policy is "troubling".

Luptak said that although his firm had not been breaking any laws, the speculation over its activities overshadowed what he stressed was a real effort by foreign managers to immerse themselves in local culture, and an accompanying attitude from the authorities to the process of making sure legal norms were followed in the steel maker.

"The immigration police have been very friendly, very helpful, very fair to us and very cooperative. I would have no criticism of them at all. The fact of the matter is that this is just a very detailed process that we have to go through," said Luptak.

"All the managers at US Steel Košice have leased houses and are living very much within the Košice community. The last thing we wanted to do was to all live as one [foreign] community and be some sort of an enclave of our own. We wanted to be a part of the Košice community and have tried, as much as is possible, to assimilate into the local culture. Many families have sent their children to public schools here.