Coalition digs in for long-haul reform

Slovakia's ruling coalition cheered in parliament and sang a rousing version of the Slovak national anthem after passing a series of amendments to the constitution on Friday February 23. But on the following Monday, party leaders were back at the negotiating table discussing their next vital reform - that of public administration.
"There's a lot of work left to be done," said Ľubomír Andrassy, a member of parliament with the ruling coalition Slovak Democratic Left (SDĽ) party. "But I believe we can resolve our differences."
Unlike the constitutional reform, which was passed in one vote, public administration reform will require the passage of over 100 new laws and amendments, a process expected to last months. The government's 200-page reform plan, ratified in April 2000, calls for the creation of 12 new regions, each to be governed by a new popularly-elected regional parliament. Slovakia currently has eight regions administered by state bureaucrats. 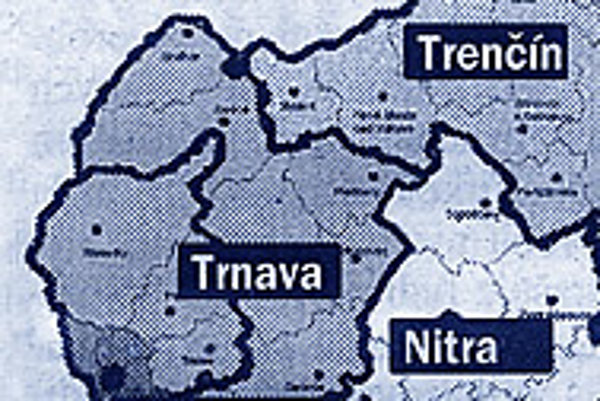 Font size:A-|A+  Comments disabled
Slovakia's ruling coalition cheered in parliament and sang a rousing version of the Slovak national anthem after passing a series of amendments to the constitution on Friday February 23. But on the following Monday, party leaders were back at the negotiating table discussing their next vital reform - that of public administration.

"There's a lot of work left to be done," said Ľubomír Andrassy, a member of parliament with the ruling coalition Slovak Democratic Left (SDĽ) party. "But I believe we can resolve our differences."

Unlike the constitutional reform, which was passed in one vote, public administration reform will require the passage of over 100 new laws and amendments, a process expected to last months. The government's 200-page reform plan, ratified in April 2000, calls for the creation of 12 new regions, each to be governed by a new popularly-elected regional parliament. Slovakia currently has eight regions administered by state bureaucrats.

"It's the biggest government reform yet undertaken by the coalition," said Miroslav Kňažko of the Bratislava-based economic think tank Mesa 10. "A completely new level of self-government will have to be created between the state and municipal levels."

Slovakia's current system of 'public administration' - how the country governs itself - includes an extensive central state system at the national, regional and district level. At the local level Slovak citizens elect only municipal government; the coalition is set to create a new regional elected government, as well as phase out the state's presence around the country.

Kňažko explained that a bevy of state powers would eventually devolve to the 12 newly-created regions, in keeping with the European Union's principle of 'subsidiarity', which ordains that government be brought as close to the average citizen as possible. "Everything from education, urban planning, regional planning to health care will be controlled by the new regions. In other words, decisions will be made closer to those people whom they affect," Kňažko said.

"Citizens in eastern Slovakia, for example, will be making decisions for themselves, instead of having bureaucrats and ministers in Bratislava make these choices."

The celebrated constitutional reform, which also emphasised decentralisation, set up the legal framework for public administration reform by including the concept of regional government in the country's basic legal document. "It created space for a new level of government," said political analyst Gegorij Mesežnikov, head of the Institute for Public Affairs (IVO) think tank in Bratislava. "Now the specifics have to be laid out."

According to polls on the government's web-site, 71% of Slovaks support public administration reform. Yet the 10-party ruling coalition has been divided on the details since it agreed in October 1998 that the reform was necessary. The passing of the constitutional amendments, which required the support of all of the coalition government's 90 MPs in the 150-seat parliament, raised hopes that the coalition would stay unified as it enacted public administration reform.

But the exact boundaries of the 12 new districts, long a point of contention within the ruling five-party coalition, has once again sparked conflict.

During March 2 talks on public administration reform, the Hungarian Coalition Party (SMK) offered five proposals for the creation of the 12 new districts, including a compromise on their controversial demand for a region in southern Slovakia comprising a Hungarian majority.

The compromise called for municipalities with traditional Hungarian majorities in western Slovakia to be put into a "greater Nitra" region, where Hungarians would constitute a 38% minority, but where they would have a greater voice in regional politics than they do on affairs at a national level, where they represent about 10% of the overall population. Leaders from other coalition parties rejected all five SMK proposals out of hand, prompting SMK party leader Bela Bugár to walk out of the meeting [see story, front page].

"Districts shouldn't be drawn according to ethnicity," said the SDĽs Andrassy in explaining the coalition's intransigence. "The Hungarians only considered this point of view. It was not the best option in terms of infrastructure, history or the economy."

A March 5 SMK press release compared the unwillingness of their coalition parties to discuss their proposals to the "style of the Mečiar government", referring to a 1994 to 1998 period in which Slovakia was governed in authoritarian style by Prime Minister Vladimír Mečiar's Movement for a Democratic Slovakia (HZDS) party.

The Hungarians' anger may not have doomed the reform, however. While passing the constitution required the support of all 90 coalition MPs, passing laws for public administration reform would only require a simple majority, in theory 76 votes, but in practice 75 because of the absence of HZDS MP Ivan Lexa, who fled the country last summer when wanted for questioning on the 1995 abduction of the former President's son. The coalition has exactly 75 votes without the SMK.

"The coalition could pass the law creating the new regions without the SMK, since the opposition is one person down with Lexa missing, three independent votes are available, and only a majority of those MPs present in parliament during the vote is necessary," said Mesežnikov. "But it could create hard feelings that would make passing the other laws necessary to the reform more difficult."

Both Prime Minister Mikuláš Dzurinda and Speaker of Parliament Jozef Migaš released statements saying that while none of the Hungarian proposals were acceptable to the other coalition parties, they were working to keep the Hungarians in the coalition and in support of the reform.

Dzurinda also noted that the government was under the pressure of time to resolve other details, such as the type of regional elections to be held and the speed of reform, as it was vital that "elections to the regional parliaments be held this year."

"If elections aren't held by November this year, parties are going to start thinking about national elections in fall 2002, and the [regional] elections would have to wait another year," explained Kňažko.

Statements by the opposition have added to the sense of urgency. Former Prime Minister Mečiar has said that his HZDS party would consider changing public administration back to its current form in 2003, should the reform be passed and should his party enter government following 2002 elections.

"I don't think Mečiar will win, but if regional parliaments were in place, it would make it difficult for him to change the reform," said Mesežnikov. "It also brings up an important point: Once Slovakia is more democratic and more decentralised, the possibility of authoritarian forces controlling the country will be reduced."

The SDĽ's Andrassy says coalition MPs are aware of the urgency, that they have united behind reform, and that he expects the reform package to be finished before July.

Already, signs are appearing to support his belief. The government approved and sent to parliament two laws March 4 that would make it easier to lay off public sector employees. According to the reform plan, in transferring state powers to regions with elected leaders, state bodies will have to lay off thousands of bureaucrats (20% of state employees in the first two years after public administration reform is passed). While the previous laws gave state employees a kind of 'tenure' that protected them against firing, the new laws will allow the cuts to be made wholesale after January 1, 2004.

It's a sign of progress - if only a modest one. "I still think it's a bit optimistic to expect that the entire public administration reform will be finished by July," said Mesežnikov. "We're talking about hundreds of laws. The process could even run into next year. But as long as the laws on the new regions and their elections are passed soon, the elections can take place in November while other details are worked out."

He added that he expected the law creating the 12 new regions to be passed by parliament some time before the end of March.