The luxury of cheap parking in city centres across Slovakia may soon become a thing of the past following an amendment to the Law on Fees for Parking which could see motorists paying as much as 100 crowns ($2) per hour.
City authorities have said that the new fees will help them in their fight to clean up pollution and ease traffic congestion in downtown areas.
Problems with parking in Slovak cities had been growing since May last year, when the Constitutional Court ruled that town authorities in Trnava, 40 kilometres from Bratislava, could not collect fees for parking in the city's central zone since there was no law allowing them to do so. The court's decision prompted the cancellation of similar policies in other towns. 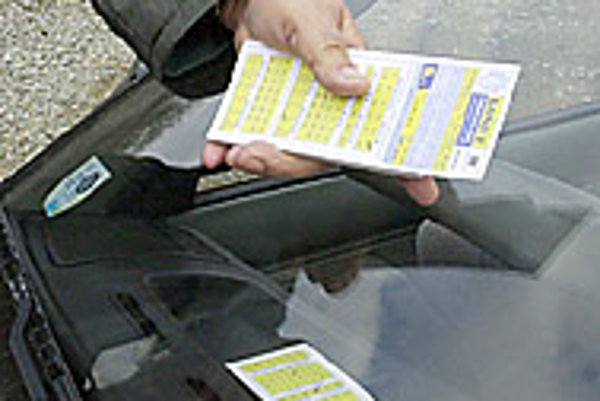 Font size:A-|A+0
The luxury of cheap parking in city centres across Slovakia may soon become a thing of the past following an amendment to the Law on Fees for Parking which could see motorists paying as much as 100 crowns ($2) per hour.

City authorities have said that the new fees will help them in their fight to clean up pollution and ease traffic congestion in downtown areas.

Problems with parking in Slovak cities had been growing since May last year, when the Constitutional Court ruled that town authorities in Trnava, 40 kilometres from Bratislava, could not collect fees for parking in the city's central zone since there was no law allowing them to do so. The court's decision prompted the cancellation of similar policies in other towns.

However, the latest amendment has enshrined the collection of fees by local authorities in law. Effective as of March 1 this year, the amendment states that parking fees in a town can reach a maximum of 20 Slovak crowns per hour, but that in a town centre they can climb five times as high with individual municipalities having the right to adjust the fees accordingly.

Košice's deputy mayor Boris Farkašovský said March 5 that the town council will discuss hiking parking tariffs in the middle of March or April. "The town will try to solve its parking issue, because it is impossible to leave a car for a whole day parked in the centre for only 10 Slovak crowns ($.20) as at present," he said.

In the capital Bratislava, local government officials have said the new law will force both firms and drivers themselves to do something about what is becoming an acute problem.

Milan Vajda, spokesman for the Bratislava Old Town mayor, said that "parking at sensitive places in the centre has already become overwhelming. Employees or clients of firms park right in the centre of the city and block the streets, because employers do not take sufficient care to provide private or off-street parking spaces".

Fighting for a higher law

Although the municipalities are pleased with the change to the legislation on parking, they have also been campaigning for approval of a higher legislative law, the Law on Civic Thoroughfares. This wider law is seen as vital by many mayors to assisting local authorities further in developing a longer-term solution to traffic problems in towns.

"Parking payment discipline is very weak in Bratislava's centre. The amendment approved would not solve the entire parking problem in Slovakia. In other European countries, regulations governing public parking are embedded in higher legislation, creating a more effective legal framework for a town's parking services," said Vajda, adding that he expects the Law on Civic Thoroughfares to be approved in May.

Despite their disappointment at getting only lower-level legislation approved, however, municipalities and environmentalists agree that the approved parking amendment is the first step in solving the issue, and hope that through higher fees, there will be less traffic in town centres, and that pollution levels in towns will be cut.

"If people are forced to pay higher fees in the centre, they will think twice about where to park their cars, and will use alternative means of transport, such as public transport. This could then enable us to regulate the centre's traffic to prevent traffic jams. Increasing parking fees is the only way to make shopping and getting supplies to shops in the centre possible," said Pavol Tomašovič, spokesman for Trnava Town Council.

Igor Polakovič, head of the Greenpeace office in Slovakia, said that improving any law on this issue was a positive step.

"The fewer parking places there are, and the more expensive they become, the higher the motivation for motorists not to enter a town's centre with their cars," said Polakovič. "It doesn't mean that we want only the rich to park in the centre, but it's not easy to breathe in any town. All the pollution, noise and vibration from cars have a detrimental effect on people's health. For example, Bratislava has the highest number of citizens with allergies related to traffic pollution in Europe - almost 80%."

He added that in western European cities, "authorities have already raised parking fees to stop people bringing cars into the city centre - they have already understood the harm cars can do to people in cities", and called on the increased fees to be complemented by an increase in the use of public transport and the construction of garages.

"However, every new place in a garage should erase a parking place on a street."

Some big companies situated in town centres provide indoor parking for their employees or yearly pre-pay parking places in front of their buildings. However, smaller firms' employees and clients in city centres with large pedestrian zones are dependent on parking in public places.

"The main problem with parking in Bratislava is that there is no space for parking," said Juraj Chrenka, co-owner of Omega Tours travel agency, which has offices in the centre of Bratislava. "Clients of our agency have to drive around Bratislava till they find a free space to park their cars. And occasionally they end up out of the centre."

Trnava Town Council's Tomašovič said: "People would drive to the town's centre from far-away areas and park their cars on the streets in the town's centre for the whole day, thus creating physical barriers for suppliers and those who come there for shopping."

According to Chrenka, the solution for his and similar firms' problems could be in buying places in underground garages that the town plans to build under the centre.

Despite the potential effect on business, it is the ordinary motorist who seems most likely to be affected, and people have said that they are worried by the prospect paying 100 crowns per hour to park cars.

Alena Čurlejová of Banská Bystrica, whose city authorities have said they will again start charging for parking in the town's centre, said that she is planning a new daily commute to work.

"If the parking fees in the centre of town reach the maximum, I will park my car outside town and walk or use public transport," she said.