Plans to raise deregulated prices at the start of 2002 have been praised by analysts as a bold and important economic move. The planned hikes, announced by Deputy Prime Minister for the Economy Ivan Mikloš March 5 would, if agreed to by cabinet, be implemented at the start of an election year.
The hikes, which would see prices of gas, electricity, heat, transport and post rise by 10%, and water and government controlled housing rent by 23% and 35% respectively, would be the fifth set of increases since the government came to power in late 1998.
While Mikloš will be trying to push for cabinet agreement to run the political gauntlet of a socially unpopular move close to elections, political analysts have said that the rise, while economically justified, will have to be accompanied by 'sweeteners' for voters. 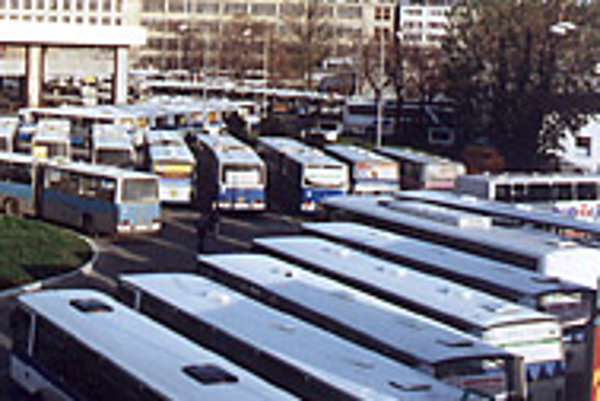 Font size:A-|A+0
Plans to raise deregulated prices at the start of 2002 have been praised by analysts as a bold and important economic move. The planned hikes, announced by Deputy Prime Minister for the Economy Ivan Mikloš March 5 would, if agreed to by cabinet, be implemented at the start of an election year.

The hikes, which would see prices of gas, electricity, heat, transport and post rise by 10%, and water and government controlled housing rent by 23% and 35% respectively, would be the fifth set of increases since the government came to power in late 1998.

While Mikloš will be trying to push for cabinet agreement to run the political gauntlet of a socially unpopular move close to elections, political analysts have said that the rise, while economically justified, will have to be accompanied by 'sweeteners' for voters.

"These plans should not be politically destructive to the coalition in themselves, many of the rises are not drastically high, but their negative aspects can be offset by some other softening measures," said Grigorij Mesežnikov of the Institute for Public Affairs (IVO) think-tank.

"What the government will be keen to do [in election year] is to take this step and maybe offer some groups, such as families on lower income or old age pensioners, a reduction or partial exemption on the rises. They have to show that they are not thinking purely about macroeconomics, but also about people."

In 1999 the government introduced two sets of radical price rises, on each occasion bumping regulated prices between 30 and 50%. They were followed by further rises at the start of 2000 and this year, with deregulated prices having now more than doubled over the last two years.

But in announcing the latest proposals for the tariffs, the deputy prime minister said that the rises, excluding rents and water, were merely in line with increasing producer costs. "These proposals would see price rises following inflation developments and rises in producer costs predicted for next year," said Mikloš. Analysts' estimates for inflation in 2001 and 2002 range around 7%.

The proposed rises are also designed to bring prices in various sectors more in line with the 'real' costs of goods. The government has long held that price rises are an inevitability in the run up to the privatisation of state-owned firms such as Slovenský plynárenský priemysel (SPP), the world's second-largest gas distributor, power monolith Slovenské elektrárne (SE) and water utility Vodárne a Kanalizácie (VaK), and the gradual liberalisation of the utility markets.

Deputy Prime Minister Mikloš has stressed that the state can no longer bear the financial burden of keeping prices artificially low, and made it clear that the rises had one eye on the sale of SPP. "No one is going to enter SPP if there is not [a degree of] price deregulation," he said.

The state is looking to shed a 49% share in the company by the end of this year in what would be the biggest state sell-off in Slovak history. Transporting much of the gas which flows from Russia to western Europe SPP has always been a cash-cow for successive Slovak governments, and has been valued at between $6 and $8 billion.

Economic analysts have said that the moves to raise gas prices again are sensible in the run-up to the company's sale, and an important show of cabinet willingness to push through a successful privatisation.

"It is an important sign that the government is serious about the sale of SPP and allowing any new owner of the firm to start off at a reasonable [price] benchmark," said Michal Benak of the mergers and acquisitions firm Navigator. He added: "It's also a gesture to build investor confidence. It shows that the government is willing to take a social and political risk to make the SPP sale a success."

However, others have suggested that regardless of the SPP sale, a longer-term deregulation of prices is necessary. "What would be best in Slovakia is the approval of a three or five year plan for price deregulation to give investors a clear idea of what will happen [with prices] in the future," said Pavol Ondriska, analyst at Slávia Capital brokerage house.

Although Mikloš has said that the proposals have been approved by fellow 'economic ministers' Economy Minister Ľubomír Harach and Finance Minister Brigita Schmögnerová, experts have said that the rises are likely to face a tough ride in gaining full support within cabinet, coming so close to the start of election campaigning in summer next year and being traditionally opposed by the coalition Democratic Left Party (SDĽ), of which Schmögnerová herself is a member.

The last set of tariff hikes met with reluctant acceptance from the Finance Minister and fierce opposition from trade unions, who claimed that many companies would be forced into bankruptcy. Indeed, original proposals had been for rises of 20% in electricity for households, 25% for gas for households and 30% for both for large-volume customers. But following union protests a compromise was worked out and electricity and gas for households rose 15% and 20% respectively, while firms saw an increase of 12% and 15 to 25% respectively.

Similar conflicts are expected with the next set of hikes. "This might well become a very politically sensitive issue," said Marek Jakoby of the think tank MESA 10. "People will just see the price rises and nothing else, and it goes against political protocol, as it were, to introduce this kind of thing in an election year. Economically it is good, but politically it may not appear so smart. I can see a fight to get this approved."

The IVO's Mesežnikov agreed, pointing to the SDĽ as the main source of any potential problems within the government on the issue. "As with any price rises, they will affect a certain part of the electorate's voting tendencies, and opposition parties may use this to their benefit. But within the coalition it will be the SDĽ who will be most opposed. As a leftist party, they will have to explain to their voters why they are supporting a measure that is socially unpopular," he said.

He added, though, that he believed, "despite any SDĽ opposition, approval for the rises will be gained".

For families across Slovakia, however, it means that the financial cost of daily living will rise yet again.

"It will be extremely hard for families in general. We've given a lot so far, but we've had nothing back [from the government in return]. Why should we have to pay more? Maybe the state should continue subsidising certain things," said Juraj, a 50 year-old Bratislava resident.

"It's easy to look at Bratislava and see that there's not much unemployment here in comparison with other regions, and people here say that if we want to change to capitalism and we want to be able to have more things we should accept that we have to have price rises. But take a look at other parts of the country. For families outside Bratislava, this will be very difficult."