By refusing on March 20 to sign an amendment to Slovakia's Law on Fines for Air Pollution, President Rudolf Schuster sparked a new debate over national priorities: saving the jobs of over 4,000 coal miners, or conforming to European Union guidelines for environmental law, where Slovakia has perhaps the most work to do in its efforts to join the EU.
The amendment had sought to keep the air pollution fines paid by companies using more than 30% Slovak coal at 2000 levels.
In returning the law, after parliament had passed it in late February, Schuster heeded the objections of the Environment Ministry, the government and environmentalists, who had said that parliament was protecting the mining jobs at the expense of the environment. 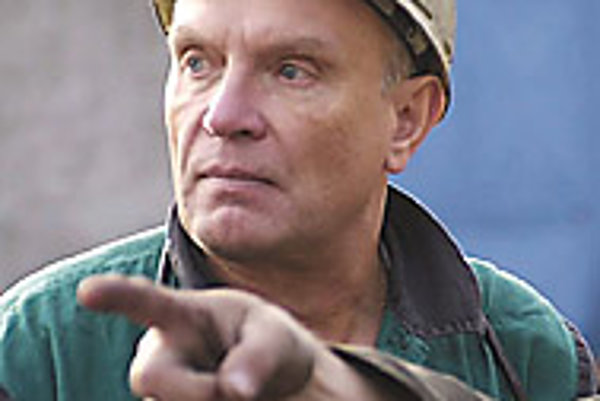 Font size:A-|A+0
By refusing on March 20 to sign an amendment to Slovakia's Law on Fines for Air Pollution, President Rudolf Schuster sparked a new debate over national priorities: saving the jobs of over 4,000 coal miners, or conforming to European Union guidelines for environmental law, where Slovakia has perhaps the most work to do in its efforts to join the EU.

The amendment had sought to keep the air pollution fines paid by companies using more than 30% Slovak coal at 2000 levels.

In returning the law, after parliament had passed it in late February, Schuster heeded the objections of the Environment Ministry, the government and environmentalists, who had said that parliament was protecting the mining jobs at the expense of the environment.

On the other hand, with unemployment in Slovakia at a record 20.7% in February, mining companies accused the government and the ministry of risking their futures.

"It's not just a question of these 4,000, but also of their families. Who is going to look them in the eye [if they lose their livings]?" asked Fedor Boroška, director of strategy for the country's largest coal mine, Hornonitrianské bane Prievidza (HBP).

The thinking behind the amendment was simple - to protect consumers of Slovakia's abundant 'brown' coal from high fines for air pollution (brown coal is a less pure form of coal which is high in impurities such as sulphur, and thus more polluting than 'black' coal). The savings afforded to these consumers would encourage them to continue to use Slovak brown coal, and thereby save the domestic coal mining industry from collapse.

In 1998, parliament passed a law setting relatively low penalties for emissions, in order to give polluters time to make the necessary investments in clean technology. According to the law, as of the year 2000, these facilities were to begin paying far higher penalties for exceeding pollution limits, the amounts rising to 1600% of current rates by 2006 (see chart, page 2).

In practice, this would have meant that the electricity plants Elektrárne Nováky and Zemianske Kostoľany, owned by state energy utility Slovenské elektrárne, would pay about 40 million Slovak crowns in fines this year for their current emissions of sulphur oxides, an amount that would climb to 750 million crowns by 2006, at present emissions levels. Nováky and Zemianske Kostoľany are the principal users of brown coal in Slovakia.

Environment Minister Lászlo Miklós, who spoke with The Slovak Spectator March 27, said the high fines were meant to make up for the money that had not yet been invested into pollution control. "Absolutely nothing has been invested into the environment since 1992," he said. "Now that the time has come to pay, a problem has arisen - how?"

One of the main problems faced by Slovakia's hundreds of energy firms is that they simply don't have the money to begin paying high fines and investing into expensive pollution controls at the same time. According to Minister Miklós, many of these firms have simply refused to pay fines in the past, and now feel that "it is much easier to change a law than build a sulphur scrubber".

Of course, anything that affected the profitability of these energy firms would also affect their coal suppliers - the HBP mine in the upper Nitra region, the Baňa Dolina mine in south-central Veľký Krtíš, and the Baňa Záhorie in western Slovakia's Holíč.

The mines, particularly HBP, are worried that if their clients had to pay more to use Slovak coal, they might force their suppliers into paying the fines themselves, under the threat that the energy firms would turn to Czech coal, which has a lower sulphur content.

"This would put us in a situation where fines would exceed our profits from coal sales; that would kill us," said HBP's Boroška.

Slovenské elektrárne, which would pay about one billion crowns this year under the proposed fines, has in the past evaluated using Czech coal, but has balked partly because of the high transport costs, as well as the social costs of seeing Slovak coal mining collapse. HBP has about 7,000 employees, Baňa Dolina a little over 700 and Baňa Záhorie about 400.

"Really, it was fear of this kind of behaviour from energy firms which led us to propose amending the [air pollution] law," said Marián Mesiarik, a member of parliament for the ruling SOP party. "[The amendment] would make the situation a lot easier for these firms, and would protect employment for miners."

SE, through its spokeswoman Alena Melichárková, said that "[SE] has not considered importing brown coal from abroad. HBP and SE have a contract for supplying brown coal in 2001." She added that SE would only consider the effects of higher pollution fines on its business once the law had been amended.

If not how, then when?

For all the concern about mining jobs, there will be deep cuts to the mining workforce in the next few years, whether pollution fines are raised or not. Baňa Dolina, which has been operating since 1961, is set to be closed in 2003 as its veins run dry; HBP should see its three mines exhausted somewhere between 2001 and 2005. Only the relatively young Baňa Záhorie has been given a life span of several decades.

Some environmentalists thus feel that forgiving fines will neither save jobs nor improve air quality, and that other ways should be found to meet the jobs crisis. "The general decline in coal mining, and the related threat that miners will lose their jobs, is an undeniable fact. Coal simply gets mined, and every non-renewable resource one day runs out. But that's not a problem of the Environment Ministry, so why do they want to solve it at out expense?" asked Minister Miklós.

But Ladislav Ambróš, an MP for the Slovak Green Party, felt that by delaying the fines, parliament would be giving miners enough time to train for other jobs. "Even if the exhaustion of our coal deposits is irreversible, we have to do everything we can to help people who destroyed their health in the mines find real work alternatives," he said.

The 4,000 jobs in question represent a powerful political motive for dismissing environmental concerns. Ambróš, one of the authors of the amendment, is from Veľký Krtíš, while co-author Ľubomír Dzurák is from Nováky, the site of the power plant. Slovenské elektrárne, which would be the biggest payer of fines, is led by a political nominee from Dzurák's SDĽ party, while representatives from various political parties sit on the management boards of the mines in question.

Asked if he knew of any economic or political lobby pressures to push the amendment through, Mesiarik said "I'm aware that such suspicions may exist, but I ask if we have either the moral or economic right to fire 4,000 miners when we could save them."

Miklós agreed that the amendment "can easily be called lobbying, after all, it's common knowledge that there is huge economic pressure in this matter - that's quite natural."

How the EU will regard the outcome of such lobbying remains to be seen. Mikuláš Huba, an environmental scientist with the Slovak Academy of Sciences, warned that Slovakia could ill-afford to complicate its fulfilment of environmental goals. "In the environment area we are going to have to ask for an exception anyway, and this amendment will only make matters worse," he said. "It would be a bad signal towards EU countries, which take environmental matters seriously, and would also simply prolong our own entry process, since Slovakia would not be meeting emissions standards until 2006."

To bridge the gap between the two sides, President Schuster returned the law to the government and suggested that cabinet add a clause saying that firms which invested in pollution technology would pay no extra fines until 2004. The idea has so far been supported by all sides in the dispute.

The government, however, has not yet discussed the new clause, and its press office told The Slovak Spectator March 29 that it could not predict when the matter might reach cabinet's agenda.

The delay is making at least one of the protagonists nervous. "If we don't accept the president's proposal, it will be very bad," said Miklós. "It would mean that some firms would not invest anything at all into the environment. Unfortunately."