Slovakia is to be divided into 12 new regions, decided the Dzurinda government at a special session Sunday April 1. After a four-hour debate, 12 of 20 cabinet members voted in favour of a new plan to divide the country, a scheme known as 'public administration reform'. The reform will also delegate state powers to be assigned the new regions, and create a new level of elected regional governments, in keeping with a European Union principle that government be brought as close to the people as possible.
Despite the cabinet decision, Prime Minister Mikuláš Dzurinda warned after the session that "the game hasn't been won yet", in reference to the fact that for the reform plan to take effect, Slovakia's 150-seat parliament must first approve it. 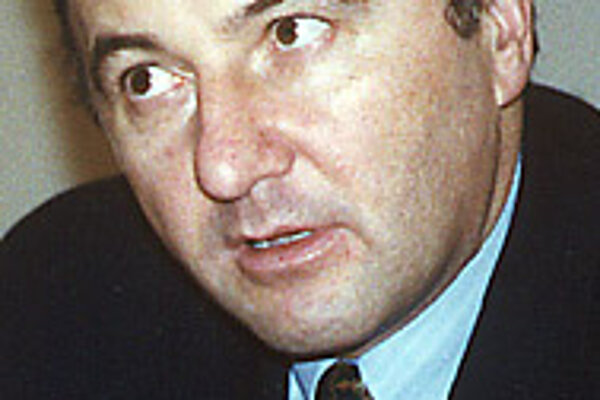 Font size:A-|A+0
Slovakia is to be divided into 12 new regions, decided the Dzurinda government at a special session Sunday April 1. After a four-hour debate, 12 of 20 cabinet members voted in favour of a new plan to divide the country, a scheme known as 'public administration reform'. The reform will also delegate state powers to be assigned the new regions, and create a new level of elected regional governments, in keeping with a European Union principle that government be brought as close to the people as possible.

Despite the cabinet decision, Prime Minister Mikuláš Dzurinda warned after the session that "the game hasn't been won yet", in reference to the fact that for the reform plan to take effect, Slovakia's 150-seat parliament must first approve it.

Fears that parliament might not support the cabinet scheme were given substance during the Sunday government vote when the six cabinet members representing the socialist Democratic Left Party (SDĽ) voted against the plan, while two members from the leftist Civic Understanding Party (SOP) abstained. The centre-right Slovak Democratic Coalition (SDK), Christian Democratic Party (KDH) and the Hungarian Coalition Party (SMK) were in favour.

Dzurinda's assertion that approval of the 12-region division was "just the beginning, not the end of reform" referred to the likelihood of open conflict among government parties as public administration reform moves to parliament for approval next month.

Four parliamentary parties have declared themselves against the plan for 12 regions rather than the current eight: the governmental SDĽ with its 21 members of parliament (MPs) and the SOP with 12, along with the opposition HZDS (42 MPs) and SNS (13). All four parties, totalling 88 MPs, have said they favour keeping the status quo at eight regions; with only 76 votes needed to approve a regional division, the four dissenters would be able to push through their plan, no matter what the cabinet approved.

At issue, said Grigorij Mesežnikov, president of the Bratislava think-tank Institute for Public Affairs, is the political networks that the four dissenting parties have already built up in the country's eight regions, networks they are reluctant to see dissolved by the cabinet's planned public administration reform.

"The parties which are pushing the eight regions not only lack pro-reform energy, but are also concerned mainly with preserving their current political influence. They want to maintain the status quo because they fear how the reform might turn out in practice. At the moment, they have well-developed regional political apparatuses in state administration which push party interests. If public administration reform altered this arrangement, it would weaken the regional power of these parties," the analyst said.

However, the way parliament votes could decide more than the fate of a reform the EU has cited as crucial: it could also lead to a political crisis in the government, which has 18 months in power before September 2002 elections.

"The SDĽ MPs will probably put forward a proposal for eight regions in parliament, which would draw the support not only of the SOP but also the opposition," said Pál Csáky, Deputy Prime Minister for Human Rights and a member of the Hungarian Coalition. Speaking to The Slovak Spectator minutes after cabinet members emerged, drawn and tired-looking, from their Sunday debate, he added: "If part of the ruling coalition passed a dissenting version of this reform, despite the fact that it is the core of the government's programme, it would cause a crisis in the coalition the likes of which we have not seen before."

For Csáky, were the SDĽ and SOP to side in parliament with the opposition, it would be far more than a case of political allies 'dancing with the devil' - it would be a slap in the face to the Hungarians, which gave up their insistence on a special region for Hungarian Slovaks (known as the Komárno Region) in order for the cabinet proposal to go through.

On March 31, a senior Hungarian Coalition council had narrowly voted to resign its demand for a Komárno Region, in which ethnic Hungarians would have been in the majority.

"We gave in, now it's the turn of our SDĽ and SOP coalition partners to convince their MPs to vote for the government proposal," said Csáky.

So will the SDĽ actually launch a counter-proposal in parliament?

"At the moment I can't rule that out," said SDĽ member Deputy Prime Minister for Legislation Ľubomír Fogaš shortly after the cabinet meeting. "The SDĽ's position is clear, we want eight regions, and our MPs are not bound by government decisions."

On April 3, SDĽ MP Vladimír Faič told the daily paper SME that "I predict we will submit a proposal for eight regions in partnership with the SOP."

"Dzurinda had to be expecting this," said SDĽ Vice-Chairman Ľubomír Andrassy for The Slovak Spectator the same day. "He put the 12 regions plan to a vote before the coalition had come to an agreement. He rushed it, and I can't rule out our coming to an agreement with the opposition."

The opposition has welcomed the apparent willingness of the SDĽ to negotiate. HZDS MP Oľga Keltošová said that "the HZDS has always supported the eight-region model, and would have supported it even if this proposal had come from the cabinet. Csáky's talk about a 'crisis' in the event that the reform was passed by the coalition and opposition together makes me laugh so much I want to cry."

Anna Malíková, boss of the nationalist SNS, said that the cabinet vote had shown the weakness of ties between government parties.

"They passed something completely different from what parliament wants, and that will come back to haunt them," Malíková said.

Not to be denied, Csáky proposed on April 1 on the private station TV Markíza's Na telo ('Hard Hitting') talk show that the parliamentary vote on the number of regions be tied to a confidence vote in the government itself. In this 'winner take all' scenario, Csáky said he counted on the SDĽ and SOP not daring to vote against the cabinet proposal for fear of destroying the government in which they were members.

But the plan did not find a taker in Dzurinda, who told a post-Sunday press conference "I don't think today is the right time to consider such ideas.

"I'm aware of the room in which I have to work, as well as of my responsibilities. The most important thing is to use the time we have for calm negotiation and finding a political consensus."

If that agreement is not found, said analyst Mesežnikov, and if public administration reform goes ahead on a coalition/opposition basis, "it wouldn't be the end of the ruling coalition. But while the SDĽ in parliament has many times voted against government proposals, this would really be a gross violation of coalition relations."