Culture Shock: How to win over Slovak pub waiters

A colleague and I were sitting in the beer garden of Bratislava's spacious Umelka pub last summer, ordering shots of borovička. Our waiter brought the first order, then another, then another... Eventually, he grew impatient.
"What about me?" he asked.
My colleague and I looked at each other, shrugged and ordered three more shots. "Ešte tri borovičky, si prosím."
He brought the shots, put down his tray, clinked glasses with us and downed the bitter alcohol. "Dobre," he said. "From now on, drop the [formal] vykať [form of address] and use the [familiar] tykať." 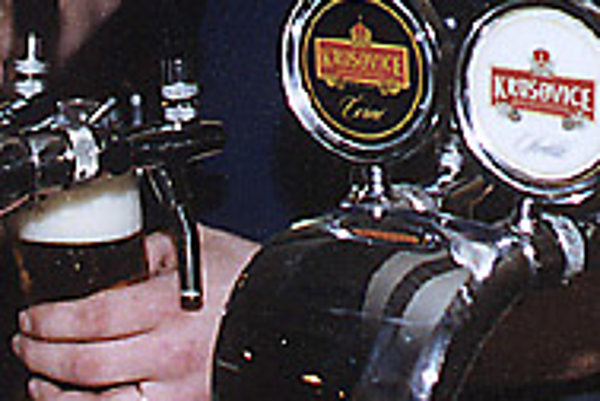 Font size:A-|A+  Comments disabled
A colleague and I were sitting in the beer garden of Bratislava's spacious Umelka pub last summer, ordering shots of borovička. Our waiter brought the first order, then another, then another... Eventually, he grew impatient.

My colleague and I looked at each other, shrugged and ordered three more shots. "Ešte tri borovičky, si prosím."

He brought the shots, put down his tray, clinked glasses with us and downed the bitter alcohol. "Dobre," he said. "From now on, drop the [formal] vykať [form of address] and use the [familiar] tykať."

And with that one shot, we had accomplished what for years had seemed the impossible: winning over the wait staff of a Slovak pub.

Bartenders and waiters, particularly in Bratislava, tend to be a gruff bunch, as if they haven't grasped that patrons would gladly hand over their money in return for civilised behaviour and professional service. Instead, beer glasses are underfilled and then slammed down on the table, gratitude is met with grunts, and requests for more are ignored with stoic indifference.

Particular scorn, it seems, is reserved for foreigners. 'What do you want?' their impatient stare demands if you elect to struggle with the Slovak language. If you dare stick with your native tongue, at best you'll get a drink (perhaps not the one you ordered) shoved in front of you, at worst no service at all.

So the symbolic welcome mat that Umelka has laid out for the Spectator staff seems all the more remarkable. Since buying that shot, we are now allowed to run a tab, we get served first even when there's a queue at the bar, and bartenders without a murmur fill the five litre beer containers we occasionally bring over on deadline night after the paper has been put to bed.

With this unexpected unfolding of events in mind, I asked an Umelka bartender, "Why do you like us?"

"You guys are good customers," explained Tomáš Pavlus, a hulking man who has also appeared in TV insurance company ads as a casually clad thug. "You aren't rude, you don't behave like you're important just because you're foreigners. One time, a man from Austria, who spoke only German, came into the bar. I looked for someone who spoke German to help him, but this Austrian got mad at him, saying 'How is it possible that no one here speaks German?' We don't like this attitude."

When The Slovak Spectator moved last March to its current address off Bratislava's Šafárikovo námestie, just across the street from Umelka, we took an immediate shine to the pub for its proximity as well as for its history. The famous Prague Spring photo of a man baring his chest to a tank cannon appears to have been shot by a photographer standing on the sidewalk outside today's Umelka beer garden.

But the wait staff, we felt at first, was typical for the country: surly service without a smile. We often complained about it amongst ourselves, and lamented that there wasn't a better pub near the office.

This all changed rather suddenly, and indeed goes beyond just professional courtesies. When I entered Umelka after returning from holiday in January, every waiter present shook my hand and asked about my vacation. As I sat contemplating an article over a beer last weekend, a summer beer garden waiter - whom I hadn't seen in months - walked in and greeted the pub staff. He then saw me, smiled, and walked over with a hand extended.

The colleague I'd been drinking borovička with that day in the garden thinks the friendly behaviour of the Umelka staff is due to the fact that "they're just a nice group of guys". Their patrons seem to agree, and act in kind: one regular, a girl of about 20 whose hair colour changes frequently (it's currently bright pink), spends so much time in the pub that she sometimes busses tables on busier nights.

If foreigners do come to your pub, how should they act? "Just act normal, blend in," he said. "It's a big plus when you try to speak Slovak, when you don't just expect that the waiter will speak every language.

"The first time you guys came into the pub, you ordered in Slovak," he continued. "We really appreciate it when we see the effort, although I must admit that we laugh when we hear you because it's clear that you're not Slovak. But it pleases me that you try, that you don't act like you're more important than me. When you guys sit at a table, I can hear you speaking to each other in English. But when you order, it's all in Slovak.

"That's my main tip to foreigners," he summarised. "Just be normal and don't stick out or be odmeraný [stiff or self-righteous]. Don't be too arrogant and don't think you're more important than us. The type of customer we seek is one who behaves on the same level as we do, who realises that customers and bartenders are equal. This is the attitude we like."

That's his advice. And ours? Buy a shot for the barkeep.